Jack Walsh is a born and raised Dubliner and is currently earning his degree in Advertising. An MMA writer since age 19, he is a former editor of Otwo Magazine, where he professionally stalked the likes of Martin Freeman, Sophie Turner and St. Vincent. 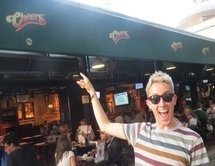