Jesse Bell is a photographer and mixed martial artist. He has been living full time at the Tristar Gym in Montreal, where he captures the behind-the-scenes moments of some of the most talented and known fighters in the world. After leaving Canada, Jesse plans on traveling the world competing in jiu jitsu and documenting the many lifestyles of fighting. 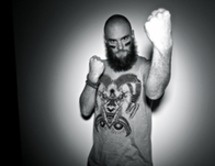