Peter Carroll became Ireland’s first MMA columnist in 2010 with Dublin Gazette Newspapers. Having graduated from a Journalism MA in 2011, Peter has featured in a host of top publications including The Irish Times, The Irish Examiner, Fighter’s Only Magazine and UFC Magazine. He owns three pairs of jeans, is entertainingly ignorant when it comes to social media, and genuinely fearful of a machine/robot revolution. 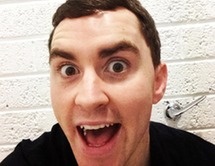