Shawn Smith is a Toronto-based freelance writer and journalist with a focus on combat sports. He wishes he was from Montreal. 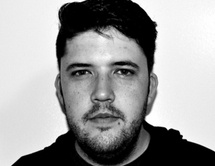