2017 is Looking Grim for World Series of Fighting 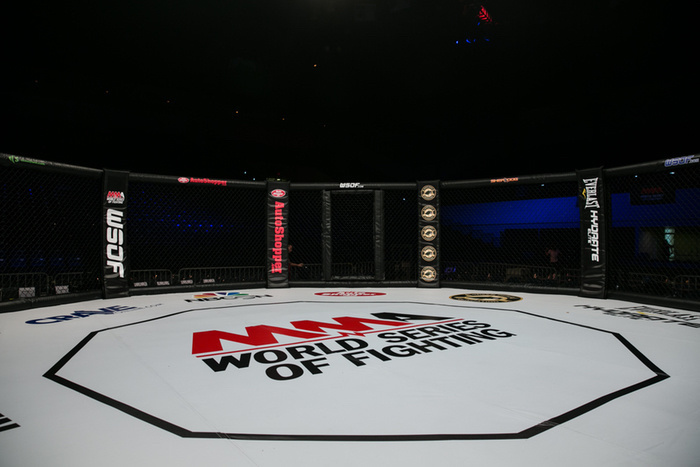 On December 31st of 2016, World Series of Fighting set up shop inside New York City’s hallowed Madison Square Garden with WSOF 34. Stacked with a whopping four title fights, and a host of recognizable names, this card was undeniably the promotion’s biggest ever.

In fact, WSOF 34 might have actually been unnecessarily stacked. While this four-title-fight card gave the organization a nice opportunity for saber-rattling in the wake of the UFC’s headline-dominating November debut in NYC, it’s difficult to say how much the addition of a fourth title fight to the bill really helped in terms of ticket sales and viewership numbers. The event pulled in a respectable 951,000 viewers during its NBC broadcast on the afternoon of December 31, but would it have done all that much less if it were a three-title-fight card?

By assigning its four most notable champions (lightweight champ Justin Gaethje, welterweight champ Jon Fitch, bantamweight champ Marlon Moraes, and light heavyweight and middleweight dual-division champ David Branch) to one card, the organization effectively bled itself dry for the first quarter of 2017. With the four aforementioned champions recovering from injuries sustained in their fights and enjoying a bit of downtime after training camps that trundled right through the Holidays, WSOF is now unable to call on them to headline their first few cards of 2017. This of course, is not a good thing—and unfortunately that’s hardly the biggest problem on the organization’s plate at the moment.

World Series of Fighting limps into 2017 weighed down by a litany of other issues. For one, two of its best known fighters are now free agents. One is lightweight champ Justin Gaethje, who has extended his win-streak to a sparkling 17-0 with nine-straight wins in the WSOF cage. The other is bantamweight champion Marlon Moraes, a teammate of UFC stars like Eddie Alvarez and Frankie Edgar, and arguably the best 135’er outside the UFC’s Octagon. Both of these fighters are now able to field offers from other organizations, and could well be snagged by the decadently-baited hooks of the UFC or Bellator. To make matters worse, WSOF’s welterweight champion Jon Fitch, a former UFC star and another one of its biggest names, is now contemplating retirement.

Yes, its very possible that WSOF could soon lose three of the biggest stars on its undeniably sparse roster; three champions that it has spent a could deal of resources developing. If this is the way things do unfold, then the organization will be forced to fill three vacant thrones with fighters that fans are far less familiar with, and thus far less likely to tune into watch. That’s not the last of the organization’s problems either.

It’s getting very hard to keep track of the many lawsuits that have been filed against MMAWC LLC, the entity behind World Series of Fighting. Given that they’re now being sued for a ridiculous seventh time in less than two years’ time, it’s not going to get any easier either. Yes, at a time when half its roster is still recovering from an extravagant New Years Eve card, and three of its biggest stars could disappear, WSOF is being sued again.

This latest legal bullet, as Bloody Elbow’s Paul Gift explains, was fired by former WSOF consultant Shawn Lampman. The reason for this lawsuit is an alleged conspiracy between WSOF’s majority owner Bruce Deifik, and NBC, the organization’s broadcast partner, to “actively oust” Lampman from the WSOF fold. Shady stuff, to say the very least, and just one of the many landmines the promotion must side-step in these first months of the New Year.

At this stage, its hard to say what the future holds for WSOF. It’s possible that the promotion successfully navigates the many issues it faces at present, and continues to exist as one of the biggest platforms available to fighters outside the UFC. Its also possible, however, that we’re witnessing the decay of the once promising promotion. Given that its next event, which was scheduled for February 28 in a location that shockingly still hasn’t been announced, has been postponed to March 18 for unknown reasons, this latter option is looking increasingly likely.

If this turns out to be the case, and World Series of Fighting is indeed on its last legs, then its stacked New Years Eve card will not be remembered as a celebration of things to come, but instead as a death rattle.

In Case You Missed It: Jon Fitch Is Finally a World Champion