5 Things I Learned from 'Let's Learn Judo with Vladimir Putin' 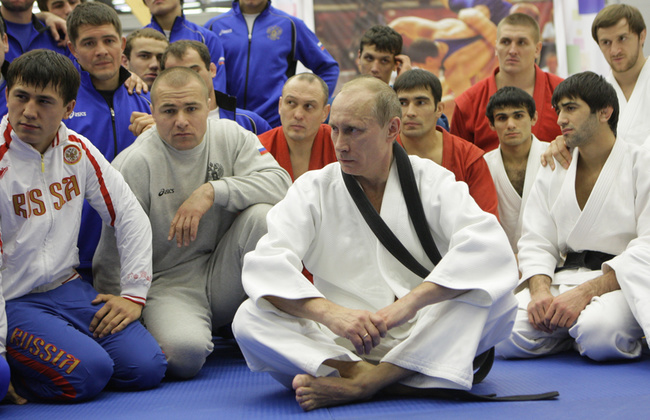 In 2008, former and future Russian Prime Minister and President Vladimir Putin released an instructional judo DVD to a certain amount of fanfare/bemusement from the Western press. Part of the infamous politician and former KGB agent’s 56th birthday celebrations, Let’s Learn Judo With Vladimir Putin, which is seriously the English translation of the title, was unleashed on the world at a massive and somewhat bizarre press conference in which the judo black belt with a penchant for displays of hyper-masculinity showed off his moves for members of the media. He then went on to insist that the DVD wasn’t really about him, that the title was an “advertising trick,” and that viewers “will not be learning from your humble servant but from real geniuses.” Which is always a believable statement coming from someone who has spent an entire press conference throwing people on their asses for the benefit of the world’s press. 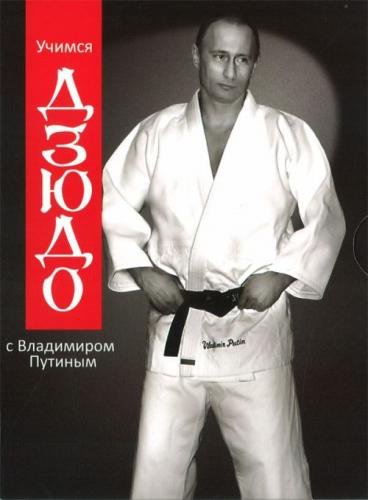 Yesterday I was informed that the entire DVD is available on YouTube. With a heady mix of morbid curiosity and a genuine desire to sharpen my incredibly meager judo skills  (I learned the bare minimum necessary to earn a BJJ blue belt in Ribeiro Jiu-Jitsu’s curriculum in 2008 and forgot it all soon after), I decided that I was going to try to do exactly what it says on the tin and learn judo with Vladimir Putin.

It was definitely and educational experience, albeit not in the way that I expected. Here are five things that I learned from my experience and one thing that I didn’t.

1. Let’s Learn Judo With Vladimir Putin is not nearly as weird as I’d expected/ hoped.

When I first heard that Putin had a judo DVD, I had visions of shirtless bear wrestling and over-the-top warm-ups worthy of a man who shoots, races trucks, tracks tigers and leaps into freezing lakes for fun. I thought that it wouldn’t just teach me judo, it would teach me the kind of psychological combat skills that would help me take on wild animals, annex portions of sovereign nations, and totally not have anything to do with my most vocal enemy’s suspicious death. But LLJWVP isn’t really that kind of instructional video. It’s a relatively somber affair that features just over 80 minutes of footage of some of the world’s best judoka, including world and Olympic champ Yasuhiro Yamashita, showing off their technique interspersed with clips of Putin talking about judo and tossing his training buddies around. It’s still an undeniably odd affair. I mean, it’s an instructional judo DVD by Vladimir Putin. It’s just bizarre in a more subtle way than its title or its titular judo learner’s usual exploits would suggest.

2. The version of Let’s Learn Judo With Vladimir Putin on YouTube has no English subtitles.

Lord knows I looked for them, but the only closed captioning option available on the bootleg of the video are auto-generated Russian closed captions. This presented a significant challenge for me, because the closest that I come to speaking Russian is knowing the patronymic names of my favorite Dostoevsky characters, but I decided to push through anyway. I genuinely believe that good martial arts instruction should be able to transcend language barriers to a certain extent. The best Muay Thai lessons I’ve ever had came from a Brazilian fighter and coach whose English, which was about a million times better than my Portuguese, didn’t extend much beyond “kickee head,” “and all the time punchy head,” “niiiiice,” and “go go go.” Some of the finer details and psychology will obviously be lost in the translation, but the nonverbal component of the lesson should be strong enough to give you at least a little something to go on. So I pushed on, even though I was disappointed that I would not be able to learn much about Putin’s warfare-like insight into the discipline beyond what RT translated in their short video on the disc.

Yes, I realize that this should be somewhat obvious. The man has been training since childhood (he’s also dabbled in karate and sambo) and very few people achieve a black belt in a martial art without holding some affection for the discipline. But there’s normal love and then there’s producing a feature-length instructional video love. For all of Let’s Learn Judo’s faults, which I’ll get to shortly, it is a pretty pure love letter to the martial art packed with some of the best in the game showing off what they can do both at regular speed and in slow motion. It’s basically porn for judo nerds.

4. Vladimir Putin doesn’t care about production values quite so much.

The techniques being filmed are solid, but the way in which they’re filmed is somewhat less impressive. The DVD looks like someone filmed it on a camcorder in 1991 and then edited and made graphics for it in 1995. It looks like something someone would come up with to make fun of Eastern Bloc production values. Or maybe it looks like something that Max Renn would have purchased for CIVIC-TV before he discovered Videodrome.

5. Vladimir Putin’s Armbar is so devastating that people tap to it before their elbows are even extended.

I’m cheating a little bit on this one, because this actually comes from the Let’s Learn’s press conference and not the DVD itself, but oh my god, look at this magic.

The only thing I didn’t learn from Let’s Learn Judo With Vladimir Putin was judo. For an instructional video, it doesn’t offer much in the way of actual instruction. I realize that I missed out on all of the verbal explanations thanks to the language barrier, but the footage itself isn’t helpful at all. Instead of getting his high-end judo friends to break down moves and demonstrate them step-by-step, Putin and his team simply got them to repeat the move multiple times and then added some slow motion and closeups of the occasional grip or foot position in post-production. If you were dedicated enough and had a good attention to detail, you’d probably be able to produce a reasonable facsimile of a couple of chokes, O Goshi, O Soto Gari, and maybe even Uchi Mata, much in the same way that you can learn dance moves from carefully watching and mimicking music videos. But you’d probably get more from watching any other judo instruction video on YouTube on mute than from watching this. Let’s Learn Judo With Vladimir Putin is really more like Hey, Check Out This Cool Shit With Vladimir Putin.