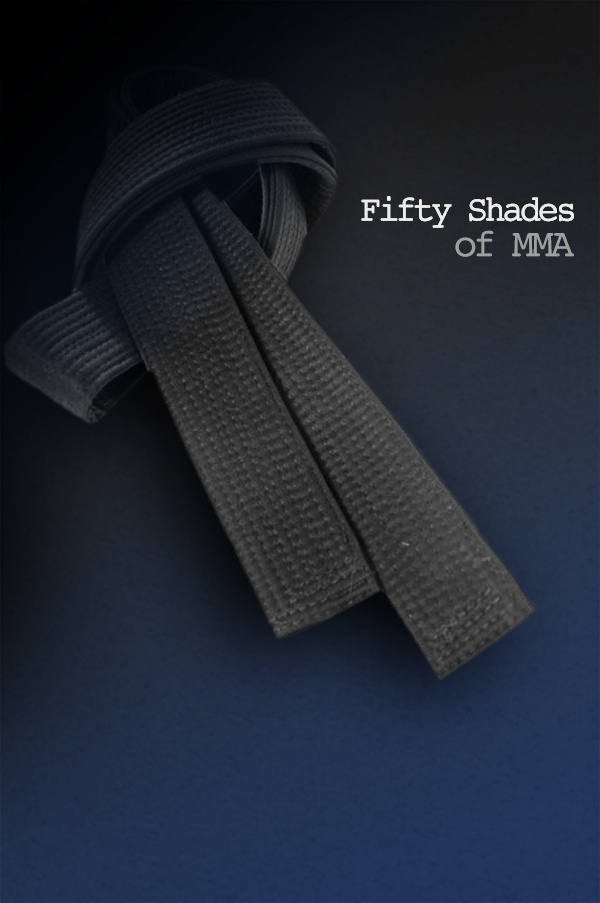 As a sport and as a mythology, MMA has yet to truly find its champions in the literati. Sure, poets may sneak away and watch UFC pay per view events in the privacy of their own homes, but few are currently ready or willing to bring their passion for a well-timed jab or a perfect armbar to their verses. Components of MMA are often celebrated by critically acclaimed writers – boxing, the sweet science, has a particularly strong cannon – but the actual mixing of martial arts is largely unexplored territory.

There is one form of writing that has wholeheartedly embraced mixed martial arts, though: erotica. Over the past few years, Fighter Erotica has become a legitimate subgenre filled with novel-length tomes and multi-book series that explore variations on traditional romance stories with a combat-fueled twist: A strong-willed woman meets an alpha male professional fighter, usually with some sort of issue. Sparks fly. Uteri clench. She cheers him on as he fights in a way that makes blood erupt from his opponent’s face and other bodily fluids flow from her pelvic region. She then challenges him outside of the ring and they face his issues together. They bang and live happily ever after.

Beyond being kind of a big deal on the internet, Fighter Erotica is also becoming big business, landing multiple e-books on the New York Times bestseller lists and making minor sensations of authors. Even romance-writing veteransare getting in on the action.

With titles like Down For The Count, Raw, Choke, Fighting For The Fight and even Rage: Galactic Cage Fighters these books explore the world of fighting with varying degrees of realism and writing quality. Some tackle fairly traditional romance novel plots with fairly traditional romance prose and add a few well-researched fighting details and events to the mix. Others are far closer to 50 Shades of Grey territory, clumsily fumbling through semen-slicked sex scenes and audibly bone-crunching fights with a disconcerting lack of understanding for how either work. Some, I’m willing to confess, are legitimately hot. Others just make me worry about the sexy male character’s ill-advised training regimen.

Admittedly intrigued by this world, I reached out to Charity Parkerson, who wrote and published the Undefeated series, four novellas that explore the lives and loves of four different men who train out of a mixed martial arts club, to learn what makes so many women swoon for the fictional Forrest Griffins, Jon Jonses and GSPs.

Fightland: In the past couple of years, fighter-themed erotica has really blown up as a genre. Why do you think that is?

Charity Parkerson:There's actually a scientific reason for this. Women are growing stronger with every generation, but we still have that natural drive to find a stronger counterpart. It's the caveman mentality. Women tend to prefer men who can protect them. Some women look for it in brute strength while others hunt for it in intelligence, money, etc. What's sexier than a fighter? Um...nothing.

What inspired you to write the Undefeated series?

I've always been a people watcher. Once something catches my interest, I have a driving need to learn as much as I can about it. I already had an idea growing for a new story about a woman reinventing herself when I took out a membership at a new gym. Since I was there four nights a week, I had plenty of time to think about where I was going with it. One half of the building was used as a MMA training facility and before that time, I'd never seen a match. The longer I watched the same people train, the more I knew, this was my character's home. She had the same determination and heart. Undefeated was born.

So you weren’t a fan of MMA at all before you began writing the books?

I wasn't. Growing up, we watched every boxing match that came on T.V., but the experience of seeing an MMA match--especially in person--is completely different. Besides all the obvious differences between the two sports, the intensity of an MMA fight is ten steps beyond the confined feeling of a boxing arena. It makes for the perfect emotional setting of an erotica.

Do you have any personal experience with martial arts, mixed or otherwise?

Kickboxing is as far as I've ever been willing to go. This is a blessing for everyone around me because I'm a horrible klutz. It's as if I was born with zero center balance.

What kind of research did you do for the series?

Gosh, everything you can think of doing, I did. I talked to people who compete, went to matches and read articles. The people I met were amazing. It was such a personal journey for them. I needed to write about it. As a matter of fact, it's like I can't stop. I have a new MMA 5-book series releasing this year.

I've never been good at attempting to mold a real person into a fictional character. I have to create them from scratch or I can't separate the two and I end up with writer's block.

Given the general public’s less than complete understanding of MMA, have you struggled with what and how much you should explain in your books? In a recent article in The Toronto Star, a poet said that the problem with trying to write about the sport “is you spend nine lines trying to explain to the reader what you are talking about.”

Even though it's a challenge, that's one of the things I like best about it. Since I also write paranormal [fiction], I've had to learn how to break things down where it isn't immediately obvious you're being fed information. I try to work it into the storyline a little at a time. Thankfully, because of my genre, readers expect the story's focus to be on the human element rather than the sport. This allows me a bit more time to work the details in.

What is it about a fighter that inspires this kind of excitement?

Strength, focus, determination and commitment top the list. Those are all appealing qualities. It's easy to take that list and create a character readers can fall in love with.

Have you ever been tempted to sneak a martial arts technique into a love scene? I once knew a BJJ practitioner who tried his best to seduce me by telling me that fighters make the best lovers because they know how to apply great hip pressure.

Absolutely! Under the right circumstances...using the right amount of control. Ha! Was he hot? I'm intrigued. I'm a terrible influence.