A Cat Who Can Catch Mice: A Closer Look at the Abbot of Shaolin 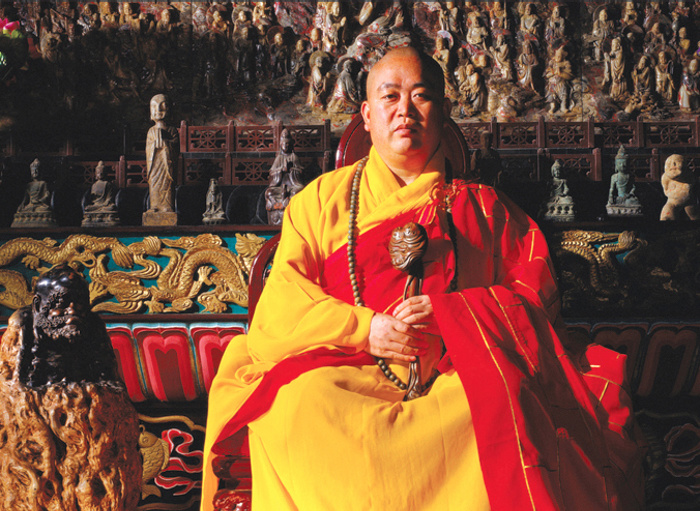 On August 21st, China’s Supreme People's Procuratorate, the government body which supervises anti-graft wing investigations, formally accepted a claimant’s plea to investigate Shi Yongxin, the abbot of Shaolin Temple. The step came after a group of monks and former monks traveled to Beijing and personally petitioned the central authorities to step in after local officials in the town of Dengfeng, where the temple is located, made little progress in the month since the allegations surfaced on Chinese social media.

The Want China Times identified the petitioners as Shi Yanlu, who previously taught martial arts at the temple, Shi Yande and Shi Yanyong, lay disciples at the temple, monk Shi Yanqin, Shaolin resident Shi Yanren and the former director of legal affairs for the temple Wang Yonghua. Shi Zhengyi, the anonymous whistleblower who cast the first stone on Weibo, China’s Facebook/Twitter hybrid, is either an umbrella name for the group and their supporters, a mysterious figure in the shadows, or a non-person.

Shi Yongxin himself, despite being profiled as the CEO Monk who drives around in flashy cars, is somewhat of a mystery. One of the best profiles of the monk was written by Gene Ching for Kung Fu Magazine back in 2003. Shi Yongxin had been abbot for just four years and a lot of the moves he is famous for hadn’t been made yet. But the younger Shi Yongxin was already taking warrior-monks on tours, establishing associations and research bodies, and lobbying for Unesco World Heritage status for the temple. But he had been active long before he became abbot in 1999:

In February of 1988, Yongxin founded the Shaolin Red Cross Association to provide medical assistance to the local suburban residents. He also established, nine months later, the Shaolin Calligraphy and Art Research Organization. In June of 1989, Yongxin led the Shaolin Warrior Monk Team on a fundraising demonstration tour across China. They collected money for a large commemorative statue that was erected by the Yellow River in Henan. Later, he lead the warrior monks abroad to Canada, England, Hong Kong, Japan, Korea, Macao, Malaysia, Russia, Singapore, Taiwan and Thailand, in one of the earliest friendship tours to spread Shaolin culture.

By 1993 Yongxin was spearheading a multitude of projects to promote Shaolin culture. In March he was elected into one of Henan's highest political positions as a representative at the People's Congress. Soon after in May, he established the Chinese Zen Poetry Research Center, which published an annual collection of Chinese Zen poems. The following month was truly extraordinary. Yongxin was part of a Shaolin Buddhist Cultural Team invited to Taiwan by the Taiwan Chinese Culture University. It was the first time that Mainland and Taiwanese Buddhists interacted face-to-face in four decades.”

Shi Yongxin the first acting, official abbot of the Shaolin Temple in more than 300 years. Since 1772, no one led the temple, organized tours, disciplined monks, established relations, or expanded research. In fact, following the razing of the temple in 1927, Shaolin lay in ruins until the 1980s. Shi Yongxin’s immediate predecessor, Shi Xingzheng, had some success reviving the name, but when he died in 1986, the temple had a few dozen monks scattered about a rag tag collection of dilapidated ruins in the backwards village of Dengfeng.

Shi Yongxin changed all of that. He moved the temple into its current location, at the foot of Songshan Mountain, and set up reclaiming and rebuilding Shaolin. He revamped and organized the tourism industry—jumpstarted by the 1970s film industry out of Hong Kong—and put people to work. Warrior monks were expelled and replaced with martial artists. By the time Matthew Polly entered the temple as a student in 1992, the ruinous hulk of the 80s had been replaced by offices and courtyards with monkish teachers, not-so-monkish drinkers, a rapidly developing bureaucratic apparatus, and foreign relations with everyone from the lowly 98lb weakling searching for meaning to curious heads of state.

The abbot made Shaolin. Unfortunately, not everyone is pleased with what he made Shaolin into. But that, in a nutshell, is the story of China at the turn of the century. A bunch of crooks and thieves made China into the juggernaut it is today on the world stage. They had little to work with, were starting from scratch, and there were few time-places which provided as much opportunity to get rich and be naked than China during the 1990s and 2000s. A fantastic look at the absurdity of one billion people released into the wild west is Yu Hua’s novel, Brothers, which tells the tale of a rich, unscrupulous pervert and his impossibly (for Western society) upstanding brother during the end of the Cultural Revolution and the decades that followed.

Shi Yongxin grew up in that world, perhaps as an upstanding and dedicated monk, and was in a position to resurrect a dead icon of Chinese culture.  He was the one who took pilgrimages to Buddha’s birthplace in India, organized collections of Zen poetry, and marshaled the leaderless monks of Shaolin into an internationally renowned force for modern Chinese Buddhism and lucrative kung fu.

His accomplishments obviously do not absolve him of guilt. An abbot of the Shaolin Temple needs to keep his pants on. But the man who Opened China up to the world in 1979 famously said, “Black cat, white cat. Doesn’t matter as long as it catches mice.”

Shi Yongxin is most definitely a cat who can catch the mice, and now he’s paying the price for his success.