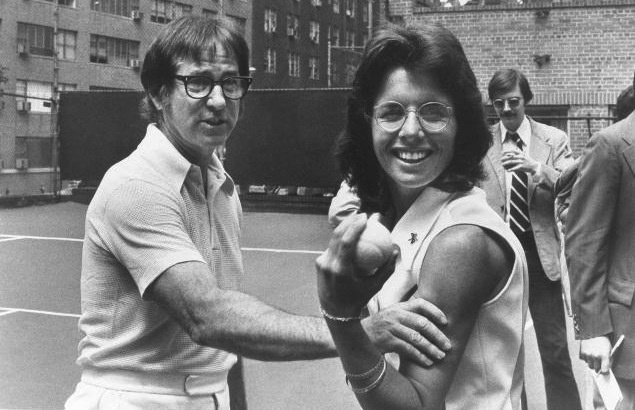 Tomorrow night, MMA promotion Shooto Brazil claims they will make history by putting on the first mixed-gender fight in history, between Juliana Velasquez and Emerson Falcao. Reaction in the MMA community has been resoundingly negative since the announcement was made earlier this week, with most people expressing concern about Velasquez’s welfare and criticism of Falcao. Some critics have decried the event as a mere publicity stunt and bemoaned the impression such a fight will leave on the minds of a generally still-MMA-skeptical public.

But while Shooto claims that they are the first-ever promoter of a male/female fight, this type of event actually isn’t unprecedented in the fight world. While doing research for my book on the history of women in fighting sports, I’ve found more than a dozen references to mixed-gender fights. The archives don’t suggest that mixed-gender fights were common, but there is precedence in pugilistic history. There are cases of men fighting women in boxing and wrestling matches as far back as the 16th century. And these bouts weren’t necessarily publicity stunts; the literature we have in numerous archives only mentions the fights after they occurred, rather than before, meaning they weren't only being mentioned to sell tickets. And in many cases, the women won. I read only yesterday about a French woman in the early 20th century who knocked out three men in succession. There is also an account of a famous female wrestler who regularly beat young men in the catch-as-catch-can style into her 70s.

One can also point to the famous "Battle of the Sexes" tennis match between Billie Jean King and Bobby Riggs in 1973 for precedence. Granted, there isn’t the threat of bodily injury in tennis that there is in a MMA fight, but at the time the media and general public expressed a number of fears and concerns that are being echoed in criticisms of tomorrow’s Shooto 45 match: that the female competitor might get injured because she is “weaker” than her male counterpart; that it won't be a fair fight because the man will feel guilty if he goes as hard as he normally would.

But one of the more problematic critiques being expressed is that any fight between a man and a woman will be reminiscent of domestic abuse. Regardless of its intent, this type of thinking actually supports the arguments made by MMA opponents that the sport as a whole is inherently violent and negative and should be banned.

MMA is a sport, with rules and referees. Juliana Velasquez and Emerson Falcao fighters are both athletes, and they’re entering in the cage on their own volition. Comparing their fight to domestic abuse is problematic because doing so suggests that women willingly endure partner violence. Not only is this attitude extremely demoralizing and unfair to victims of domestic abuse; it also yokes the sport of MMA with the language of criminal assault and battery. And that, in my opinion, is a slippery slope: By equating MMA with criminality in any way, regardless of how we may feel about the rightness or fairness of a mixed-gender fight, we only provide leverage for the critics who have used the worst kind of alarmist language to prevent places like New York State from legalizing the sport.

Why MMA Should Be Welcoming Transgender Fighters