A "Fightland" Writer in Panama 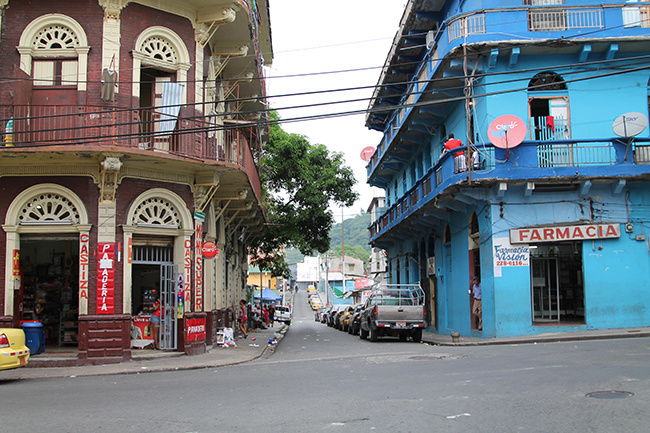 My trip to Panama for Fightland was mostly spent in a non-profit community center gym training jiu-jitsu and strolling through bad neighborhoods with local MMA fighters. But during the week, all the gringos I came across kept telling me that the city’s resort area, which features gambling and legal prostitution, is “a candy land for adults—Las Vegas meets Miami.”

I think we can all agree that Vegas is a horrendous travel destination (unless you're going to watch a fight, of course) but I enjoy Miami so I said yes when my fixer told me he was on his way, aiming to get me good and drunk with some transplants in the city that night.

Our driver darted in and out of the dark streets toward the sparkling skyline. The fixer, Brian, reached back and handed me a plastic bag full of ice-cold beer cans. I know Brian because he has worked with several major MMA promotions and brands that have started to travel into Latin America to put on publicity and marketing events. He is a security fixer, which means he facilitates travel and social connections in illicit places. A good fixer can take you into both corporate and criminal circles, which usually requires someone who is extremely charming and adept at partying with everyone. Brian both of these things; he’s also a college educated, trilingual ex-marine, making him a hot commodity for anyone who wants to make money in modern-day Panama.

Brian has been in Panama for over a decade and fantasizes about giving up his American citizenship. To do that, though, would mean he would have to pay a significant percentage of his net worth in IRS fees.

“You want to hear some Draconian shit?” he asked rhetorically toward the open car window. “I’ve chosen not to make my son a U.S. citizen yet and wait and see what direction the country goes in. I have 18 years to decide. That’s how the law reads. I went to the embassy the other day and applied for his visa so we could go visit my parents in the States, and his application was rejected.

“The customs agent gave me this form and the ‘reason for rejection’ had been marked as ‘other.’ In the box she had written, ‘Time to think about the decision you’re making.’ And then she told me that if I loved my child I would get him a blue passport. Can you believe that? I had to reapply for a visa for my two-month-old to go see his granddaddy.”

We made it to a top-floor balcony suite in the protruding Trump Ocean Club Tower and joined one of the several expat cliques that run around Panama City. It was a mixture--a couple of young finance entrepreneurs, a rogue lawyer, a currency trader, and my security fixer. Everyone seemed as fired up as Brian about U.S. policy.

“People don’t leave the United States because they want to do illegal business,” someone said, ”We follow the rules. We just think that the rules better suit us down here. I feel like I have more control. Paying taxes is a big issue—the United States is making it really tough to be an expat.”

“My best friend is Bolivian and he went to New York with 11 friends back in the early 90s to find American Dream,” said another. “Take a guess how many stayed? Zero. Not one is still living in the U.S. He told me that the American dream for them has now become the Bolivian dream. Meaning its easier to make money, its easier to do business, its easier to prosper, in Bolivia. This is a country we make fun of and most Americans think is in Africa.” 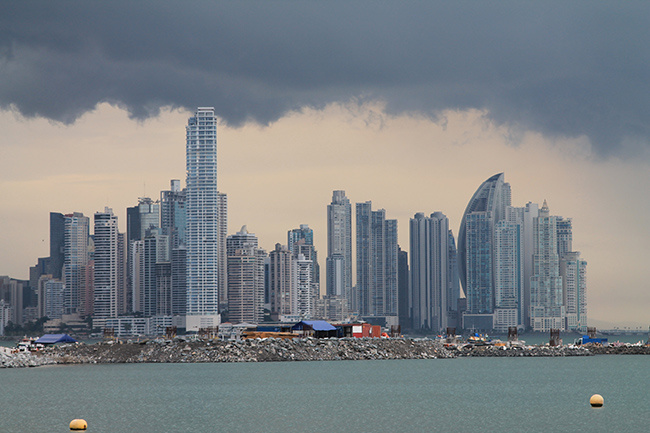 There has been an evolution in Panama since the U.S. gave control of the canal-zone back to the local government in 1999. Back when the country was under Noriega’s control, nothing could be trafficked or laundered without him being a part of it. But after the U.S. invaded and took Noriega out, a whole new business mind opened up, and as a reaction to the old regime’s control the government passed permissive banking and privacy laws.

“Ten years ago, the drug cartels were blatantly laundering money through the national bank,” Brian said. “I’m talking about strict [special] deposits; walking in with wheelbarrows full of loose cash. Its like they have their own little Switzerland smack dab in the middle of the drug route.

“That’s not happening anymore because of new regulations imposed by the United States. But the money laundering didn’t stop; it just adapted. The regulation made it harder to deposit big amounts of money, so the cartels just opened up there own banks.

“First it was the Colombian cartels, then it was the Mexican cartels, and now it’s the Guatemalans, who people don’t even know about yet. It’s a perfect stop right before all the drugs go into the United States, and they bring the money down to Panama. Once it gets here, they could chunk 50 million dollars into their own bank, but that would still raise a red flag. So instead, they start our own construction company and put all the money into building a high-rise. Entire floors in these buildings are empty, and the prices of the units are completely out of the market. I’ve seen a thousand-square-foot apartment listed for $300,000. The point is not to sell it; the point is to get money washed through. There are no fire sales in Panama. Nobody has to sell anything because everyone is liquid. Nobody owes the bank. They are the bank.”

A Copa Airline pilot arrived at the party and immediately declared that we should not waste anymore time, accept the inevitable, and leave for the strip club. 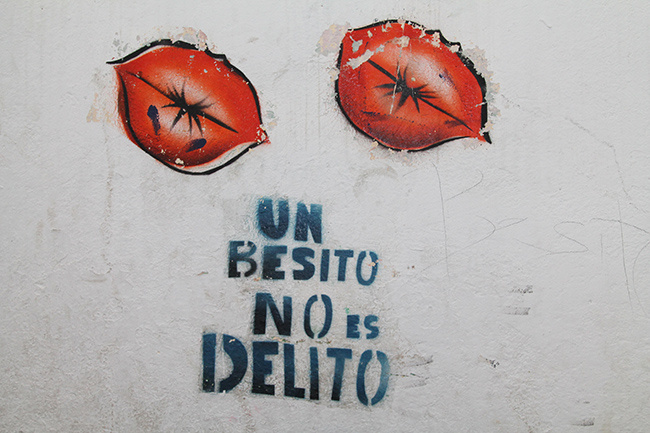 The next morning I was back in the non-profit gym training with the locals.  It was a bizarre feeling to step back on the mats after my education on the illicit side of Panama City. The fighters, mostly from the notorious El Chorrillo barrio, aren’t allowed in the places we’d visited the night before. Though the high-rises and lavish clubs are only blocks away from the gym, the economic and cultural dichotomy is severe. Thinking about it was making my hangover worse.

Before jiu jitsu class, I recounted my experiences from the night before and confessed that at some point in the evening a beautiful 22-year old Venezuelan woman had stolen my watch during a lap dance. Everyone laughed at me.

Steve, the owner of the gym, smiled and said, “Listen, bro, it’s like I tell my Christian friends. “Everyone wants to go to heaven, but nobody wants to die.”

The Fighters of El Chorillo