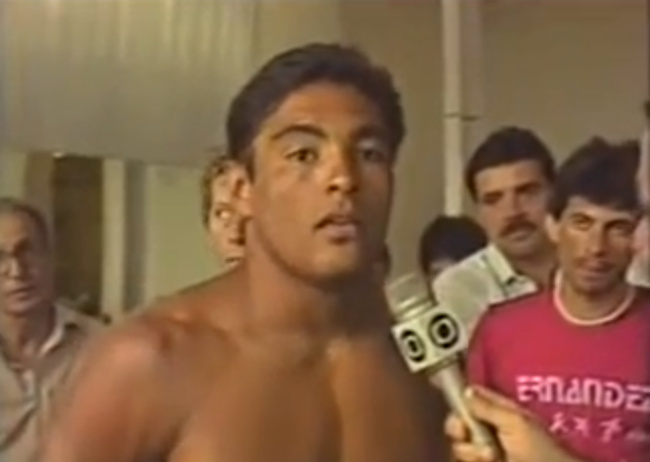 In 1980, Rickson Gracie, Hélio Gracie’s third biological son, faced Rei Zulu in his first ever vale tudo match. The fight lasted 12 minutes. Zulu tossed Rickson out of the ring three times. For most of the fight, Zulu, who was much bigger, manhandled Rickson. Legend says Zulu faced and beat over 100 men before facing Rickson. Rickson was exhausted at the end of the first round, telling his father, Hélio, this news. He was tired and unsure if he could continue. His father and coach didn't hear this. His brother, Rolls, saw the impending disaster and dumped a bucket of ice on Rickson’s head to wake him up. He did, caught grip of himself, and was able to get a rear-naked choke finish in the second round.

If you are a martial arts fan who grew up in 80s and 90s Brazil, you probably remember the famous rivalry between Rickson Gracie and Rei Zulu and have some understanding of its influence on the sport of mixed martial arts today. After that legendary victory for the Gracie clan, a rematch would be set up and it would resuscitate and bring vale tudo back to the Maracanãzinho after a couple of decades that saw the style forbidden within Rio de Janeiro’s city limits. Robson Gracie—Carlos Gracie’s son and Hélio’s nephew—was at the helm of Rio’s leisure and parks governing body (including the Maracanãzinho) and quite close with the governor of the state, and helped vale tudo return to Rio after all those years of prohibition. This rematch proved to be seminal to the proliferation of the sport, and ultimately, of mixed martial arts as we know them today. 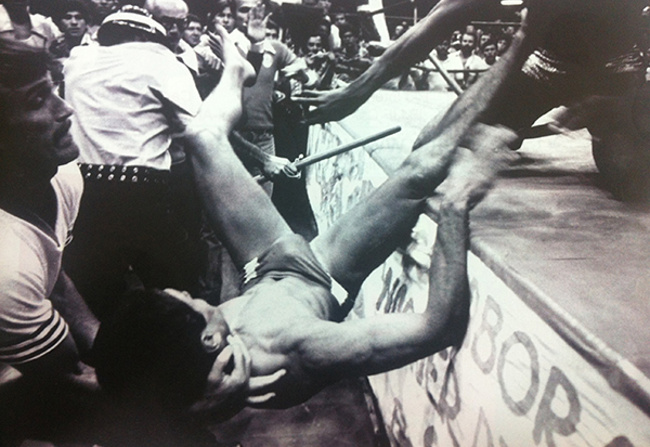 The bout happened on November 12th, 1983, on a card dubbed “Martial Arts Night.” It wasn’t even the main event. The main event was a boxing match featuring Brazilian champion Chiquinho de Jesus.

But Rio wasn’t a boxing town—that was São Paulo’s title at the time—and since the other fighters that evening weren’t even Cariocas, attracting an audience proved more difficult than expected. Promoters thought a good way to bring in an audience would be to host a vale tudo match.

The people in charge of the event approached Rickson Gracie to see if he would agree to fighting Zulu in a rematch, and the Gracie heir did. Rickson’s notoriety was, at that point, growing immensely throughout the vast Brazilian country. He had become jiu jitsu’s invincible hero, and that first fight against Zulu in the Brazilian capital, Brasília, in 1980 had become part of Brazilian history.

On “Martial Arts Night” 15,000 people showed up to the Maracanãzinho, and this time they were all there to see Rickson Gracie. Both fighters stalked each other throughout the first round, each with their own attempts—Zulu much more collected than their first encounter. Eight minutes into the second round, Rickson mounted Zulu and once again finished him with a rear-naked choke.

Early the following year, in 1984, the Maracanãzinho was yet again host to a vale tudo night, again featuring Zulu, who would face Sérgio Batarelli in a bout that would put the winner in the ring against Rickson Gracie, the reigning champion. Zulu won, but Rickson wouldn’t fight again until 1994 for the first Vale Tudo Japan. He fought against Yoshinori Nishi, whom he submitted, again, via rear-naked choke.

The fights that night gave rise to a new generation in martial arts. Jiu jitsu’s prowess had become legendary, leaving other martial arts’ practitioners with a sour taste in their mouth. That first tournament featured Marco Ruas, who would years later become the first Brazilian UFC champion without ties to the Gracies. Marco Ruas was also one of pioneers of training in several martial arts to prepare for these tournaments. For years to come, vale tudo tournaments in Japan would pit the world’s best martial artists against Brazil’s vale tudo and jiu jitsu heroes. Every style wanted to prove its supremacy in the world stage. Rickson went on to win every one of his mixed martial arts bouts—except one—in the first round, most of them, unsurprisingly, with the same famous rear naked choke with which he finished Rei Zulu on two separate and legendary occasions.