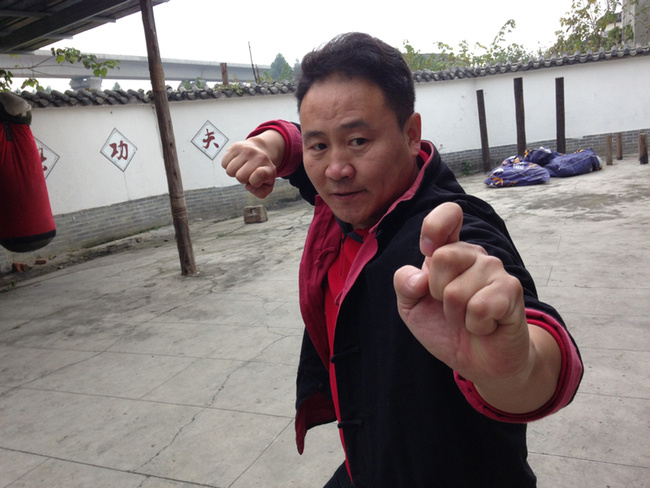 Some time back, I wrote about a classic Southern Fist kungfu movement containing several strikes and blocks applicable in an MMA setting. That movement, 36 Elbows, is based upon another set of movements that forms the foundation of Southern Fist striking techniques, 八子剑 or The Eight Swords.

The Eight Swords is at first glance a very simple collection of blocks and strikes, designed for close quarters hand to hand combat. Southern Fist kungfu was designed for infighting, so many of the techniques have short, stocky people in mind. Southern Chinese tend to be shorter than their northern compatriots, thus the initial division within Chinese martial arts is between the Northern Kicking techniques and Southern Fist techniques, the idea being that shorter people will want to close with their opponents, and do damage on the inside.

Within Southern Fist there are two basic collections of strikes, labeled simply 大手和小手, “big hands and little hands,” which refer to longer, reaching strikes (such as jabs and straight crosses) and short, sharp strikes such as rabbit punches, elbows, and strikes that come off of blocks. The Eight Swords is a foundational movement for both actually, and can be seen as the next step after mastering the horse stance i.e. the first set of striking movements a Southern Fist martial artist will practice and the set one will most likely practice the most. All other strikes come off of this one.

The first two movements within the Eight Swords are forearm blocks that are a basic defense against straights, crosses, and hooks to the upper body. The next two are blocks against body shots, both kicks and strikes. The fifth and sixth movements are attacks, an uppercut and a straight elbow, ending with a combination low and high strike. Like 36 Elbows, which is also referred to as 母肘 or Mother of Elbows, the Eight Swords is referred to as 母手 or Mother of Strikes, because any number of combinations arise from or can be tacked onto these eight simple movements.

The blocks and strikes in this set are just the very beginning. Underlying the techniques is a theory that many Chinese martial artists stress when training their charges. In Sichuan Southern Fist, that theory is known as 滚手化力, which translated literally means “rolling hands to melt (your opponent’s) power,” and refers to deflecting and diffusing the power of an incoming strike, while also preparing for your own counterstrike.

“The idea is to reduce the force of your opponent’s strike, to negate it,” said Shifu Li Quan. “No matter the strength of your opponent’s strikes, if you meet it head on, hard against hard, then you are doing it wrong. The principle of force should be that one strikes along a straight line, yet blocks from an angle. So what we train the most, every day, is actually our wrists. Twist, twist, twist.”

“Think of it like this,” he continued. “Throwing a pebble against the spinning back wheel of a motorcycle. What happens to that pebble?”

So the first two blocks in the Eight Swords movement are not just raising your forearm to block an incoming strike, but also twisting your forearm and wrist as your arm meets the strike to not only better deflect the strike (using much less power than if you met the strike head on) but also torqueing your own wrist and forearm for a short counterstrike.

The twisting of the forearm and wrist mirrors the twist in your hips. The idea is to meet the incoming strike with feet planted, hips at the end of a sudden movement, forearm and wrist twisted. You thereby provide the force for an answering strike, with your hips whipping in the other direction, and your wrist and forearm “unwinding” into your opponent’s face. 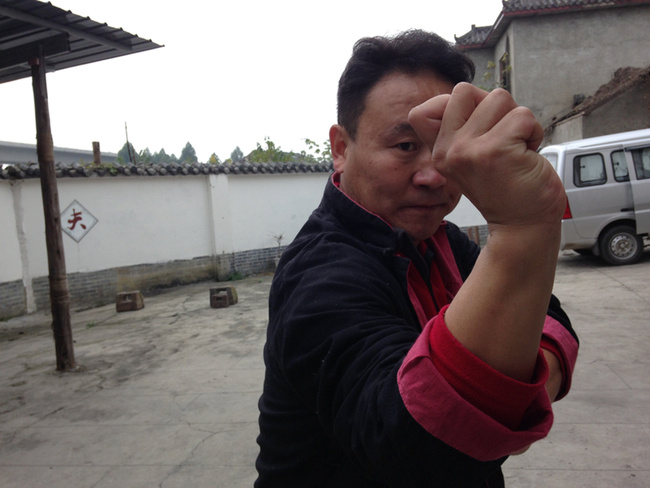 Shifu Li Quan’s particular style of Southern Fist uses the “Eye of the Phoenix” fist, which looks and sounds cool, and actually applies the same theory of torqueing. The Eye of the Phoenix is basically extending your index finger knuckle out passed the rest of your knuckles, and anchoring it in place with your thumb. When striking with this fist, one ideally twists the wrist upon impact, creating a drill of sorts with the extended knuckle.

Obviously not helpful for anyone interested in competing with MMA gloves, or any gloves for that matter, but still a pretty cool idea. This demonstrates, for me, the systemic thoroughness of the Chinese martial arts. The theories of torque and twisting, the emphasis on maximizing force upon impact, the ideas that shape the movements and move the body into certain shapes are all applicable to anyone competing in hand to hand combat. Bits and pieces of the Eight Swords and the 36 Elbows can help an MMA competitor in the clinch, up against the fence, or in a bloody close quarter brawl. 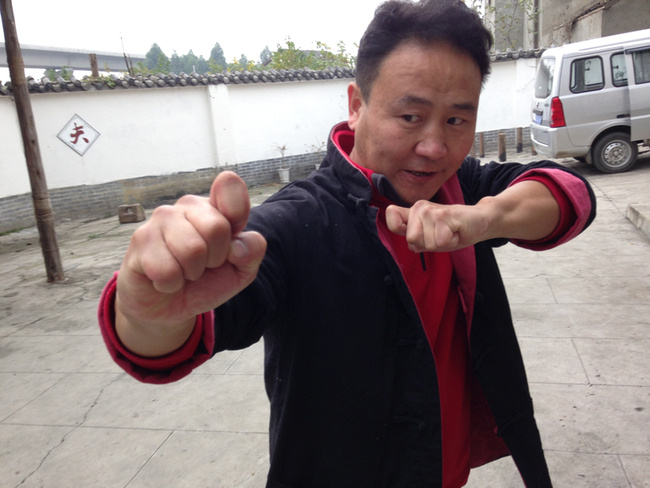 “If you don’t train these techniques on the wooden man, daily, then you haven’t mastered them,” said Shifu Li Quan, referring to the wooden dummies kungfu practitioners beat up in the dojo to harden their bodies ... you’ve seen Jackie Chan beat them up before. Although Shifu Li Quan has a point (and extremely hard forearms), it’s hard to imagine modern MMA fighters beating up wood to prepare for a fight.

The problem with these techniques is not their usefulness or lack thereof, but the methods used in traditional Chinese martial arts to teach and perfect them. It took Shifu Li Quan a lifetime to develop the strength in his wrists and hips to actually be able to use twisting to effect in his strikes. Is it worth it to a prize fighter in the UFC to drop into the horse stance, twist his forearms 100 times a day, while holding the Eye of the Phoenix? How long would it take for the technique to be applicable in a fight? And would the application of this technique be common and useful enough to warrant the time needed, over say the time required to tweak the pivot on your lead foot during a body kick, work on the looping hook, or practice knees in the Thai clinch? Hard to say, until we see someone use it with success in the octagon.