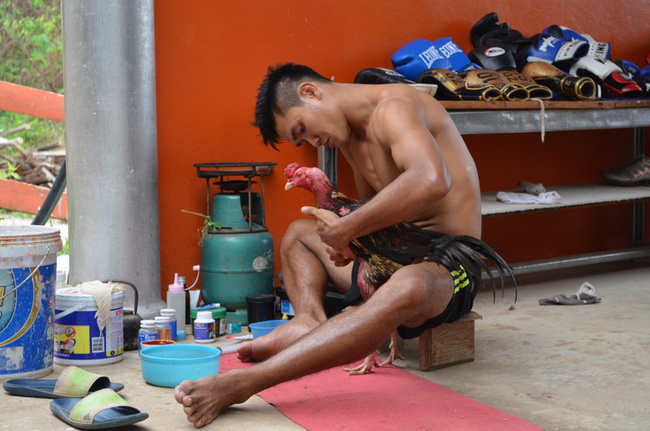 Kem Sitsongpeenong, a highly successful, internationally famous Thai fighter who has just opened his own training camp, has one major regret in his life: he cheated while cutting weight.

It happened over a decade ago, when Kem, now in his early thirties, was only 19. "It was the craziest thing I ever did," he said, "and my biggest regret."

On the surface, it might seem overdramatic to refer to a botched weight cut as one's biggest regret. But for Kem, the shame came not just from him having to forfeit the fight, or losing the purse, or letting down his gym. To Kem, failing to make weight was akin to failing his family. 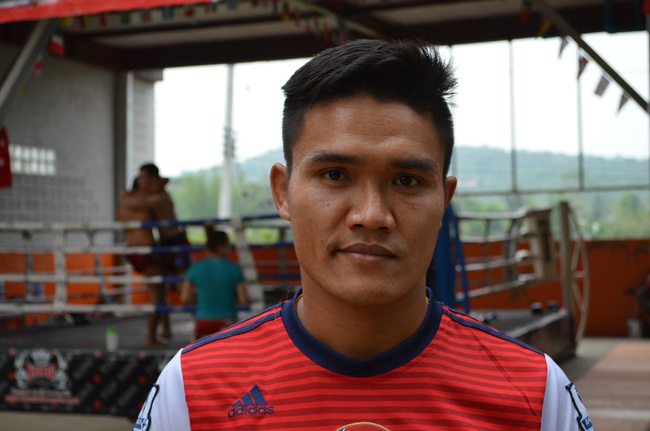 He was supposed to weigh in at 123 pounds. Achieving his normal fight weight of 126 pounds was always hard enough for him, much less the extra push to 123. For a man who normally walks around at a trim, muscular 150 pounds, dropping to 123 was torturous. It was a weight-cut of over 10kg, and he was given three weeks to do it.

He began the weight-cut program 20 days out, followed the gym's directions to run in a sweatsuit every day, drink essence of chicken, eat mainly meat and abstain from rice. Kem stuck to his schedule but it was during the last five days, when running time was increased and water intake was heavily monitored, that he reached his breaking point. On the day before both the weigh-in and the fight itself, he gave up. "I was going delusional," he said. "I told my boss I couldn't do it. We didn't even go to the weigh-in." 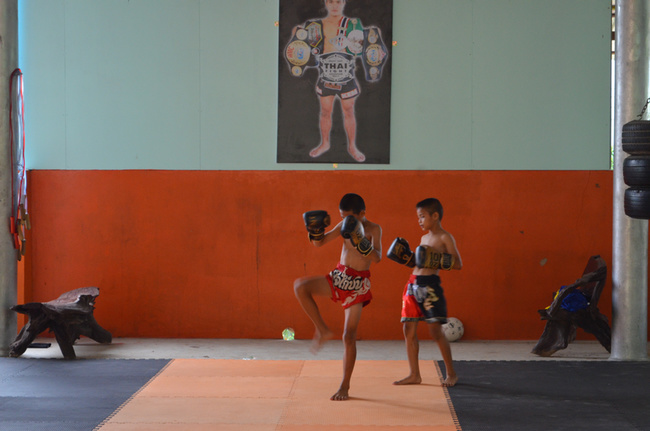 Kem found a bittersweet refuge in his parents' home that night. His mother and father lived in Bangkok, same city as his gym. They were surprised to see him when he showed up at their door late at night.

"What are you doing here?" his mother asked him.

"What about your fight tomorrow?" his father said.

Kem told them he couldn't do it. The weight cut had been too much.

His parents were worried. Kem didn't usually have problems like this. They told him to come in and sit down, asked if he was tired, asked why he couldn't get through it.

When they offered him food, he broke down in tears. Kem cried partially out of the phenomenal physical stress he'd endured the past three weeks, but also from the guilt he felt at letting his family down. His parents were poor migrants from Thailand's Isaan region trying to make a living in Bangkok, relying on his fight purses to supplement their meager income. Win or lose, he would have earned 120,000 baht (nearly US $3,700) from the fight. If only he'd been able to make weight.

For a fighter like Kem, it wasn't the money he'd personally lost on the fight that bothered him as much as the feeling that he'd let his family down. His parents, however, never held it against him. He was instantly forgiven. The family had always had a good relationship. 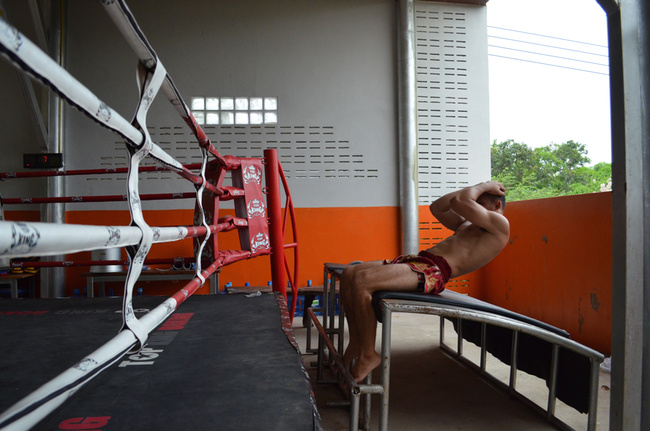 Originally from Maha Sarakham Province in Isaan, Kem's parents moved to Bangkok for work when Kem was a small child. Kem's father was his first Muay Thai trainer. He tore Kem away from his beloved chickens (also fighters) long enough to show him the basics and enter him into his first fight after practicing a few months. Similar to young fighters all over the country, Kem honed his early skills in the rings of small temple fairs and local festival shows in and around Bangkok.

By age 16, Kem was skilled enough to warrant a spot in the Sor. Ploenchit training camp in Bangkok. Within a year, he was successfully competing in Bangkok's most famous rings. Kem was a good fighter, and he was comparatively disciplined for his age. He married young and stayed devoted both to his family and his athletic career. With win after win against top Thai opponents in the capital, Kem clearly had the potential to become an international name. A new gym in Bangkok decided to invest—Sitsongpeenong Muaythai Camp purchased Kem's contract from Sor. Ploenchit for 850,000 baht (about US $26,000) in 2008. 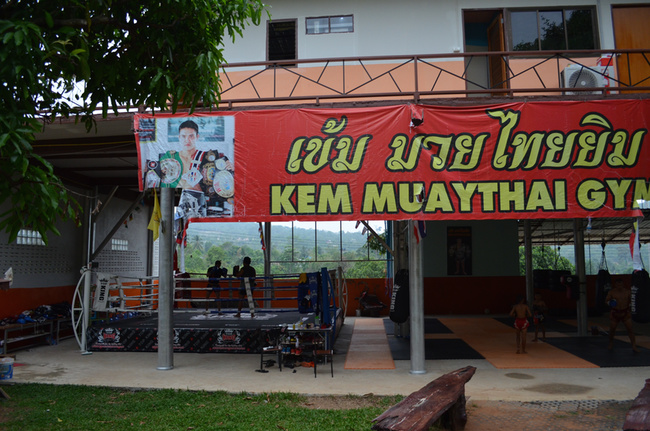 His new gym made good. Under Sitsongpeenong, Kem developed into an internationally recognized fighter. Kem had always been a fimeu, a technical fighter, but Sitsongpeenong retrained him to appeal to an international audience, similarly to what they'd do for top fighter Sittichai Sitsongpeenong a few years later. "They wanted me to fight in Europe," Kem said, "so they trained me to be a knockout fighter, heavy on elbows and punches. They thought I could keep getting fights that way because European audiences like that style."

They were right. His new style made him an international name. Fight offers with high purses piled in. His fame abroad practically guaranteed he'd have a successful career training foreign nak muay should he decide to open his own gym in the future.

Kem kept fighting through his twenties with Sitsongpeenong, saving much of his earnings. The culture of Muay Thai is rife with dangers—physical harm in the ring, abuse and mistreatment of fighters by unscrupulous management, even the threat of fighters being poisoned by those closest to them. But according to Kem, the most dangerous aspect of life as a Muay Thai fighter comes not from physical dangers but from personal relationships and finances. "It's people close to you cheating you out of money," he said. "That's the most dangerous part of Muay Thai today." 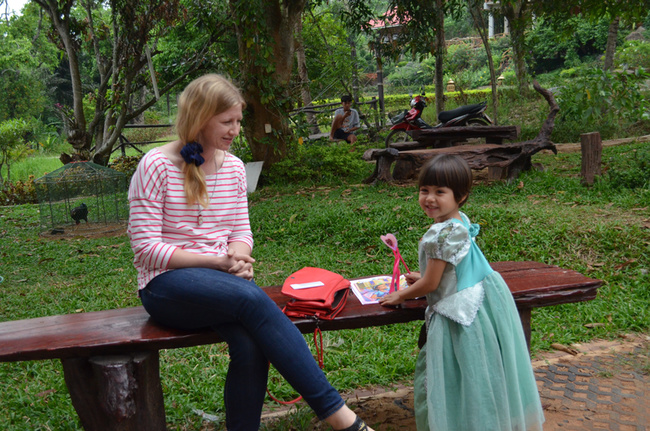 Money management, or mismanagement, is a common problem for Muay Thai fighters who achieve financial success through their ring careers. The sadly typical story is one of a successful, big-name fighter who makes large purses only to leave the fighting world virtually penniless upon retirement. A number of ex-champions I've interviewed have said the same thing: I wish I had been smarter with my money; I wish I hadn't trusted people who are no longer in my life. Their advice for young fighters? Take care of yourself and your family first. Save your money.

So far, Kem has been smart with his money. "I was a self-advocate with my earnings," he said. "I saw what happened to other fighters, being cheated out of money, and I didn't want that to happen to myself." Kem acknowledges he was able to save money not just from his own good financial decisions, but also partly due to his luck in working for honest gym owners throughout his career. "I never had problems with my gyms, so I was fortunate in that way," he said. 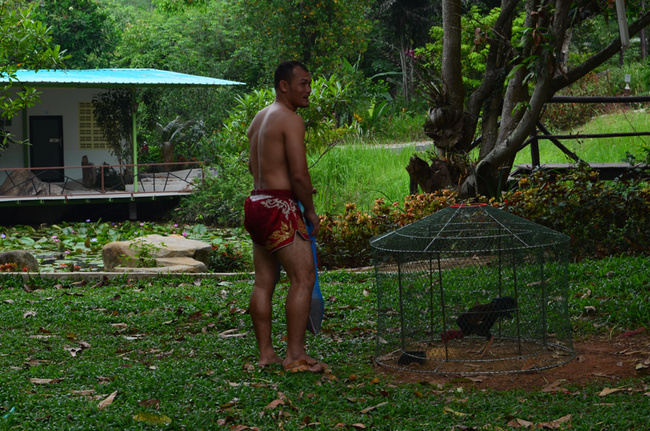 Unlike the stereotype of a wild elite-level athlete, Kem eschewed the life of excess, usually preferring to stay home and spend time with his wife and children. He and his wife Mo have recently opened their own gym, aptly named Kem Muaythai Gym, a few hours outside Bangkok in the cool mountain air of Khao Yai Thiang in the province of Nakhon Ratchasima (Khorat).

"My wife asked me years ago what I wanted to do when I was done fighting, and I told her I wanted to open my own gym." Kem had no interest in building a gym in Bangkok, despite having lived and trained there for over a decade. "There are too many gyms there already. I wanted to do something different." His wife suggested they build the gym at her family's resort on Khao Yai Thiang. Sure enough, by the second half of 2014, Kem Muaythai Gym was open for business.

Their new gym is gorgeous in its setting and simplicity. It's something of a Muay Thai retreat: a high-ceilinged, open-air training facility attached to a welcoming, earthy resort nestled in rolling mountains that offer an escape from the crowds and pollution of nearby Bangkok.

In addition to running his own gym, Kem continues to fight for Sitsongpeenong. His next fight is scheduled in May 2015 under Lion Fight Promotions in Las Vegas, Nevada. The biggest challenge Kem foresees in the remainder of his fight career has to do with scheduling of fights. "It's a Thai belief that if you wait too long between fights, you won't have power," he said. "Ideally, I'd like to fight five or six times a year. I've already fought a couple times this year though, so it shouldn't be a problem." 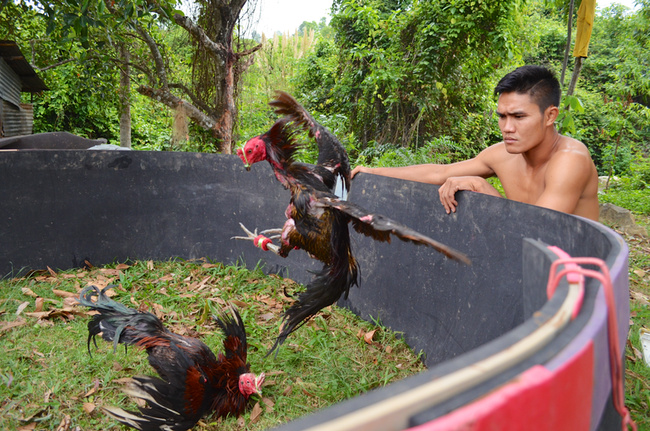 Now in his early thirties, Kem's achievements in the Muay Thai world are legion, though he remains soft-spoken and modest about his success. When I asked him to list his titles, he paused for a moment, trying to remember. "Um, Thailand champion, Rajadamnern champion, WBC, Thai Fight, Isuzu tournament champion… And a world title or something. I can't remember all of them," he said with a quiet laugh.

At an age when many fighters retire into an uncertain future, often having little to show in savings from their fight careers, Kem Sitsongpeenong is still fighting professionally overseas, looking after his new gym, raising young fighters (as well as his beloved fighting chickens), and living a stable life with his wife and children.

I asked Kem to share some advice for fighters who dream of reaching his level of success in Muay Thai. He thought about it for a moment before responding. "You have to take care of yourself, rely on yourself," he said. "For example, if you have a fight, don't go anywhere 20 days before the fight. Just lock down, don't even go to 7-11. Because remember, when you get in the ring, there's no one else to help you. You have to practice that kind of self-reliance all through your training. You need to be the one waking yourself up in the morning and having the discipline to run. It's the same discipline you need to train, to cut weight, to do whatever you need to do." 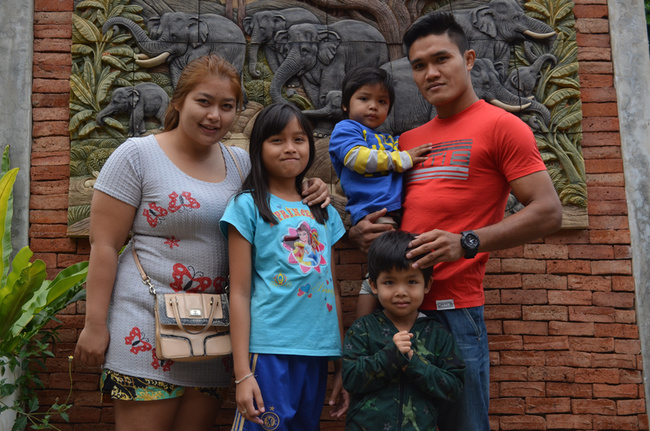 Regardless of how self-reliant or disciplined one is, all fighters find aspects of the Muay Thai life challenging, and Kem is no exception. It's been over a decade since he showed up at his parents' house, morose over a failed weight cut and having just lost a 120,000-baht purse. But Kem knew he had a place to go, knew that his parents would always take him in. He had an admirable relationship with his mother, says that the saddest time of his life was when he lost her a few years ago. Now he smiles when he talks about her, remembering she used to say how proud she was of him and his fighting career.

Kem may be a highly-decorated champion, but his success outside the ring is arguably far more important than his titles or fight purses. "I came from very little, but I've done so well for myself," he said. "And for that kind of success, you have to train hard, of course, but you also have to love your family. If you ever do anything wrong, they're the ones who are going to be there for you. More than anything, your family should be your priority. Train hard, take care of yourself, love your family."