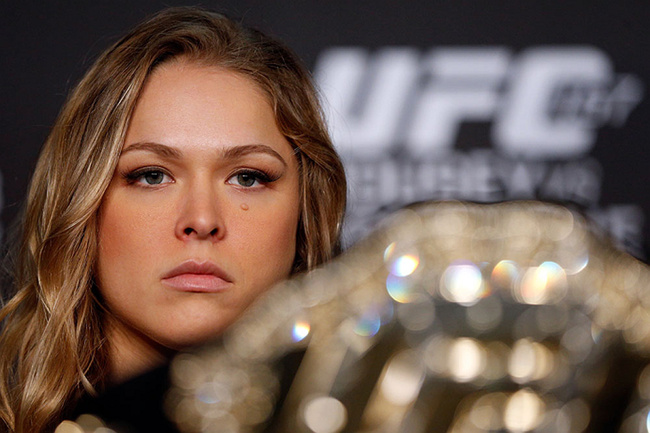 Ronda Rousey, busy as always, is looking forward to the opening weekend of Expendables 3. Her leading action role in the film has fight fans excited to see her crossover into Hollywood, but that hasn’t distracted the famous judoka from her real job.

After defeating Alexis Davis with another dominating performance of jab-jab-huge throw-finish, Ronda announced that it was time for her to take a short break.

Five weeks ago, Rowdy Rousey had her fourth knee surgery—already she’s feeling better. This week, Ronda told UFC Tonight that she competed while injured for years, and that she hasn’t felt this good on two legs since she was 16 years old.

Now training towards the coveted “100 percent” condition—for the first time, it seems, since we saw her start her MMA career—the women’s bantamweight champion’s heart is set on stepping back into the Octagon in the new year. 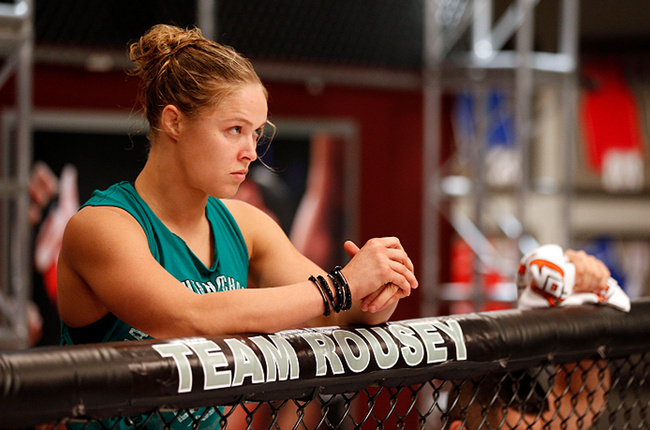 “I would love to be on the card with Jon Jones and Cormier whenever they are ready to fight. I think that would be a very special night,” she said.

We agree. January might seem like a long time to wait, and we lament it, but it seems like a lot of the big names in the sport are on the sidelines for a while. However, it’s exciting to think that Ronda’s next fight could be, nay, should be, as anticipated as Jones vs. Cormier.

Who is she most excited to fight? Gina Carano, Holly Holm, and Cat Zingano. But first, she might have to face the winner of Shayna Baszler and Bethe Correia. Only time will tell who the top contender will be come January, but Ronda will be waiting.

And that is just what we will need at the start of 2015—this is a card worth waiting for.