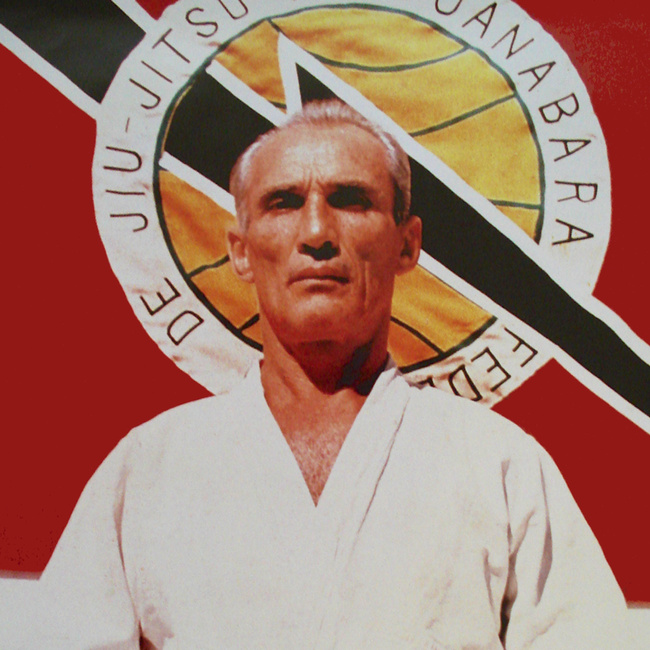 The authentic, cross-cultural, and downright tragic living history of martial arts continues on the stage of the next Metamoris grappling event. For its next collection of bouts, Kazushi Sakuraba will set foot on American soil for the second time ever. Sakuraba is a cultural icon in Japan—a rock star of MMA. He brought humor and charisma into the ring, while becoming one of the most fearsome grapplers to represent the Japanese in a time when a bunch of rowdy Brazilians had been challenging the effectiveness of their arts, and winning.

Don’t get me wrong, Japanese fans love them some Gracie. That’s why pairing up their beloved hero against anyone with that last name was their jam in the early 2000s. It happened six times, and he beat four different Gracies: Royce, Royler, Ryan, and Renzo.

There was even a PRIDE Bushido event billed as “Team Japan Vs. Team Gracie” in 2003. 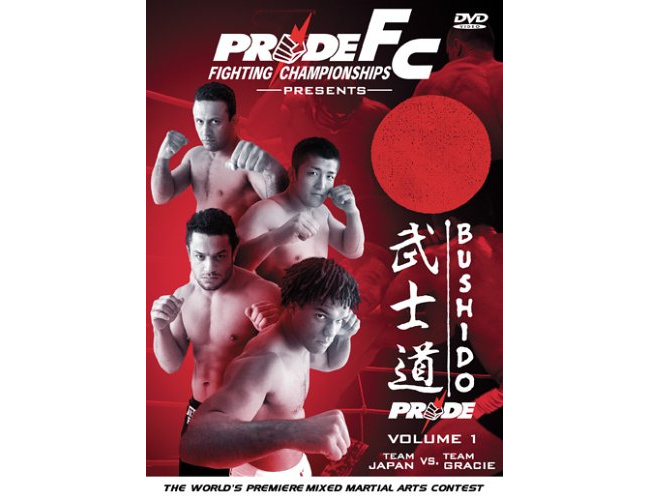 This is all such a big deal because of how finely tuned in the Japanese fan base is to the historical context of mixed martial arts. Let me explain. The Gracie Godfather, Hélio, and his brother Carlos, are the founders of what is now considered “Brazilian jiu jitsu.” After spending years focusing on the submissions and full guard components of what was originally taught to them by a Japanese judo master named Mitsuyo Maeda, the brothers started challenging virtually everyone. In 1951, they set up their most important and historical challenge match against Masahiko Kimura—the best judoka of all time.

Hélio challenged Kimura to a grappling match. His aim (and his overall mission in life) was to prove that he and Carlos had developed the more traditional aspects of the Japanese-based martial art into one based more on self-defense—battle tested by skinny surf kids on the streets of Rio. Kimura outweighed him by over 80 pounds, which was fine with Hélio, because it would only prove his point further if he won. It would have been poetic as hell, but Kimura caught the slender Gracie in a shoulder lock. Hélio refused to tap, and Carlos was forced to throw in the towel, forfeiting the fight.

Out of respect, the Gracies named the submission lock after Kimura, and it became part of the MMA vernacular.

The MMA world considered Sakuraba to be extending Japan’s wins against the Brazilians who had so brazenly returned to jiu jitsu and judo’s homeland, flying their own flag. After a couple of wins against the family, he was given the moniker of  “The Gracie Hunter” for being so prodigious against the Gracie brand of ground fighting. What’s even better is that he defeated two of the family’s best with a Kimura (to which Renzo and Royler both did not tap and let their arms break like Hélio had).

He only lost twice, once to Royce in a rematch, and once to Ralek—who is of the younger generation, and the creator of the Metamoris grappling event. The event is held in Los Angeles, and features 20-minute submission only grappling matches known for its creative pairings of top rated jiu jitsu players against UFC stars.

This week, the event announced the match-ups for the next event in November, and the main event is everyone’s favorite JMMA star himself against everyone’s favorite Gracie, Renzo. It will be the second time they compete, this time without striking invovled. 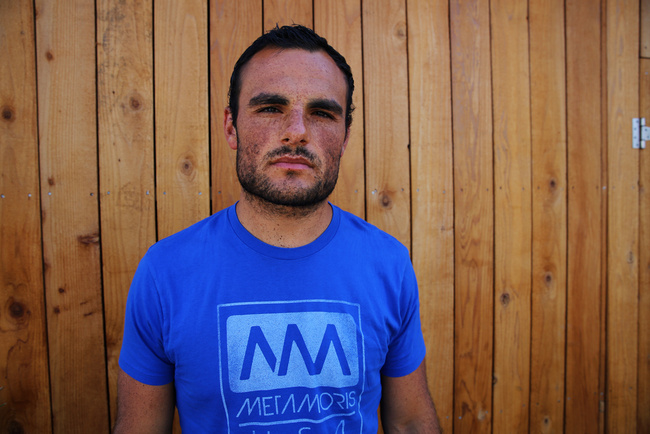 Ralek’s own bout against Sakuraba took place in 2010 in Saitama, Japan. It’s one of my favorite fights to watch, purely because within the first two minutes of the fight, Saku wraps him up in his dreaded Kimura lock, threatening the young Gracie with certain, and tragic defeat.

What I like most about this moment is imagining what Ralek must have been thinking. He played it cool and carefully inched his way out of danger, but he had to be losing his mind over the possibility that the legendary hunter of his family was close to finishing him with the same weapon he used on two of his uncles—a weapon his very grandfather named after a man who had broken his arm with it six decades earlier. MMA nerd explosion! It’s just so fucking Shakespearian.

“I remember feeling like, ‘Wow, it really makes sense there is so much hype about his Kimura. It’s really tight,” Ralek calmly told me after I worked myself up selling my tragic play analogy to him the other day.

Metamoris had announced the event card earlier that day, and Ralek had just picked his son up from school. He quickly changed the subject, saying that he didn’t want to make it about himself.

“Man, I’ve been wanting this since we started Metamoris. This for me is a dream match. I think that the drama of Sakuraba winning with the submission hold, and, like you said, the significance of that submission hold coming from a Japanese fighter who was a legend in his own right [is what’s compelling.]” he said, bringing it back to Sakuraba’s rematch with Renzo on his grappling stage.

“There was a time in the culture of martial arts and in Vale Tudo before everything became MMA, that Renzo and Sakuraba represent. They represent a very pure form of expression of combat—in everything—fighting grappling, and in martial arts.” 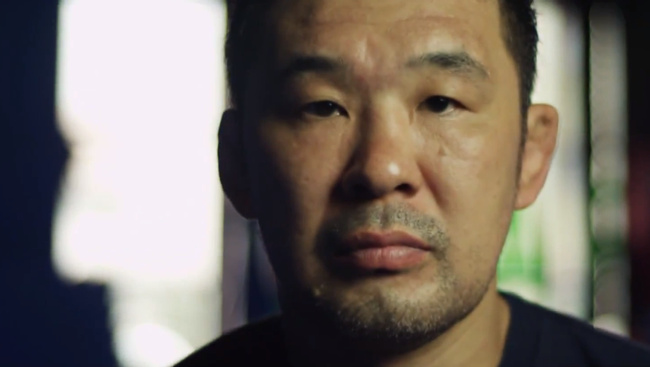 “We don’t want to see these guys try to beat each other to a pulp.” Ralek continues, finishing the story. “No one wants to see that. This match is not meant for any MMA organization. This is meant for a grappling organization, and its meant for the premier grappling that is going to tell the story. We are going to tell the story and present it in a really authentic way. And people are going to feel it in a way that is deserving of what these guys have done.

“The message that I got [from Sakuraba] was that he was extremely excited, specifically to do a match with Renzo. As if that was the only person in the world he needed another match with. It was really cool how much he respected and appreciated it. That comes through in the trailer. He’s authentic. The translators that were involved that were helping us out—Mak Takano, specifically—he’s pretty much the guy that made this happen.”

“They are going to go in there with the most respect, and try to outsmart each other. They are both fully capable, and no one has any advantage. Everyone knows Sakuraba is the man when it comes to his grappling and his grappling skills. And he has his own influence, which is completely separate. Actually—it’s not completely separate. There is that original connection between Maeda and the guys that came from Japan, and their influence on Catch wrestling as a whole. Which is what I just learned when I talked to Josh Barnett. I don’t know how much of it… where it fully connects, but there is definitely a connection there at the foundation. It connects at the source of grappling influence.”

Metamoris’ fifth event, that also includes UFC fighter Rory McDonald, will finally solidify its brand and vision. The mixed martial arts community not only gets to watch cool throwback headliners, but we get to watch relevant MMA personalities put their submission skills to the test against the most brilliant minds of today’s Brazilian jiu jitsu academies.

Don’t miss Metamoris 5 on November 22nd at the Long Beach Convention Center. Tickets go on sale on October 10th. If you can’t make it, watch it on online on their live stream.