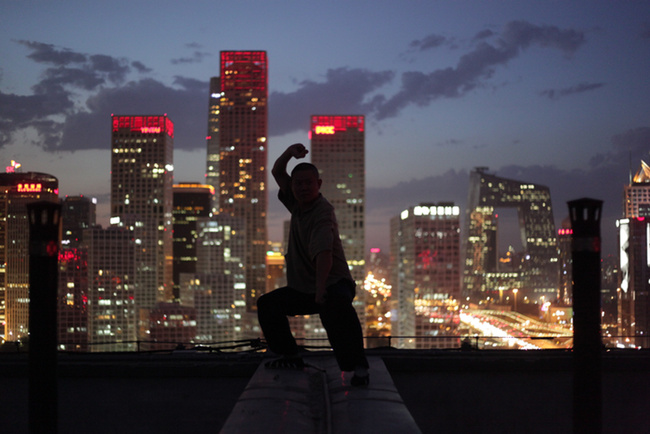 There can be no denying that kungfu is absent from the mixed martial arts, and that this absence speaks volumes about traditional Chinese kungfu. What irony. Most martial artists today, no matter what discipline, count Bruce Lee as a primary inspiration. There are more than enough zealots who believe that Bruce Lee is the original mixed martial artist: his Jeet Kun Do philosophy is mixed martial arts in a nutshell, and his fearlessness, physique and no holds barred battles with fighters from all styles epitomizes the modern warrior.

The proving grounds. That is what MMA is all about. What works survives, and what doesn’t gets scrapped and left behind. Being left behind is all today’s kungfu masters can talk about. Some of them sneer at MMA (barbarians beating each other); others talk about limitations (my style is about killing, gloves and rules just hamper my awesomeness). But it all boils down to fear. Something Bruce Lee realized a long time ago. When he left the Mainland for Hong Kong, and eventually Hong Kong for the US, Bruce Lee was trying to escape the cloying parochialism of China’s martial community.

It’s been decades since Bruce Lee left the homeland for the shores of California, yet that parochialism still thrives. Chinese kungfu masters protect their tiny, shrinking bits of turf like feuding cats in a tiny basement, while the rest of the world marches on, fusing Taekwondo with Muay Thai with BJJ with wrestling to create the martial artist Hong Kong filmmakers can only dream of. 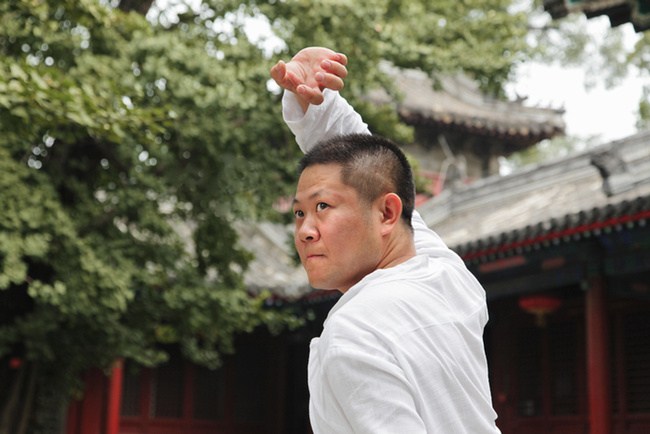 China is being left behind, even as the nation’s destitute, desperately commercializing kungfu masters attempt to patronize the world’s fastest growing combat sport with stale declarations regarding spirituality, meaning, killing intent, and anything else they can drum up to avoid facing the truth: MMA is crushing it, and Kungfu is not.

Right now, nothing stands in the way of kungfu following the fate of lederhosen.

But then a Shaolin monk named Xingxi laced up a pair of 5oz gloves. This unassuming young man from the mountains around the Shaolin Temple has lived a life specifically tailored by the heavens for a Hollywood film. He left home as a pre-teen to study martial arts a few hours away from home, but realized less than a year in that he was destined for something else. At age 17 he wandered up to the Shaolin Temple and asked for the “real kungfu master” who could teach him the pure, unadulterated Shaolin martial art.

His search led him to Master Shi Dejian, a Zen Buddhist monk and Shaolin kungfu master who lives atop a peak overlooking the Shaolin temple, inaccessible by road, dressed in robes and surrounded by the silent scurrying of the devout. He is the last in a  line of warrior-monks who hold the “true knowledge” of Shaolin kungfu. 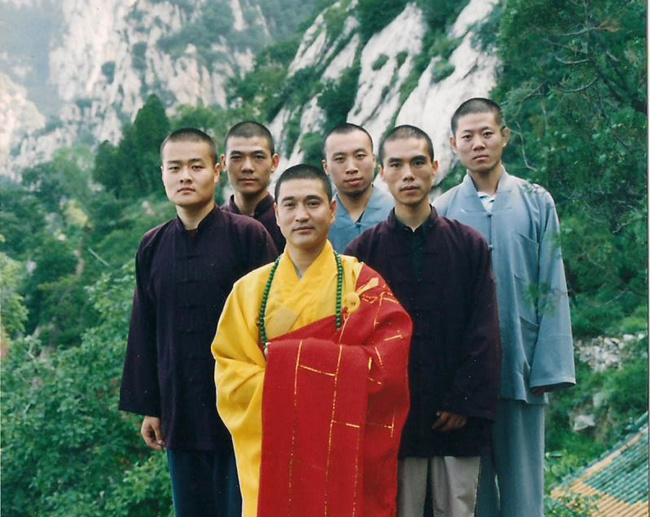 Xingxi spent ten years with Master Shi learning the Shaolin kungfu style handed down by a semi-mythical master named Wu Gulun, who, in 1870, escaped Qing persecution and kept the lineage intact. Sound like a classic kungfu flic? It gets better.

After a decade of training, Xingxi set out with a few yuan and a backpack and traveled the earth like Jules for five years. He saw many things and worked many a job—mine overseer, bodyguard, driver for bosses and such—before he returned to the Shaolin Temple and decided to open up a school with his kungfu brother. That school dissolved and now Xingxi makes his home on the the outskirts of Beijing, in a courtyard buried deep within a planned village, where young Israeli travelers fresh from yoga class in India learn about Zen while sweating their way through a bad horse stance.

Why does any of this matter?

Because Xingxi is one of the very few kungfu masters who has grasped the power of MMA, and has declared his intent to enter the ring and represent Chinese kungfu.

“Most masters think too much,” Xingxi explained over afternoon tea. “They worry that they will be embarrassed. I don’t think too much about that. MMA is exciting, it is new and full of vigor. I think it is up to us, the men and women representing kungfu, to enter this world and prove that we can contribute. MMA will not wait for us.” 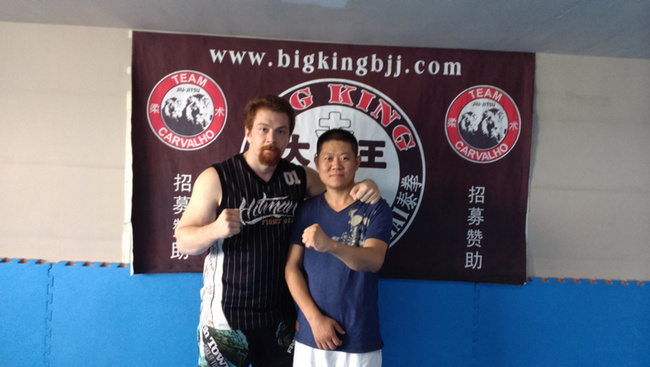 The man seems to have a clear idea of what he is getting into and why. Xingxi has already trained a bit at a Beijing MMA gym, Big King, with Nano Lozevski and his protoge Yang Jianbing. He watches Youtube clips of TJ Dillashaw and Anderson Silva. His faithful assistant, Naomi, urges him to try kickboxing (then you wouldn’t have to learn BJJ), but he disdains. Only an MMA bout will do.

But when I sit across from him in his beautiful courtyard with the mid-autumn moon hanging in the sky like the lamp of truth, I can’t help but worry. Xingxi is in excellent shape. He can shift from horse stance to bow stance in a flash and his punches and kicks carry the sound of wind on robe. But this man is obviously a monk. His Chinese social media feed is filled with pictures of beads and Buddhas figurines, and sunlight striking the flying eaves of some temple. His cherubic face invites confessions. His demeanor is non-judgmental, soft, inviting, tolerant. The man is the personification of Chinese martial values, which, for better or for worse, have forgotten their brutal fighting origins. Xingxi is on a path that leads to enlightenment, the Tao, the Way. It’s a path that runs parallel to the martial arts, but, so far, has not crossed over in any meaningful way into MMA.

Yet he is adamant about fighting in the ring. About learning how to stuff a takedown, and how to protect his head against kicks and the dreaded Muay Thai clinch.

“He believes his kungfu skills can be proven in a MMA fight, with some modification,” said Big King’s Nano Lozevski. “He’s a really nice guy. He picked stuff up quick. I like him. My impression is that he’s a cool dude, but then again I have only met him twice.”

For all of his clarity regarding kungfu’s place in the global-martial scheme of things, he still doesn't seem to understand that MMA requires the same dedication that kungfu does. Chalk it up to the patronizing, parochial nature of Chinese society. In the end, it doesn’t really matter if Xingxi fight, or wins, or loses. That’s not the point. For years kungfu masters wouldn’t dare set foot in the ring with any foreigner unless the outcome was controlled in some way or another. The bare-knuckle circuits of the early 1990s withstanding, Chinese martial arts has relied on pretense and bullshit to get through the past few decades—but that era died the day Severn tapped to Gracie’s triangle choke. Xingxi is one of the first of his kind: a bona fide kungfu master who wants to enter the ring and prove himself in the world’s most unforgiving arena.

If there’s anything Chinese kungfu needs right now, it’s idealistic monks like Xingxi willing to risk life and limb to prove that their style belongs in the conversation. He might never make it to the ring, and if he does, he might get manhandled by the first guy he meets with any ground skills. But in any revolution, it’s the first stone that starts the avalanche.