A Trip to RFA: Spring in Sioux Falls 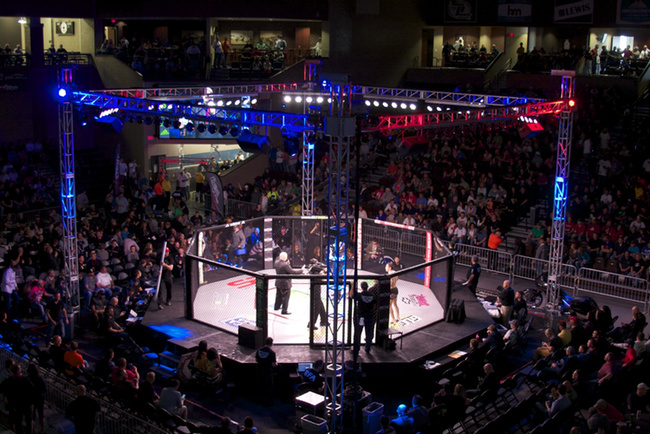 I drove from Minneapolis to Sioux Falls to watch the Resurrection Fighting Alliance put on a show last weekend. I went because it was high time I went to see some fights, because I needed be on the road again, because I heard there was an emerging star on the card. Enough reasons to put my twenty-year-old ride on cruise control and vroom through the vast soy and corn fields of southern Minnesota, freshly unfrozen and waiting for new seed.

I’d never been through this part of the country before. Big puffy farmland clouds zipped in front of the sun spinning off moisture, leaving shade in their wake; houses hiding in clumps of trees at the corner of a field that stretches out to eternity. At Brewster, a railway that leads up to a soy processing facility rising out of the flatlands like an abandoned mission to Mars.

Sioux Falls is a Great Plains outpost living in dreamworld of pre-digital ambition and first world boredom. There is a casino every few blocks, the dark windowless grimy kind that caters to the drunks and desperados within walking distance. Diners keep churning out the best food for miles around, the Big Sioux River keeps churning past the old broken down wheelhouse. 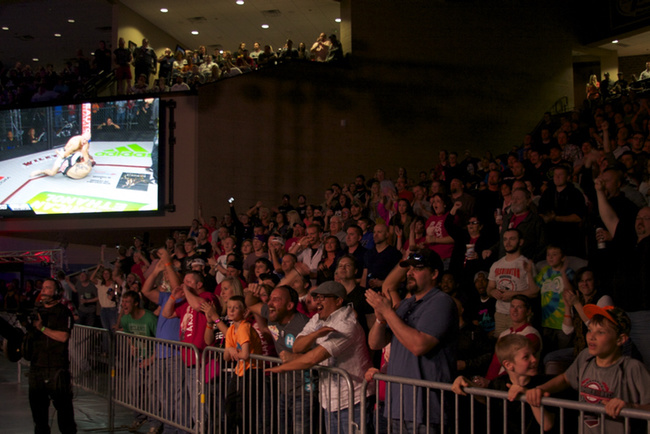 It’s not a place where I would imagine finding a star. Wrestlers and fighters, yeah, platinum blonde girls and polite stolid men, sure. But a star? I think so. I believe I spent two hours hanging out with one, a baby star fresh out the nebula. His name is Khalil Rountree. His father was Roderick “Khalil” Rountree, a mountain of a man who managed Boyz II Men and New Edition in the late 80s and early 90s. Big Khalil was shot and killed by thieves in 1992 when little Khalil was just two.

Khalil came out to the John Legend call to arms, “If You’re Out There.” He sang it with his eyes closed and people he life coached back in Las Vegas watched on television and cried.

“If you hear this message, wherever you stand
I'm calling every woman, calling every man
We're the generation, we can't afford to wait
The future started yesterday and we're already late” 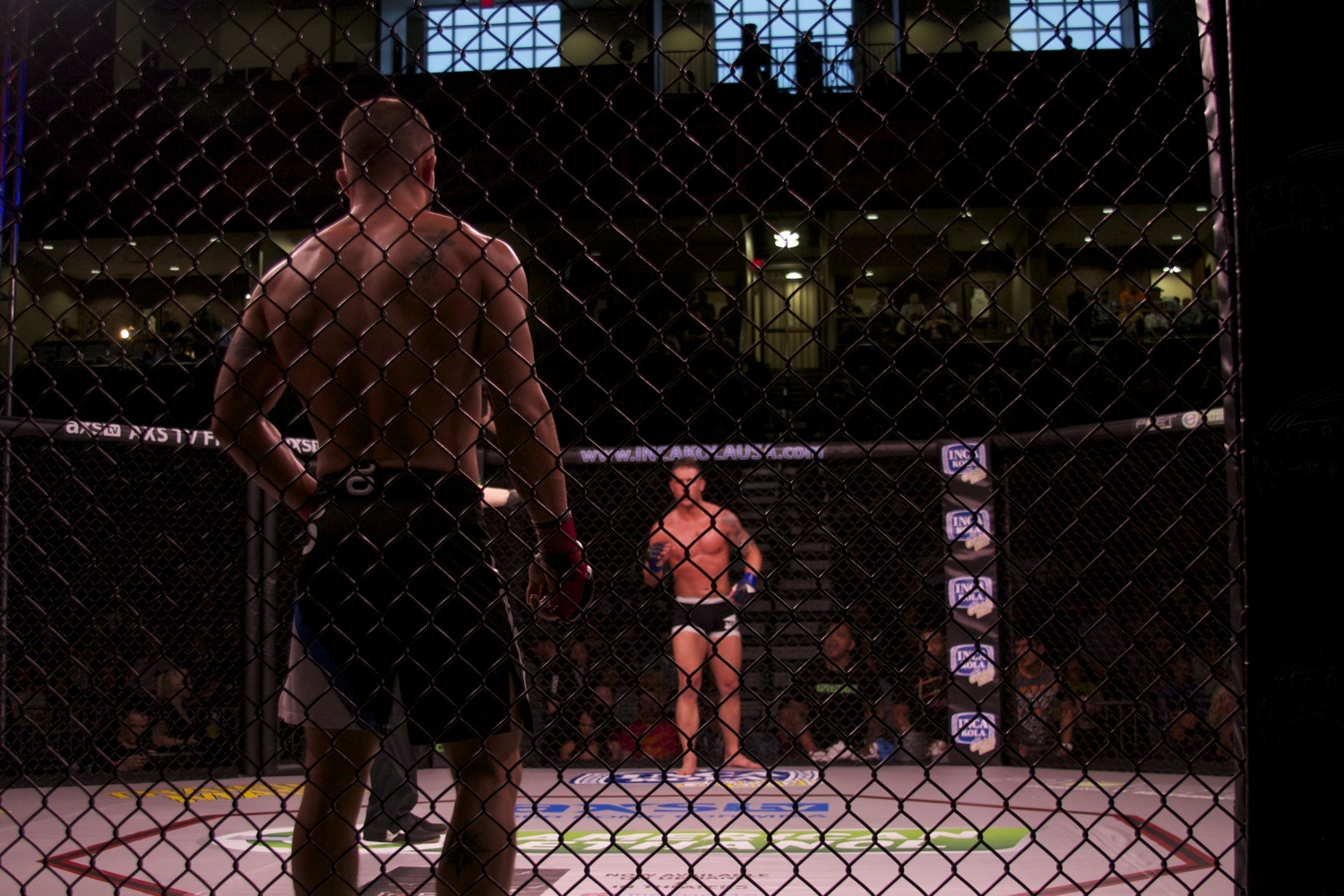 And yet Khalil’s energy jumps out at you. He’s striking and almost beautiful when he fights, he speaks of emotional intelligence and the life force within danger, he talks like an almost poet who wandered into the fight game. After the fight Khalil told me he wanted to be “a father to the world” and represent masculinity and manhood and his race in a way that creates legends and stories that reverberate long after he’s gone. He and his brother Donavon Frelow have that on some Messiah shit energy that attracts sponsors out of the blue and praise from Anderson Silva and the Blackhouse crew. An energy that attracts writers and other essence-jackers like flies to honey. I made silent goals for myself as I listened to him speak:

“Personally man, I just wanna, I wanna make marks, you know? I want to have the biggest stories, I want to have a great book that can be passed on forever so someone else’s dad can be like, ‘In my day this guy was the man!” whether that be movies or whatever, anything man, anything that has to do with being able to apply masculinity, apply manhood, apply wisdom and knowledge. All the things that come with being a father to the world man. That’s what we need. That’s the reason why I'm in all of this.”

When I left Sioux Falls, driving with a billowing sunset behind me, I thought back to all those fights at the Sanford Pentagon, to the mashed potato and fried chicken burrito I had at the Phillips diner, to the native kids fishing by the Falls. I thought back to Khalil and coffee all morning and how he calmly waved with his free hand at the screams from his corner to get the fuck off the cage. Ed Soares all business as the prospects roll in and roll out again.

The RFA is like a red nebula spitting out proto-stars at a constant steady rate. Some of those stars will attract entire systems and become something entirely new, move to new platforms and take belts. Sioux Falls will remember how Jordan Larson won that big fight in front of his people. They’ll talk about the Bentz-Logan fight and how they would have both won fifty grand had they been fighting in the UFC. Maybe a couple years from now they’ll talk about Khalil and try and remember what happened on that Friday night when he fought in Sioux Falls during the first days of spring.

So You Want to Be a Promoter - Ed Soares