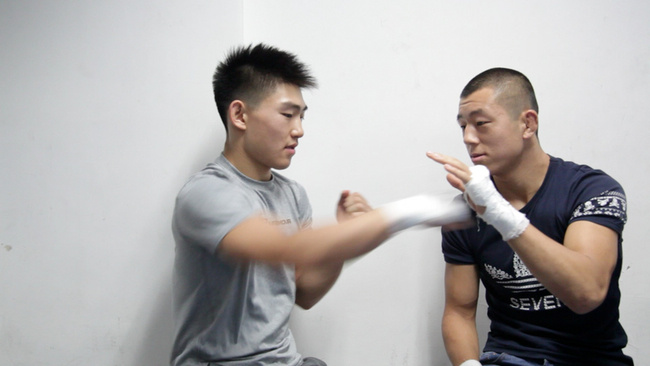 RUFF 13 was a watershed card for Chinese regional MMA. I have been following several of the fighters who competed on that card for a while now, and I saw a few things on June 7th in Shanghai that impressed me. It looked to me as if both the fighters and the system are adapting to stiff new competition, through changes in attitude and training methods.

The first and perhaps most obvious difference I saw was a killer instinct that previously lacking in many of the Chinese fighters. All but two of the bouts ended in a finish, and of those 10 finishes, seven were by KO or TKO, including a breathtaking head kick KO by Lu Zhenhong. A card filled with finishes is not significant in and of itself, but for the China regional circuit, it does raise some eyebrows. MMA matches out here can be sloppy. Fighters can be timid, or just too inexperienced to go for the kill. There is confusion, as a Sanda trained brawler flails at a wrestler or low-level submission artist fails to lock in.

But this card was different. Perhaps because RUFF dispensed with the tournament system they had before and are now turning to a belt system to inspire and motivate the fighters. Maybe it was just one of those nights. But I just saw more aggression, more precision, and a lot more experience from the competitors.

Before this card, the Chinese fighters had had a lot of problems with the Russian and Dagestani imports that are now populating RUFF (and every other promotion out there). They had never seen tanks like these guys before. Big tough Sambo-trained guys repeatedly slammed and pounded the Chinese strikers on previous cards, but this time the Chinese had answers. RUFF’s biggest name, Wang Guan, weathered an initial slam fest from Dagestani Aliyar Sarkerov, and then submitted him with strikes, avenging his loss in RUFF 11. In a very exciting bout between Mongolian slugger Amartuvshi Khunkhenkhuu and the Russian Thai boxer Alexey Makhno, a similar dynamic played out. The Russian started off great, but was TKO’d late in the first round after Khunkhenkhuu gained his footing. 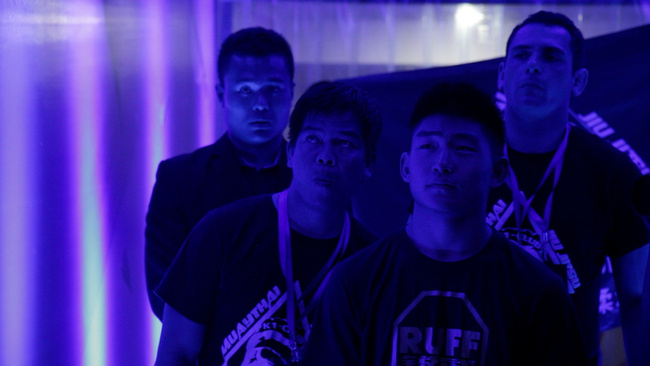 Marko Kosev, a heavily decorated Sambo fighter from Bulgaria who defeated the UFC’s Ali Baguatinov back in 2010, had his hands full with a tiny rock of a man from Mongolia named Hexigetu. Hexigetu took the fight on two weeks notice after Dagestani Shamil Magomedov pulled out, and he landed a punch midway through the second round that had Kosev on autopilot for the rest of the fight. His autopilot - plus a few body slams and good striking - was still enough to pull out the unanimous decision. Kosev was a little shell shocked after the fight - nobody expected the little Mogolian to fight so hard, least of all Kosev.

It was an impressive showing for the Mongolian contingent all around. They seem to be the middle ground between Russian and Chinese fighters: tough as nails, but better strikers than wrestlers, especially when facing Sambo.

I also enjoyed watching several fighters complete the transition from Sanda to MMA. Making the transition from pure Sanda to a more balanced MMA game is perhaps the more important development for regional Chinese MMA. This was most evident in the headliner, Zhao Yafei vs. Song Yadong, and in Lu Zhenhong’s fight with He Jianwei. 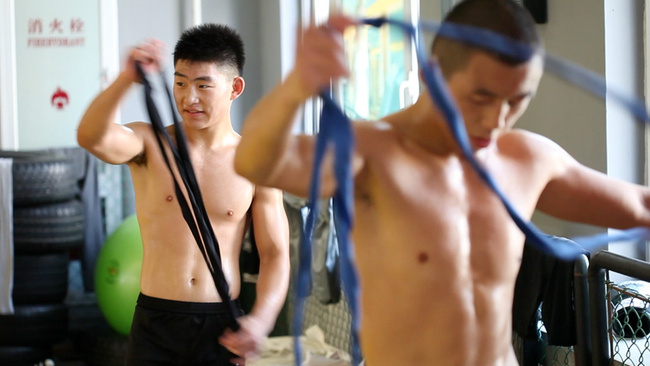 These three fighters—Yafei, Yadong and Zhenhong—are the future of MMA in China. They, even more than the current crop of Chinese fighters in the UFC, represent the Chinese mixed martial artist. Yafei and Zhenhong are 21 years old and Yadong is 19 - Yadong and Zhenhong train together under Bobo Wu at the K1 MMA gym in Tianjin. Bobo has brought in a couple of top notch BJJ and boxing coaches, and their impact is clear. Yafei’s gym does not have the same level of coaching - he relies on his own abilities and talent, which showed a bit in his loss to Yadong.

In their headlining fight, Yadong and Yafei moved seamlessly between levels. They threw inside leg kicks, high kicks, went for submissions on the ground and stuffed takedowns. They boxed. But most of all they were in control of their motions. They looked great in there, and for a regional promotion in China, that is something to applaud. There wasn’t a flailing punch or stumbling takedown attempt in the entire fight (won by Yadong via majority decision). 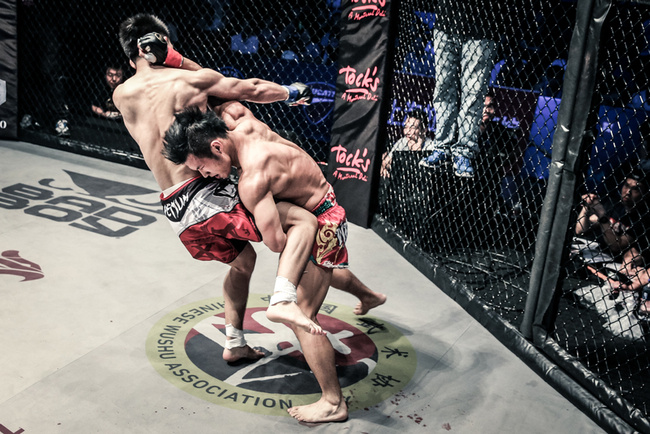 But Lu Zhenhong was the fighter who stole the show. He fought a tough He Jianwei, known for a good chin and a decent ground game, and completely outclassed him. Zhenhong looked much better than he did against Azamat Gashimov, the Dagestani boulder that slammed him to the mat a bunch of times in RUFF 12, and that is to be expected—He Jianwei is no Azamat.

But it wasn’t just the competition. This was the first time that Zhenhong’s fluid striking and takedown defense were on display. After almost two rounds of getting pummeled, Jianwei realized that there was nothing he could do against Zhenhong, and he gestured for Zhenhong to end it. And that he did in spectacular fashion, with a solid combination ending in head kick that dropped Jianwei like a sack of potatoes.

It was an exciting card. Knockouts, fluid footwork and great striking, finishes all around. The crowd was the largest I have seen at a RUFF event—around 2000 people—and the fighters put on a good show. How much of that reverberated outside of the Hongkou Stadium in Shanghai is hard to say. 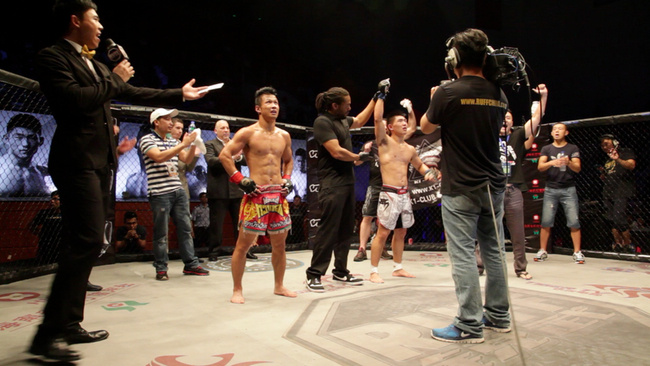 Not many people outside of hard core China MMA fans like myself know anything about RUFF, and even fewer can name a fighter. But I for one saw the fruits of everyone’s hard work that night, and I believe it was a great night for MMA in China, even if no one remembers it outside of the couple thousand people who were there.