According to Rafael Cordeiro, Cain Should Get a Rematch 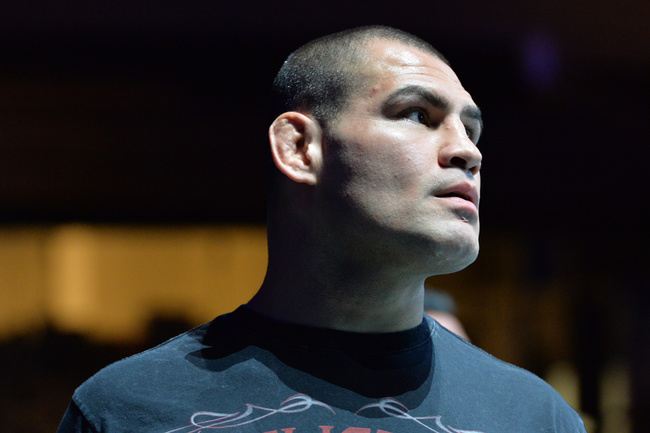 Few people expected Fabricio Werdum to beat Cain Velasquez, much less that he would finish the former heavyweight champion before all five rounds elapsed. The altitude of Mexico City proved fearsome yet again, giving Werdum—who spent over a month at those heights before the fight—a crucial advantage over Cain, who was out of gas at the end of the first round.

From the beginning of the second round to the point at which Werdum cocks the guillotine, Velasquez was a rag doll, a drowned body getting whipped around in a rapid. Velasquez’ believers are so loyal, however, that many thought Cain lost only due to the altitude. Rafael Cordeiro thinks otherwise. He told the MMA Hour that “people try to find excuses all the time” when it came down to admitting and accepting Fabricio Werdum’s position in the sport.

The discussion about Werdum’s first challenger came quick with Junior Dos Santos claiming a shot. Dana White spoke a few days later and said Cigano was injured, so the most likely challenger would be Andrei Arlovski or Stipe Miocic. Both Arlovski and Miocic are coming off two dominant TKO wins, over Travis Browne and Mark Hunt respectively. Few discussed the possibility of the former champ Velasquez getting a second chance—the ring rust was real and training camp fell short. Maybe Cain needs a readjustment before challenging again, versus Werdum, it was not an even fight.

Despite all that, Werdum’s coach, Master Rafael Cordeiro, the man largely responsible for the Brazilian champ’s transformation, thinks Cain should get a rematch. He told the MMA Hour he believes Cain’s history in the Octagon is enough to earn him a rematch. He told Helwani,

“[If] somebody has to fight, I believe it’s Cain. He deserves. I’m okay with the rematch, no problem. For everything he did in the heavyweight division, I believe he deserves a rematch."

Weighing the Options of Cain Velasquez