Across the Mekong: The Life and Times of Master Song 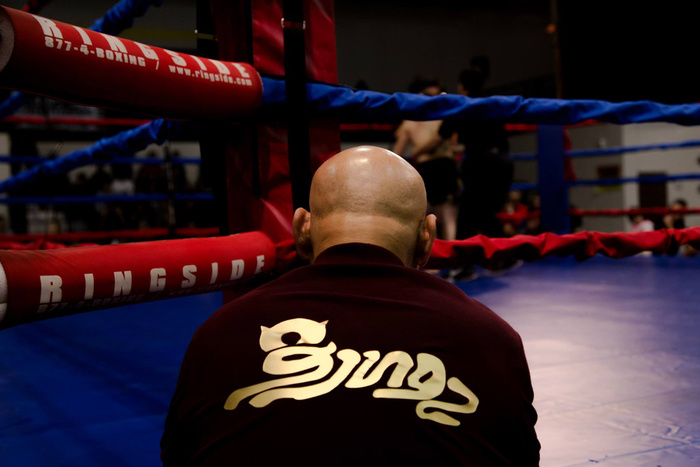 First time homebuyers aren’t the only ones being affected by Vancouver’s housing crisis. Muay Thai Kai Singthong, a gym in the down-town-east-side is facing closure if it can’t secure a stable piece of commercial real estate to rent. Currently located at 265 East Hastings, the gym was recently forced out of it’s previous location at 1127 East Hastings after more than 10 years there.

To many, Muay Thai Kai Singthong is much more than a gym because owner and head trainer Songlith Singthong, known as Master Song, has always made it about family. Passing down his wisdom, Master Song taught his students to eat together, work together, and give back together. Unlike most businesses that separate formal and personal relationships, Master Song was known for regularly having his fighters over for giant parties, filled with the most delicious foods from South East Asia. Birthdays in particular, were always celebrated together. For most of his students, the gym became a surrogate family. Bonds were made that couldn’t be broken. 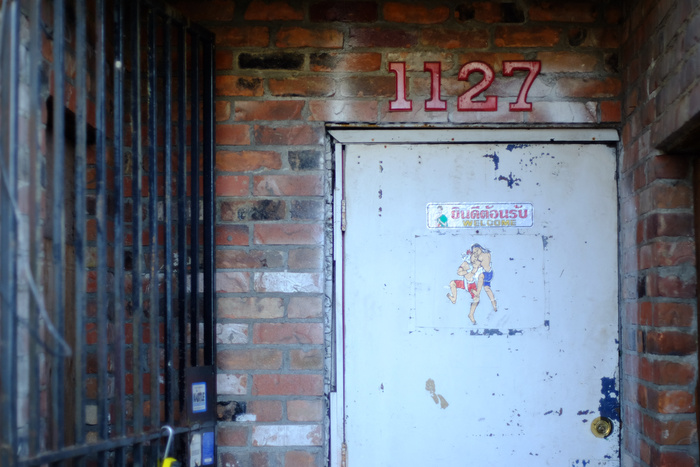 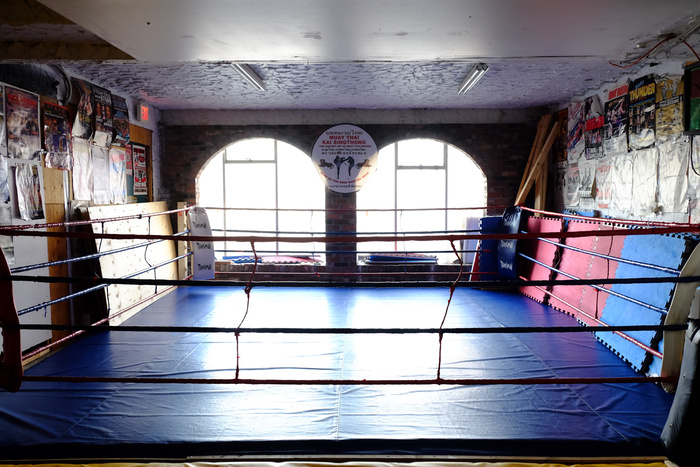 The gym first opened it’s doors more than 20 years ago in Abbotsford, British Columbia. Back then it was known as Golden Lion Muay Thai, but Master Song always wanted to be in Vancouver so he eventually made the move. Now, after more than two decades in business, Muay Thai Kai Singthong is at risk of closure, and while the tight knit family he created most definitely wont be lost, an intricate part of history will be.

Master Song is credited with being the first to bring Muay Thai to Western Canada. He has produced a multitude of champions, started the first Muay Thai association in Canada, and has promoted amateur fights for the better part of the last fifteen years. While his credentials speak for themselves, Master Song’s life’s story is what sets him apart from other trainers. 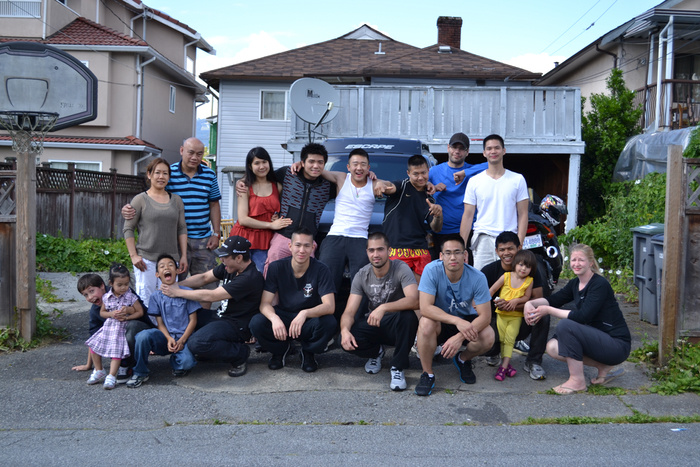 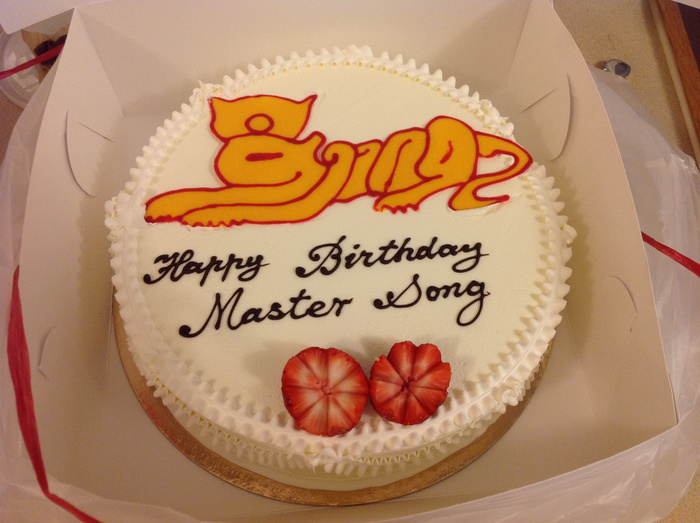 Muay Thai is Thailand’s national sport, but Master Song is actually from Laos. During the Laos civil war he made the frightening decision to flee the country. Leaving everything he had behind, he left in the middle of the night with a group of friends. He dove into the powerful Mekong River and began the nearly two kilometre swim to Thailand’s Nong Khai Province. As he swam, soldiers were stationed at various towers and instructed to randomly fire into the river. Master Song could hear the gun shots but he believed in himself, he believed in freedom and kept swimming. Others were not so lucky, many died in their attempts. There was a blind man who also tried, but got caught in the current and was pushed back to Laos. He ran to shore screaming that he was free, only to be caught by Laos soldiers, what happen to him after that, Master Song does not know. 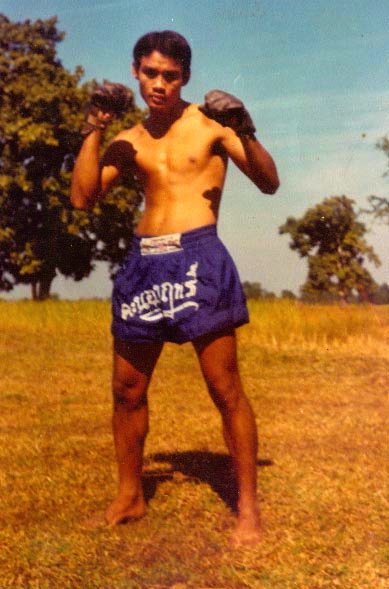 He made it safely to Thailand, and eventually to the refugee camp that had been haphazardly set up by the Thai Government, and then again by the Red Cross. The refugee camp wasn’t easily living. Although the threat of the Prathet Lao Communist Party was gone, and food and water were available, it was never enough. The Red Cross made periodic donations, but the Thai soldiers would pick through them first. They would take the best, and leave only scraps for the refugees. For many of the residents however, it was the lack of meaning their lives, the boredom, and the restrictions placed upon them by the Thai government that made living there so difficult. In order to leave the camp, you had to be granted a pass; a pass the soldiers rarely gave out. The majority of those fleeing the country weren’t peasants, or famers but instead an elite class of people who were used to work, progress and development. For Master Song, life at the camp just wasn’t stimulating. 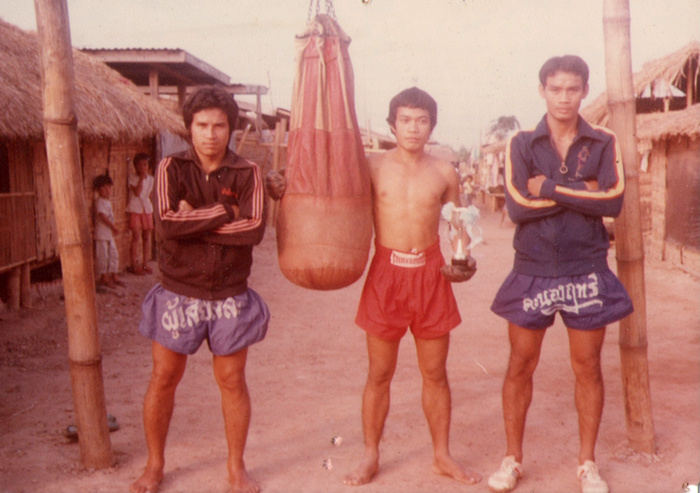 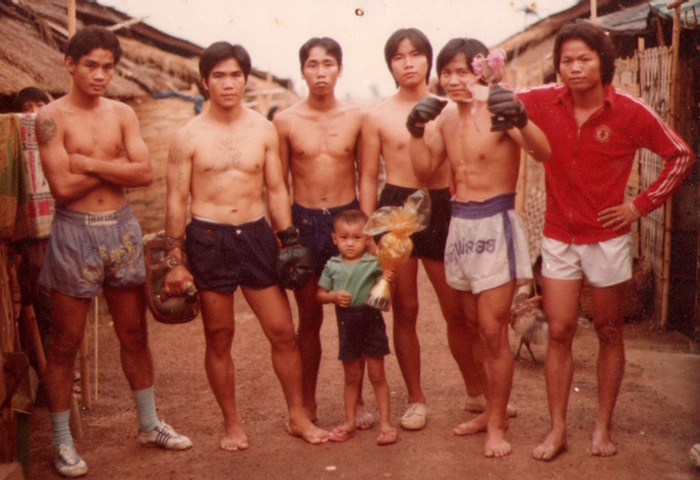 Never known to stand still, he again risked his life and fled the camp looking for work. He managed to find a job hand-loading eighty kilogram bags of rice on to jerry-build transport trucks. For a full days work in the oppressive heat he was given forty Baht ($1.15 USD). He would then buy food, beer, and whiskey for his friends and sneak it back into the camp. The sustenance provided only a brief escape from their harsh reality. Wanting to provide more for his friends, Master Song decided to start fighting, again and started a make-shift gym at the camp.

Before the civil war began, Master Song was already a veteran of Muay Thai. He trained at his home in Vientiane and was good enough to be sent to the famous Pontawee Camp in Bangkok. He trained and fought along side legends like Sagat (Petchyindee), and Vichamnoi. He stayed there for three months.

Now, with nothing left to lose, Master Song decided to go out looking for match-ups. He travelled through Nong Khai, Sisaket, and Udon Thani Provinces taking whatever opportunities he could. He wanted to fight as often as possible, everyday if there were opponents. At that time he was making a meager 300 Baht per fight ($8.50 USD), but when compared to a days wages of hard labor it was a lot of money. And for Master Song, having a lot of money meant he could help a lot of people. 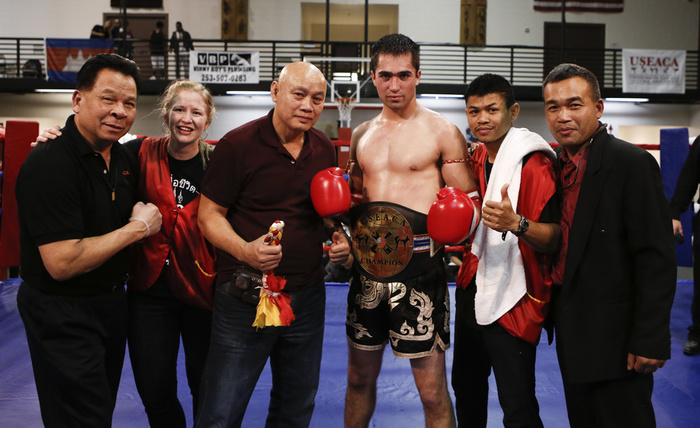 After four years in (and out) of the refugee camp Master Song was granted official refugee status and was subsequently able to apply for a transfer. In front of him lay two choices, Canada and Belgium. He learned that in these countries there is free health care, and assistance if you lose your job. He couldn’t believe it, the pictures he was seeing, the chance to start a new life. He picked Canada and was sent to the farming province of Saskatchewan in 1979.

He stayed for a few years working all sorts of jobs, everything from washing dishes to moving furniture. Master Song stayed in Saskatchewan a few more years training at home in-between shifts before moving to Abbotsford, British Columbia where he officially opened up his first gym. 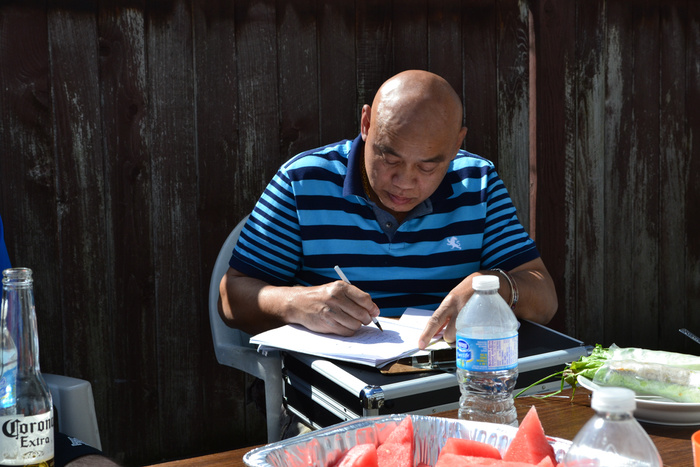 Now at 63-years-old, the passion and gratitude for Muay Thai and life that it has granted him is still there. Although he has had always had to work various jobs to keep the gym going, he does it out of passion, not profit. His students see this, and are touched by his giving heart. Master Song believes that if you can help, you must. Through his gym, he and his students have donated thousands of dollars to the Red Cross, B.C. Children’s Hospital, a Muay Thai gym in Vientiane, and the bombing victims in Laos who are still being affected by unexploded ordnance (UXO) left over from the US Air Force.

When Manchester Was Mecca for Muay Thai

Against the Odds: Bpaet Becomes a Muay Thai Fighter