Ahh, the Joy of Discussion 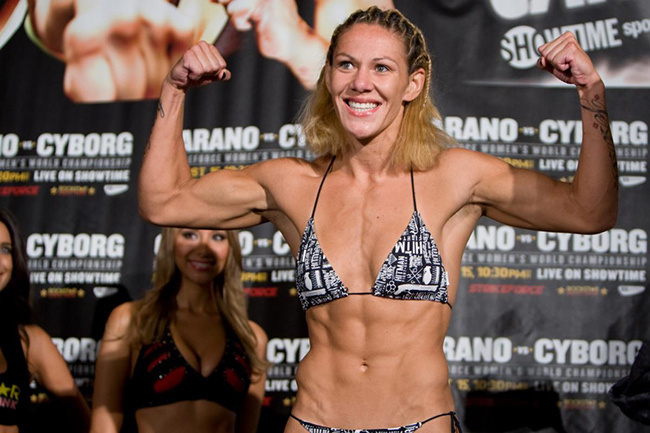 Last Friday, while dinking around on Facebook, I came across a video on the Women’s MMA Discussion page made by someone named Paulie G. The gist of the video was that if there is one transgender woman in MMA (Fallon Fox), then Cristiane "Cyborg" Santos was probably, at one time, also a man. "If there's one guy out there with no penis fighting, it's possible that there could be two," Paulie said, having his way with the rules of material conditional logic.

I am not sure which side of the whole Fallon Fox argument I fall on. Some medical experts say that after years of hormone treatment, she no longer has an advantage over other women simply because she was born and went through puberty as a male. Others, like endocrinologist Dr. Ramona Krutzik, say that there are possible, but not definite, advantages Fox might have over other women in terms of bone density, musculature, and brain imprinting. So if the doctors can’t agree, who am I to say? But I do know that calling Cyborg a man because she’s fucking burly and failing to talk about the issue within the confines of decency and kindness to Fallon as a human is just plain bad karma.

Normally I probably wouldn't have noticed the video, but a friend of mine had left a comment on the page, something to the effect of, “Come on you guys, don’t post shit like this.” The moderator of the page had responded in less than diplomatic terms, saying that if my friend didn’t like their content, she was welcome to take a hike. I don’t much appreciate rude assholes, so I decided to add my two cents. I pointed out that while the hosts of Women’s MMA Discussion are free to post whatever they want, they have created a public forum and should be prepared for the public to express dissent about their material from time to time. I was quickly told that I also was welcome to “unlike” their page and take my negative feedback elsewhere, that we (the moderators and I, I assume) “don’t have to be friends,” and that maybe I should create my own page where I can post things that I agree with.

It was starting to reach the point that, had I had my phone handy, I would have gotten on my Facebook app and taken screen shots, but things deteriorated too quickly for that. I was promptly told to “fuck off”; all of the comments I’d posted, and the page’s response to them, were deleted; and I was banned from commenting on the page at all.

Nothing like a good “discussion” about women’s MMA to keep the sport moving forward.