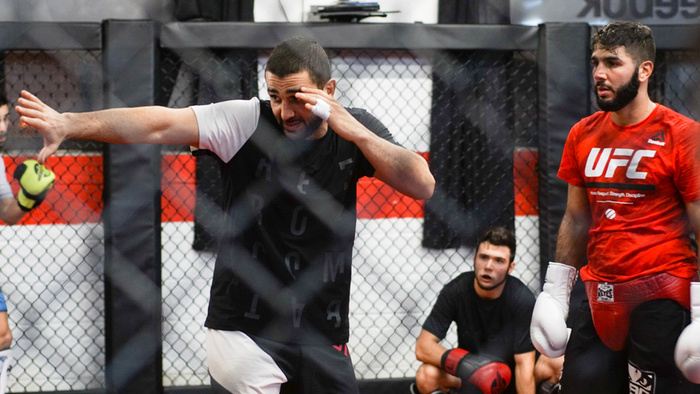 It took Aiemann Zahabi a relatively long time to figure out what his calling was, despite the success his older brother Firas was having with his Tristar team in the world of combat sports.

Having explored the various martial arts during his childhood, the youngest Zahabi sibling only began to take his training seriously in his teenage years. Even at that, it wasn’t until his second year of college that he decided to gear his life towards a career in MMA.

Before Aiemann came along, the Zahabi family thought they were complete until young Firas made a request to his father based on the typical adolescent treatment he received from his older brothers.

“My parents were done having kids after Firas,” says Zahabi.

“My two older brothers would actually pick on Firas a lot when he was the youngest. At one stage, Firas told my Dad that he wanted a little brother so he could treat that younger brother better than his older brothers had treated him.

“So, my Dad told Firas that if he had another son, Firas would have to act like his second father. Firas was only six-years-old at the time and he promised my Dad that he would do that.

“I kind of grew up with two Dads,” he laughs. “Firas is my brother, but he’s also like my father. I give him that level of respect.”

Zahabi remembers enjoying training at a young age, but when he started being able to explore his surrounding as he grew into his teenage years, his interest waned slightly.

“When you’re a kid you want to go and play outside with your friends. There were a lot of kids my age in my neighborhood and every day we would go to a nearby park and play hockey, soccer and football.

“There were twenty of us and we were all best friends. I actually used to get annoyed that I would have to leave them to go to jiu jitsu class or go to karate or Muay Thai. That’s why I always say I started to take it seriously when I was 15 because before that it was always on and off training, just for fun.” 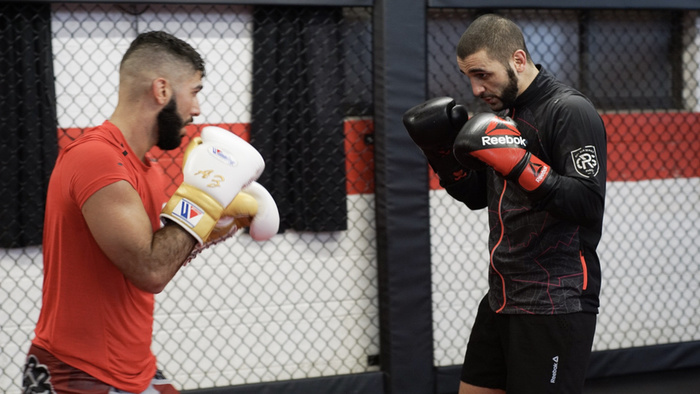 Zahabi considers himself very lucky to have had his brother to guide him through the world of combat sports. There is a common misconception throughout all sports that siblings or children of coaches are given preferential treatment, but if anything, his relationship with Firas only made his training sessions more grueling.

“A lot of people think that if your brother or your Dad is your coach they tend to take it easy on you, Firas went the opposite way with that,” he explains.

“He makes training hell for me because he doesn’t want to see me get hurt in there. He double-checks everything I do and does everything in his power to make sure that I not only come out with the win, but I leave the cage in good health.”

As Zahabi soon found out, it’s quite hard to quietly negotiate your way through Canada’s local MMA scene with a prestigious surname like his. Not only is Firas celebrated in the community, but his brother Ahmad is also a well-known decorated jiu jitsu player in Canada too.

From the word go, the public were crying out to see the Tristar charge tested against some of the most experienced fighters on the regional scene.

“There was always a lot of expectation because of who my brother is. I felt like everyone wanted me to face a guy with twenty fights right off the bat even though I had no experience.

“That just isn’t how it’s done. You need to get your feet wet. Training to fight and fighting are two very different things. Just because you’re good in the gym, it doesn’t really mean that you’re going to be good when it comes to fight time.

“You’ve got to fight some amateurs, maybe do some exhibition fights, but even then when you get to the pros you still have to be careful. I know a lot of guys wanted to see me in there with killers from the get-go, but when you’re only making $700 for a fight, that isn’t really worth it. There is no point fighting opponents above the price they are giving you.

“I’ve performed how I’ve expected to up until this point. I’ve got my submissions and my knockouts and now I’m looking at a UFC debut against a guy who won The Ultimate Fighter and has had twenty fights. Now it makes sense to fight guys of that caliber.

“People can buckle under that pressure so I see it as a gift that I’ve had all of this expectation. I’m happy that I’m in peoples’ minds and I’m happy that my name opens some doors for me. Now all I have to worry about is surpassing everyone’s expectations when I walk through that door.” 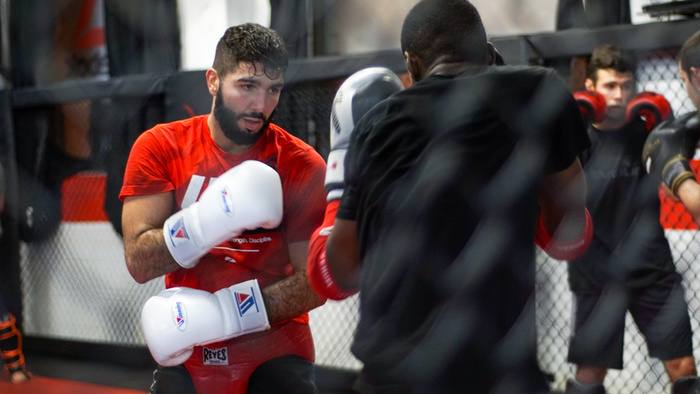 Zahabi has flourished under pressure, taking out all of his six professional opponents in the first round. While a lot of fighters might start believing in their own hype, Firas has never allowed him to take contests for granted.

“When I’m getting ready for every single one of my fights, Firas tells me that I won’t be able to finish the guy that I’m going to fight. He always gets me thinking that I’m going to be in a fifteen-minute war every time I get in there, but that makes me prepare so much harder.

“The last thing that I’d ever do is expect to win a fight in the first minute of the first round. When you look at the sport, you see a lot of guys with a lot of losses competing on the biggest stages in the world. You can’t take a record into account because you never now if the day you fight the guy with the bad record will be the day that he turns his whole career around.”

Zahabi doesn’t have the same anxiety most unbeaten pro fighters have when considering a potential loss. Throughout his years in martial arts, he has tried to test himself in as many different disciplines as he possibly can. At one stage, he even made Georges St-Pierre grade him for a black belt in karate to gain eligibility to a competition that was happening the next day. When he won the tournament, he gave his trophy to the all-time great as a thank you. 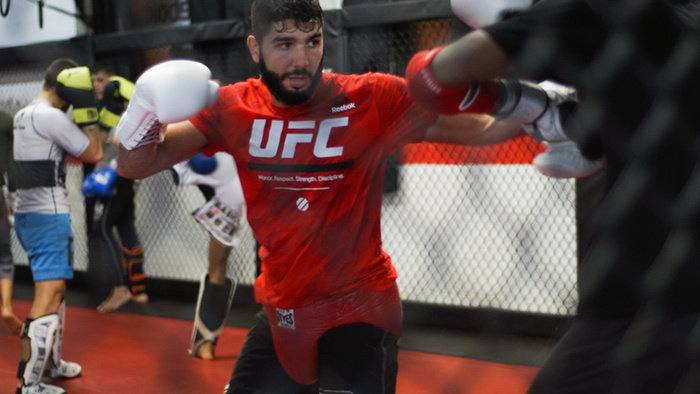 He has tasted defeat in jiu jitsu and wrestling, though, something he believes is important for the experience of being a martial artist. Now, ahead of his UFC debut against TUF Brazil winner Reginaldo Vieira in Nova Scotia on February 19, Zahabi is ready to pit his skills against the best 135ers in the world.

“I’m happy to be challenged. I want him to be the best he possibly can be in there. I’m hoping that he’s coming in with a great game plan and in the best possible shape that he can in because I want to show everyone how prepared I am.

“People have been waiting for me to fight a guy with 20 fights for a few years now, so I’m just happy to get this opportunity to show what I can do.”

Zahabi is very confident and based on his career so far, he has every right to be. The expectation of upholding the Zahabi name will be greater than ever when he enters the Octagon for the first time next month, but regardless of the result, he is proud to be representing his fighting family.

“I’m very proud of Firas’ success and my older brother’s success in jiu jitsu. I carry the name with pride for sure, but when I go in there to fight the number one thing I’m thinking about is how I’m going to dismantle my opponent.

“I need to put fear in him, I need to take away his confidence, I need to shut his game down and I need to get him to quit. That’s all I think about.

“Whether I win or lose doesn’t matter. A loss will not tarnish the Zahabi name because this is just the beginning of the journey. My career has just started.”