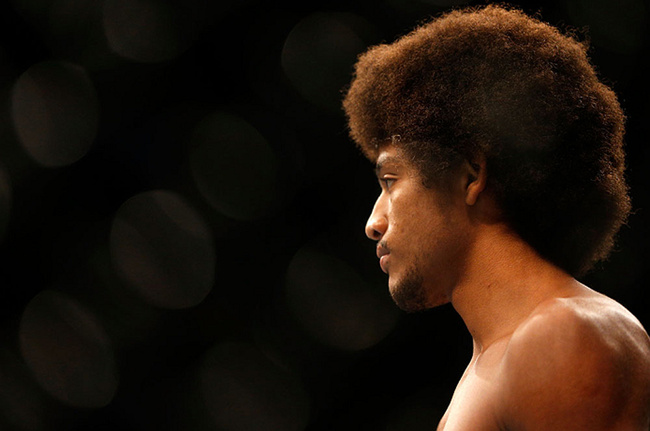 The direction down this path wasn’t as simple as clicking overnight delivery, and boom: enlightenment. It was a gradual change due to accumulation of different experiences and knowledge. The feelings that there was something else beyond our physical realm were always there for Alex, but for whatever reason–call it apprehension, doubt, or ineffability–it took something else for him to articulate those thoughts that were inside of him. It was like trying to recall a dream.

“When I was a lot younger, I had a lot of experiences with psychedelic drugs, you know, psilocybin mushrooms mostly. It would be stuff like that, and it was very intriguing, but there was something abut this that was still familiar,” said Alex.

“So you were sensing the subtle hyper-reality. It was kind of like a journey leading you up to the door. The door’s not locked. It’s closed.”

Alex Caceres decided it was time to open the door.

“I guess it happens when I starting experimenting with DMT or forms of ayahuasca, which is basically an herbal extract,” said Alex. “It is a chemical that is found abundantly in life in general almost everywhere. I mean, we even make it in our own bodies.”

Dimethyltryptamine or DMT is a compound with psychedelic properties resembling the neurotransmitters in our brains. The chemical itself is not only found in the plants that comprise the ayahuasca brew, but also in pretty much all living animals on earth, as some studies indicate.

“There was a lot of shamanic practices in South America, places like Brazil or Peru, and even in Mexico, where you have these shamans taking people on these ayahuasca journeys for thousands and thousands of years. So this is actually very deeply embedded in our human roots.”

William S. Burroughs famously traveled through the Amazon in search of yagé (ayahuasca) to find out if it could indeed help cure opiate addiction, and published his experiences in The Yagé Letters. Even today, these ayahuasca journeys still provide help for drug addicts. There have also been cases where terminally ill patients travel down to South America to go on the psychedelic journey, and come out of the experience at peace with their mortality. 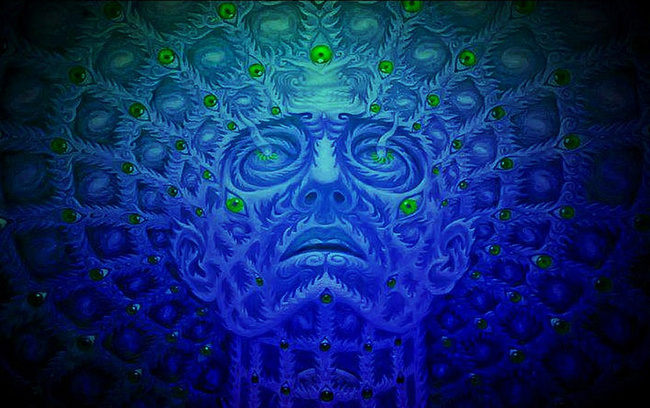 “The way I look at it, man, it comes with anything, I experienced this first through martial arts or fighting in general, people like to speculate on a lot of things that they have never experienced,” said Alex. “But the thing (DMT) is being produced in our bodies constantly for us to see reality in a certain way. If we didn’t have enough of it, things would look dull, and when there’s a lot of it things look very psychedelic.”

For Alex, it wasn’t about seeing trippy images, or having another story to impress people; it was about opening his eyes to see something else. It was trying to understand a feeling that something greater is going on. It was trying to solve this puzzle we call life, piece by piece.

“There’s different pieces, and every time you go back in, you walk out with more pieces, and the puzzle starts to make a little bit more sense,” he said. “It’s kind of like a dream you’re trying to remember. Once you go into it, it’s like déjà vu. You’ve been here before. And it’s not that you’ve been here before; you’re there all the time naturally right now.”

His first experience didn’t give him all the answers, and by no means does he have all the answers today, but if anything, DMT gave Alex the right questions to ask–about his mixed martial arts career and about his existence on this planet.

“Then I found something stronger than any short-term gratification,” said Alex. “That enthusiasm–I guess you’d call it life. Being alive, being able to do it, being able to push yourself to the limit one time–just one time because you don’t get it back anymore.

“One of the things it’s shown me is how much nothing we are. What I mean by that is how much nothing but everything we are,” he continued. “Are you necessarily the matter that makes you up or are you the actual space that is filling the matter and giving it structure and form? Are you actually, when you break yourself down to singularity, the indestructible thing, that one thing, is it matter or is it space?” 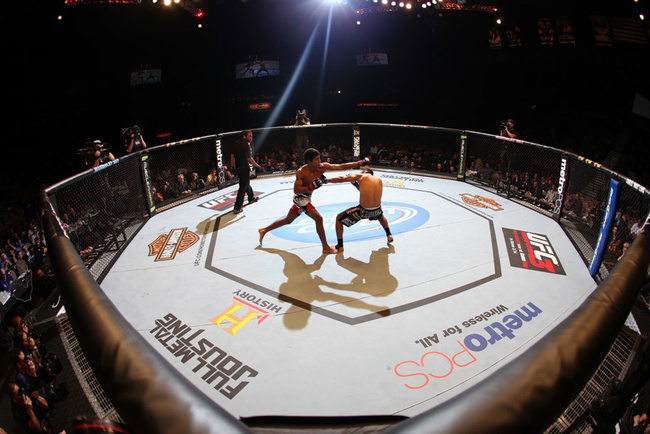 This was not the same goofy kid who called himself “Bruce Leeroy” who mixed martial arts fans had been introduced to on The Ultimate Fighter reality show. Through different experiences with raised potency of DMT, Caceres started to piece together not only things about his own life, but by doing so realized some of the constraints that our societal expectations limit us to as well.

“Most of the time, we’re used to just reacting, just going off a reaction that’s a habit,” said Alex. “Instead of thinking about what we want to eat, we just go to the first place that’s probably the closest or the place that we’re more familiar [with], and just put whatever it is in our mouth.

“We’re constantly eating animals that we cannot kill ourselves,” he continued. “We’re worried a lot more about what we’re putting on our bodies instead of what we’re putting inside our bodies. We’re just mechanically going through the motions. Just working to get money, something that’s not even real.”

Realizing this fact, and overcoming it is easier said than done, and Alex admits that he still struggles with it today. After all, our beliefs are the culmination of our knowledge and experiences, so after years of ritual and routine, breaking apart from those takes not only acceptance that they’re binding, but also a tenacity to break the binds.

Really it boils down to one question Alex can articulate in a blatant, yet also eloquent manner:

“Why take life so seriously? Why take it so seriously in this game we call living or surviving? You’re not going to make it out alive anyway.”