Alexander Gustafsson and the Swedish-American Alliance 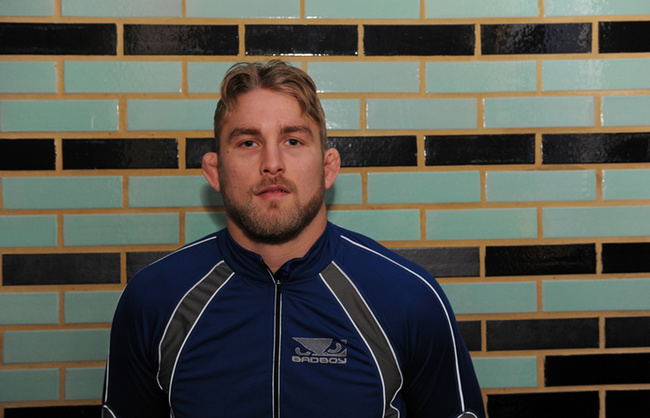 Of the two men to ever defeat UFC light heavyweight Alexander Gustafsson, only one has ever finished the towering Swede, and it wasn’t current champion Jon Jones.

That distinction rather belongs to four-time Division-I All-American wrestler and 2008 national champion Phil Davis, who disposed of Gustafsson with a first-round Anaconda choke back in 2010. And while the loss would mark the first setback of Gustafsson’s career, it became a source of motivation for the man known as “The Mauler,” inspiring Gustafsson to pack his bags and head west to train alongside Davis at San Diego’s Alliance MMA, where he took up under the tutelage of coach Eric Del Fierro.

Gustafsson’s journey across the Atlantic, from the frozen tundra of Stockholm to the sunny shores on southern California, is not an anomaly in mixed martial arts. Fighters from around the world flock to combat Meccas like Las Vegas, Orange County, Miami, and San Jose, but for the UFC’s most high-profile Scandinavian athlete, the cross-cultural exchange was about more than improving technique and skills. It opened his eyes to a whole different way of evaluating competition.

“In Sweden … in that social structure … we’re comfortable … we will never end up on the street … it gives us too much secureness,” explains Gustafsson ahead of his upcoming title-eliminator match against Anthony Johnson on January 24. “The difference is the drive people have [in the US].” 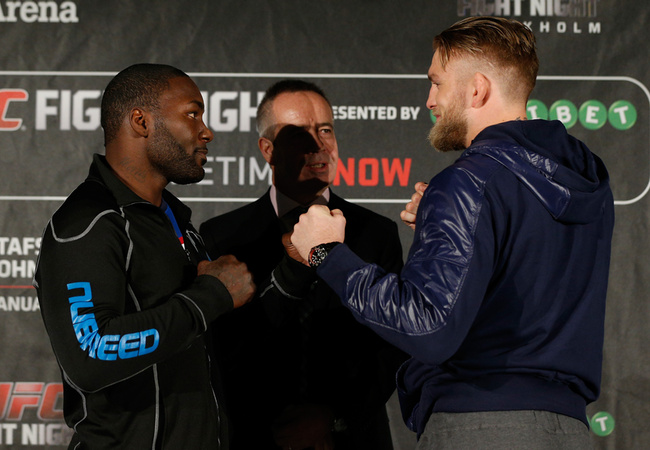 Following his loss to Davis in Abu Dhabi, Gustafsson rattled off a pair of submission victories inside the Octagon, a clear demonstration of his vastly improved ground game. But with his four subsequent victories coming by way of TKO and decision, Sweden’s finest also displayed his increasingly competitive gamesmanship, setting up his championship clash with Jones in September 2013, a contest that many were quick to dub the greatest light heavyweight title fight in UFC history.

Clearly the move to San Diego, where Gustafsson currently splits time between Alliance and his home base at Stockholm’s Allstars Training center, fueled a remarkable change and growth in his boxing-centric style. But along with access to better training partners, a warmer climate, and Del Fierro’s championship-level coaching, Gustafsson found new drive and determination.

“It’s another type of mental thing that makes you develop, that makes you get better as a fighter. We don’t have that in Sweden … we’re very technical, Europeans, [but] we don’t have that drive that you guys have [in the US], the drive to be better fighters,” claims Gustafsson, who is currently eyeing a second crack at Jones and the title. “Even if me and Phil are friends, we still compete in training. We’re not competing for real, but we still [do]; it’s not just me and Phil, it’s the other guys in the gym too.”

In addition to Gustafsson and Davis, both of whom fight on Saturday’s main card at the 30,000-seat Tele2 Arena, the Alliance roster includes a veritable laundry list of top-notch MMA fighters. Athletes like former bantamweight champion Dominick Cruz, Myles Jury, Ross Pearson, Jeremy Stephens, and Michael Chandler all call Alliance home, and while the gym has experienced a handful of setbacks of late, head coach Del Fierro is adamant that 2015 will be a banner year for the team, beginning with his two prized light heavyweights, who have propelled each other to greater heights.

“It’s benefited both guys. They both feed off each other even though they’re not necessarily competing against each other in the gym, just training together,” offers Del Fierro. “It’ll be fun for both guys to fight on the same card … Alex should do good. It should be a good matchup for him.”

And the matchup against Johnson is one that Del Fierro and team Alliance know well.

Last April, at UFC 172, Johnson made his UFC return against non other than Davis, taking the contest via unanimous decision. The loss, the second of Davis’ career, was a valuable education on how to gameplan against “Rumble,” fighter with hands as heavy as bricks.

And while Del Fierro claims that the decision simply came down to Davis getting hit too much, he believes the outcome will be different for Gustafsson, who has learned to compete with the best, in part, due to his exposure to American fighters and the Alliance mentality.