An American in Thailand: My 14-Year-Old Nutritionist 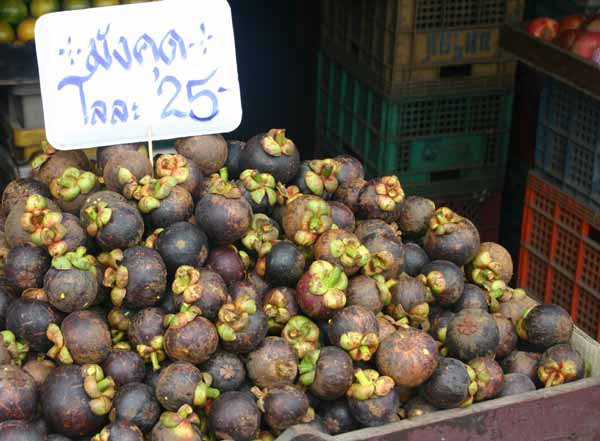 [Ed. note: For the past several months, Lindsey Newhall has been living at a Muay Thai camp in rural Thailand, training for hours a day and soaking in local traditions. We asked her to keep a journal of her experiences.]

I constantly get told I'm fat. It's a "living-in-Asia" thing, I think. People will just tell you straight up if they think you're fat. In the U.S. I'd be considered normal, maybe even on the skinnier side, at least compared to a lot of my friends and acquaintances. I've been here at my gym a long time, have lost about 15 pounds, and have changed my body composition just by virtue of doing Muay Thai for four hours a day, six days a week. Sometimes the trainers at the gym still make comments, but these days they usually tell me how much weight I've lost, not how fat I am. In fact, a couple of the more outspoken older trainers like to tell me how curvy I am, and always follow up with, "Good, good, sexy!" It bothers you at first, all this sexual objectification, but then you realize there is no changing it, so you learn to live with it.

I live in a gym with about eight teenage Thai fighters. One of the 14-year-olds, Glai, has recently taken it upon himself to be my personal dietician. He has expressed concern that either I am too fat now or if I continue on my trajectory of what he considers to be inappropriate gluttony, I will soon become fat. I can never be quite sure what he is talking about because nearly everything he says is in Thai, with the occasional English words thrown in. Words like "No eat!" and "Fat you!"

Glai’s concern is both flattering and amusing to me. During dinner, he inspects my plate and either clucks in approval or, more often, scowls at me and tells me how I'm eating wrong. I look at what I eat versus what the Thai boys eat. It's the exact same food, but they just eat about four times as much rice as I do. My main trainer, Gong, a 6-foot, 150-pound, 25-year-old Thai man, eats two heaping bowls of rice plus all the curries and meats and vegetables he can fit on top of it. And he's still lean and skinny as fuck.

Glai is tiny, and I mean tiny. He's in high school, has a girlfriend who, adorably enough, is also a Muay Thai fighter, and he is an incredible technical fighter, but you would never guess any of that from looking at him. I'm 5'5" but he comes up only to my chin. I asked him once how much he weighed. "Thirty-eight kilos," he said. I told him I weigh about 60 kilos. "Whooaaa" he said, wide-eyed. It was probably at that point he decided to take me under his miniature wing.

Not only is Glai short and petite, he has a babyface like no other. I think my 8-year-old nephew back in the U.S. is taller and weighs more than Glai does, and their faces look roughly the same age. But this kid is no joke. Everyone at the gym is looking at him like he's the next big thing. When I'm made to clinch and spar with him, he owns me. I'm on my ass half the time. Then, when he thinks I need a break from getting messed up, he performs mid-air acrobatics because he knows I delight in his creative martial antics. He leaps and throws flying knees and Saenchai cartwheel kicks at me, which I eat up and say, "Again! Again! Teach me!" When he's feeling magnanimous, he'll teach me some sweeps and other clinch techniques, some of the highlights of my training. Couple this with his dietary guidance, and he's become my little de facto personal trainer. Bossy little Glai, always telling big sister Lindsey what to do.

Breakfast on Sundays, our one day off, is a casual event you can show up to any time between eight and ten, grab some rice, and slop on top whatever food Gym Mom or Gym Pop has cooked for the day, usually some kind of fish and vegetable stir-fry, curry, or soup. It's a lazy Sunday today, and sometime around 9am I wander over to the living room for breakfast. Under Glai's diet plan, I'm constantly starving, so I grab a small plate of rice and two large prawns from last night's leftovers to curb my appetite and wait for the main course. I sit down at the breakfast table and watch a goofy Thai comedy on TV with the boys and eat my prawns. Glai, sitting across from me, looks sternly at my face, moves his eyes down at my food, back up at me, and then turns around and continues watching the show. Gym Mom tells me the vegetables and fish will be ready soon, so I eat the prawns and leave the rice, figuring I'll eat it when the rest of the food is ready. Glai says nothing, so I believe my snack has gone unnoticed.

An hour later, they announce that breakfast is served. All the boys fill up their plates with rice, prawns, fish, and vegetables. I pick up my plate of cold rice from the table and make to move outside to get more food. Glai takes one look and furrows his brow at me and says, "No! You no eat!" and in Thai, "What are you doing? You ate already!"

Defiant, I say, "Kid, I ate two prawns," and point at the one prawn on his plate to illustrate. He slaps my pointing hand away from his prawn, doubtlessly thinking I'm trying to steal food off his plate, behavior I'm sure he expects from such an uninhibited glutton like me. When I stand up, he actually grabs my arm to try to prevent me from going outside. Honestly, I can't tell if it is a joke. At first I think he is just teasing me, but the look of horrified concern, coupled with the utter lack of a smile, gives me pause.

"Whatever, kid," I say as I shake off his grip. I go outside, put a few spoonfuls of vegetables and fish paste on top of my rice, fare that would be considered diet food back home. I go back inside and sit down. I look at Glai and silently dare him to challenge me. I say to him in English, which I'm sure he doesn't understand, "Is this okay with you, kid? Can I eat this, kid?" He mumbles something and looks pissed. I accuse him of being a bossy little control freak. He says a couple curse words in Thai. I smile inside. I've always had a soft spot for brats with soul.

At the end of the meal, I bring out a small bag containing about a dozen pieces of rambutan and mangosteen fruits. I flop the bag on the table where a few of the boys are sitting, including little Glai. He takes one look at this latest reflection of Lindsey-feeding-her-fat-face and grabs the bag away from me and puts it in between himself and another teenage fighter. His movements are so purposeful and his expression so disdainful that all I can do is laugh and ask, "What the hell are you doing?"

A minute later he puts the whole bag down on the table. I guess he must have felt bad. The other boys partake in a couple pieces of fruit here and there, and Glai eats as many pieces as I do--about three each.