An MMA Wine Tasting in Toronto 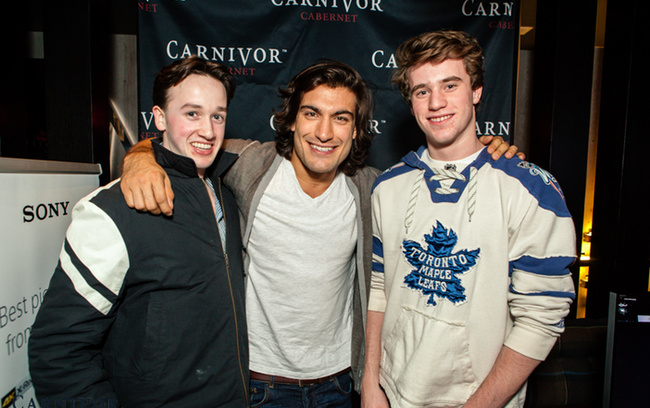 The Shark Club, a “premium sports bar and sporting events destination,” perched atop Toronto, Canada’s busiest intersection, is all decked out for our dinner party with business casually-dressed banquet tables, immaculately groomed wait staff, tasting notes, suggested hashtags, and an impressive view of the bustling tourist mecca below us. In an alcove to the side, adorned with Carnivor Cabernet banners and a large TV, my plus-one for the evening turns to the guest of honor.

“Do you think it’s already broken there?” he asks, in between sips of wine, nodding toward the screen.

The man of the hour is UFC rising star and The Ultimate Fighter Nations: Canada vs Australia champ Elias Theodorou. His latest fight, a prelim match against Roger Narvaez in which he snapped his opponent’s forearm before finishing him with a TKO in the second round, is playing on a loop while the other guests arrive and start to mingle. 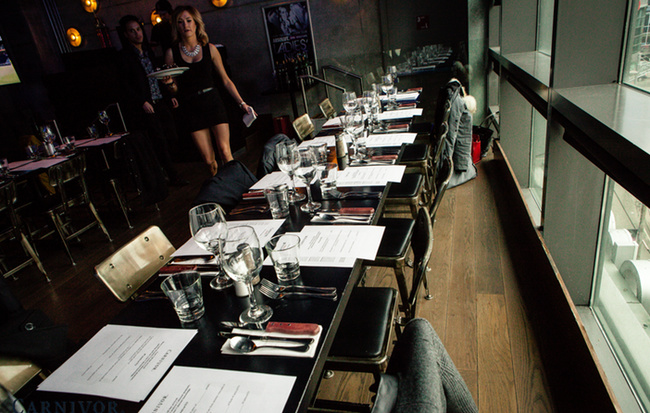 The Spartan suspects that the fracture happened fairly early in the match, and points out the way that Narvaez flinches when they’re up against the cage. Our sommelier for the evening listens to the breakdown intently.

As far as pairings go, wine and mixed martial arts is a bit out of left field. Fights have always gone well with a beer, whether you’re watching them at home, at the bar, or at the arena. I went through a brief phase in the mid aughts where I drank coolers while I watched Pride events at a friend’s place. I, regrettably, downed a Jello shot at a birthday party during Mark Hominick’s fight against Jose Aldo at UFC 129 and tried no to think about the ways in which said shot might resemble what was going on inside of Hominick’s massive hematoma. Wine just seems a little too refined—and potentially pretentious—for sports, particularly of the combat variety. 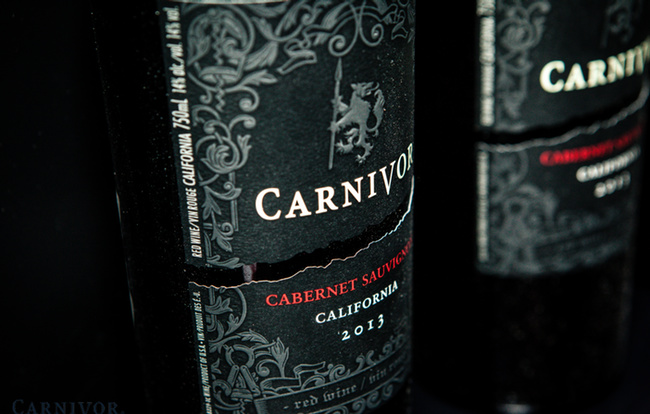 Carnivor, a winery from California, is hoping to change that perception with their 2013 Cabernet Sauvignon. Noticing a hole in the market among men at the younger end of the legal age drinking spectrum, they developed a wine for people who might want to try a glass or two at a place like The Shark Club. It’s a quality wine, a bold red (as they point out in their press materials, cabernet sauvignon is “The King of Reds”) sophisticated enough to separate it from the Two Buck Chuck that their target market may have chugged as teenagers, but not so fancy as to be inaccessible or intimidating. Its marketing has flavors of Mad Men-esque esthetics, machismo, disposable income and just a hint of bro in the finish. It goes well, as I’m soon to discover, with red meat, good conversation, and bone-crushing televised fights.

To help promote their brand, Carnivor has been hosting a series of these events on both sides of the border, gathering a collection of PR people, wine experts, TV personalities and writers from the lifestyle and sports worlds, sitting them down with a sommelier and a sports luminary, and providing them with copious amounts of complementary food and cab sauv.  A recent Vancouver edition was hosted by a more traditional brand of Canadian sports hero: a hockey player named Cliff Ronning. For Toronto’s installment, they’ve gone with Elias Theodorou.

The undefeated middleweight is a savvy choice for a couple of reasons: 1. Hockey is a bit of a sore spot in this city, and it could be disastrous to associate your product with almost half a century of humiliation and disappointment; and 2. Theodorou seems to have a certain aptitude for this kind of thing. 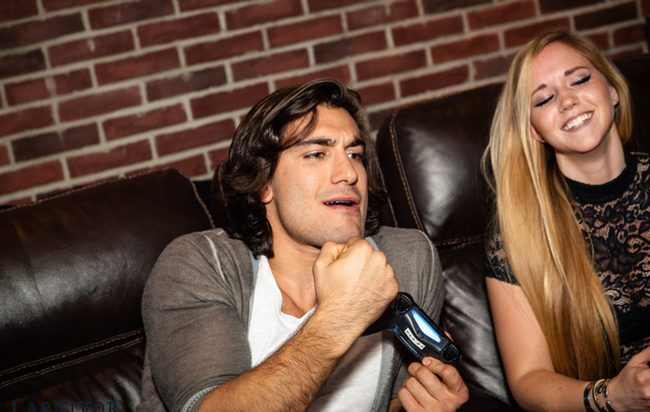 Charisma isn’t officially a combat skill, but few mixed martial artists have climbed to the top without at least a touch of that it factor. Whether it’s Georges St. Pierre’s unflappable smile, Ronda Rousey’s crossover appeal, the je ne sais quoi of the Diaz brothers, or the snappy quips and snappier suits of Conor McGregor, the sport’s brightest stars are usually those who are almost as interesting outside of the cage as they are in it.

As pretty much everyone who has ever written or posted about Theodorou online has already pointed out, he looks like a Disney prince. He has unfairly shiny hair and a ridiculously chiseled jaw. His resemblance to Flynn Rider from Tangled borders on unsettling when he cocks an eyebrow, but he looks just human enough to bypass any uncanny valley creepiness. And he has charm and wit to go with that face, as evidenced by his time on TUF, and his unapologetically cheesy jokes with Joe Rogan after his last victory.

All of this is on display as The Spartan—whose job this evening is, essentially, to smile and shake hands in between courses of meat—works the room, posing for selfies with the starry-eyed guests both male and female, chatting up the food and wine with the fight media in attendance and chatting up MMA to the wine people.

Between his affability and the enthusiasm of the Carnivor reps and sommelier Jason Phin, which borders on the geeky, the night is really far more pleasant event than any branded dinner—or anything unofficially titled “Man Cave”—has any right to be. 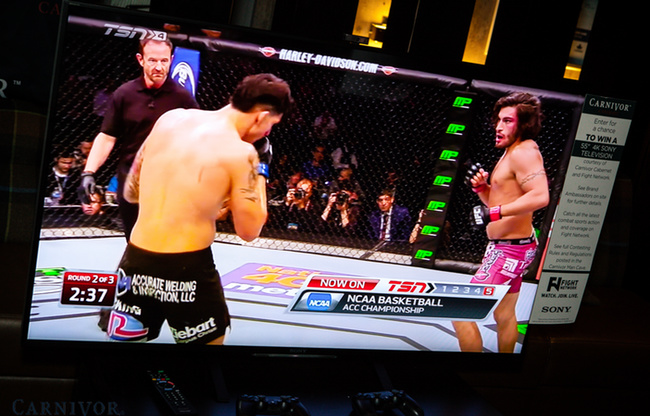 It could be the mid-range wine talking—I have been served enough of it to risk sliding into Five Drink Amy territory—but even watching the guest of honor explain mixed martial arts to the wine people is amusing. They ask him the usual curious newbie questions, and listen as intently to his answers about concussions, conditioning, technique, and taunting as if he were talking about notes and tannin. As the match finishes, one of them asks him about the gesture he’s making.

“I do that because I’m undefeated,” he says, forming a zero with his fingers to a sea of approving nods.

The video starts playing again from the beginning. A server hands me another glass.