An Ode to Kazushi Sakuraba 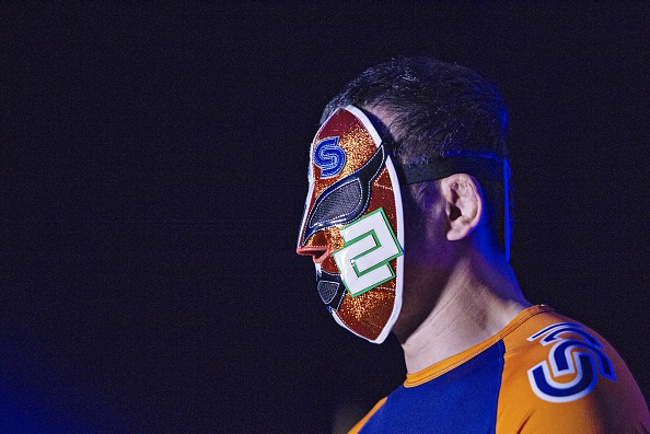 In a sport where the word “legend” is overused, Kazushi Sakuraba deserves to be described as such. The late 90s were a time when one family, the Gracies, still had a mystique of invincibility, single fights were replacing tournaments and open fingered gloves began to be universally used. Kazushi Sakuraba, a professional wrestler, repeatedly broke what was thought to be a 65 year old unbeaten streak and single handedly redefined the boundaries between MMA and entertainment. Capturing the imagination of millions, he would also become the victim of poor and barbaric match making.

Sakuraba’s battles with the Gracies actually had a prequel in the fights Yuji Anjo and Nobuhiko Takada lost to Rickson Gracie. An amateur wrestling standout in college, Sakuraba chose pro-wrestling as a career path and was part of UWF, a pro-wrestling promotion that was marketed at “shoot”, legitimate or real, pro-wrestling. Though matches had predetermined winners, UWF was all about realism and someone not familiar with MMA could easily be fooled into thinking they were watching a real contest. One of its stars, Yuji Anjo, took a camera crew to Los Angeles and challenged Rickson Gracie to a fight in his own school. Rickson accepted and Anjo was beaten bloody and choked unconscious. At Pride 1 and 3, Rickson would also beat Anjo’s and Sakuraba’s senior stable mate, Nobuhiko Takada, who was then one of the biggest pro-wrestling stars in Japan. Before Brock Lesnar went from amateur wrestling to pro-wrestling to MMA, Kazushi Sakuraba did it first.

Up until Pride 8, the Gracie family had a combined undefeated fist fighting streak that was 65 years old. Though the historicity of this claim is disputable, Ryan Gracie lost a 40 minute brawl to a Carlson Gracie disciple named Tico, if you were an MMA fan in 1999, you believed that the Gracies hadn’t been beaten in 65 years. There was a mystique back then, a feeling that they had secret knowledge, passed on by the Grandmaster, and that at any given moment, no matter how bad the situation, a Gracie could pull off a crazy submission, only they knew existed, and win the day. That’s what the world was like in 1999, enter Kazushi Sakuraba.

Kazushi Sakuraba outweighed Royler Gracie and from the beginning of the fight it seemed as if the streak was about to be broken.  After Royler was initially able to pull Sakuraba into his guard, Sakuraba got back to his feet. Defending against every one of Royler’s take downs, Sakuraba kicked his legs, spinning back kicked his body and knocked Royler down with a head kick. From then on, Royler was on his back, beckoning Sakuraba into his guard. Sakuraba responded to these requests by kicking Royler’s legs, over and over and over again. Before Donald Cerrone made butt kicking a way of ending a fight, Sakuraba did it first.

Sakuraba then went down into Royler’s half guard and cranked a double wristlock (Kimura). Despite being in visible pain and probably at the point of having his shoulder dislocated, Royler bravely refused to tap out. Instead, Referee Yuji Shimada stepped in and declared Sakuraba the winner via technical submission. Someone had finally beaten a Gracie! Royler and his corner men, being staunch vale tudo traditionalists, disputed the validity of the call; but that only set the stage for a larger war. Sakuraba’s next opponent would be the undefeated god of cage fighting, the pioneer, the Adam of MMA, Royce Gracie.

The promo Pride cut for Royce vs Sakuraba was priceless. It showed the Grandmaster, Helio Gracie, sitting in a chair, in a business suit, watching Royler lose to Sakuraba, Helio’s expression was stoic and emotionless. Then it cut to a view of a beach, presumably in Brazil, with the Grandmaster looking out in the distance. Far away one could see the figures of what appeared like three men jogging and, as it came into focus, you saw who the center man was: Royce Gracie! Having been away from the octagon for six years, the undefeated Royce Gracie was finally coming back to fight Sakuraba, to avenge the family honor. Like an ancient Near Eastern god, choosing a champion in the divine council, the montage conveyed a feeling that Royce was chosen by the wise Grandmaster, to defend Mt. Olympus. Kazushi Sakuraba fought Royce Gracie for 90 minutes, the longest recorded fight in vale tudo/MMA, since Helio fought Valdemar Santana for 3 hours straight.

The initial rounds had Royce arguably winning as he pressured Sakuraba with relentless attempts to get the fight to the ground, on several occasions, repeatedly punching Sakuraba in the head. However, as time went on, Sakuraba used a variety of unorthodox strategies to come back, from trying to use the gi as a hockey jersey, over Royce’s head, Mongolian double chops and even a pro-wrestling style jumping fist drop. After getting his legs kicked out and brutalized from under him, Royce Gracie’s camp threw in the towel between rounds. At the turn of the century, in the last major no-time limit fight, of the last major open weight tournament, it felt as if a chapter had closed and a new era had begun. That fight was truly a pivotal moment for our sport, a passing of the torch. This new sport was being democratized, becoming something that transcended one family or one nation. However, Sakuraba’s night was not over.

After beating the unbeatable champion, Sakuraba then went on to fight Igor Vochanchyn, then the #2 or #3 best heavy weight in the world, to a 15 minute draw. Because a winner had not been determined, an extra round was called for but Sakuraba’s corner threw in the towel. He had enough and no one could blame him. To understand how mind bending this was, imagine George St. Pierre fighting Damien Maia for 90 minutes, winning and then fighting Mark Hunt to a draw, in the same night! It was that insane!! Royce vs Sakuraba went down as an instant classic, the Ali-Frazier I of its day; but Sakuraba wasn’t finished with the Gracies. He would later fight a prime Renzo Gracie.

Up to this point, Renzo was practically undefeated. Yes, he had one decision loss to Kiyoshi Tamura but since judges and decision wins were a new thing, vale tudo purists just shrugged it off, because the only real wins, in their minds, were by KO or submission. Sakuraba was fighting the most active Gracie and the one who was perceived to be the best boxer. Sakuraba and Renzo fought a pretty even fight, with Renzo, arguably winning the first 10-minute round. In round 2, Sakuraba got a slightly better end of some exchanges, stuffing Renzo’s take downs and landing some very solid leg kicks but nothing really jaw dropping. The fight was pretty even and it might have ended as a 20 minute draw if Sakuraba hadn’t broken Renzo’s arm with yet another double wrist lock. Lightening had struck a third time!! The submission came out of nowhere and Renzo Gracie did not tap. Before Frank Mir caught Minotauro in a kimura, from out of nowhere, and broke his arm, Sakuraba did it first. These three fights, along with a win over Ryan Gracie, were arguably the peak moments of Sakuraba’s career. Having beaten three Gracies, Sakuraba made challenges to Rickson Gracie. According to Rickson Gracie, on the Joe Rogan podcast, the match was in route to happening. After his defeat of Japanese leg lock master and former Pancrase champion, Masakatsu Funaki, negotiations were underway for a match with Sakuraba. However, the tragic passing of his son, Rockson Gracie, ended negotiations, as Rickson’s family responsibilities rightfully took center stage.

Kazushi Sakuraba is also the funniest fighter of his era. Sakuraba was never ashamed of wearing luchador masks to the ring and would dress up as Japanese pro-wrestling stars, like Big Van Vader and Hard Gay. He was one of the first to regularly incorporate comedy into his prefight marketing. In the weigh-in for his fight with Ricardo Arona, Sakuraba drew fake muscles on his chest and stomach, in response to Arona’s chiseled and superior physique. During a press conference for the PRIDE 2000 Grand Prix, Sakuraba wore a diaper. When asked why he did this he explained that since his fight with Royce Gracie had no time limits, he should be prepared because he didn’t know how long it would last. Before Chael Sonnen made comedy an MMA mainstay, Kazushi Sakuraba did it first.

What followed the Gracie fights were a string of brutal losses and occasional wins. Sakuraba fought against the likes of a prime Wanderlei Silva, prime Mirko Crocop, Melvin Manhoef, prime Ricardo Arona, Antonio Rogerio Nogueira and Marius Zaromskis. Looking back, Sakuraba was clearly misused by multiple promoters. Had he been in the UFC and allowed to fight nothing but welterweights, history would have been different. Imagine a prime Matt Hughes, a welterweight, fighting Tim Sylvia, Tito Ortiz or Chuck Liddell and you’ll appreciate the ridiculousness of Sakuraba’s situation. Or maybe it was some kind Japanese warrior thing, the ethos of the Samurai who willingly courts death at the hands of unbeatable odds; only Sakuraba knows for sure.

When fans and analysts talk about a pound per pound best, we should be looking at fighters who transcend a specific weight class. If that really is a requirement then Kazushi Sakuraba is definitely one of the greatest that ever lived. The man has wins over what were then past and future heavy weight, light heavy weight and welterweight champions.