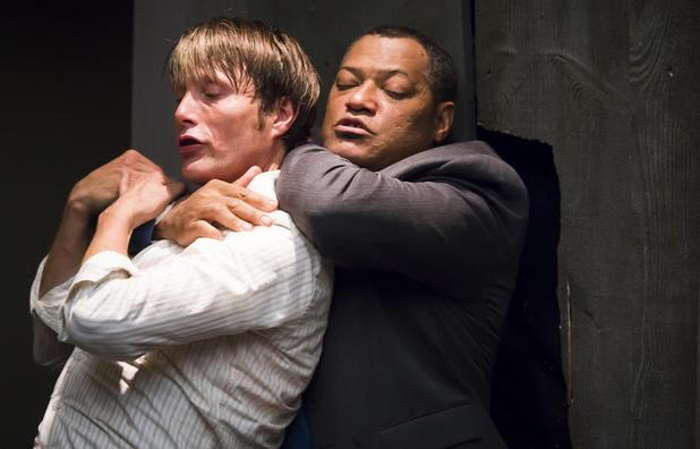 For the first two decades of the character’s existence, the physical prowess of Dr. Hannibal Lecter was a somewhat moot point. It was clear from his first appearance in pop culture, playing a small but pivotal role in the 1981 Thomas Harris novel, Red Dragon, that the cannibalistic serial killer and forensic psychiatrist would probably need some sort of combat background to achieve all of his dubious accomplishments—you don’t become The Chesapeake Ripper on wits alone, no matter how sharp they are—but Lecter never had much of a chance to demonstrate what he was capable of. He spent most of his early literary and cinematic life behind bars and a now iconic mask both in Harris’s books (Red Dragon and 1988’s Silence of the Lambs) and their subsequent film adaptations (1986’s Manhunter—rumor has it that studio execs changed the name because they were afraid that audiences would think that Red Dragon was a karate film—1991’s Silence of the Lambs and 2002’s Red Dragon). His dangerous nature could be hinted at, often to great effect, in the brutality of crimes, and the extreme precautions that visitors like Will Graham and Clarice Starling had to take to protect themselves in his presence, but the rest was left to the imagination.

As Lecter began to emerge as a star in his own right, becoming the main character in Harris’s Hannibal (1999) and Hannibal Rising (2006), the film adaptations of both of those books, and Bryan Fuller’s prequel TV series, also named Hannibal, his ability to fight, and to back up his unique culinary skills with some combat ones, became more necessary.

In Hannibal Rising, which charts a young Hannibal’s formative years and experiences, Harris elected to give his burgeoning cannibal formal samurai training. After Lecter loses his parents, his beloved sister, Mischa, and his uncle, Count Robert Lecter, his uncle’s widow Lady Murasaki, takes him in. The Japanese native, who proudly keeps both samurai armor and a number of her ancestor’s swords, also begins to teach him how to fight in the samurai tradition. She succeeds in making him a fighter, but is less influential when it comes to the philosophical side of their training. When Hannibal decides to use his newfound skills to exact revenge for his sister, the two part ways. 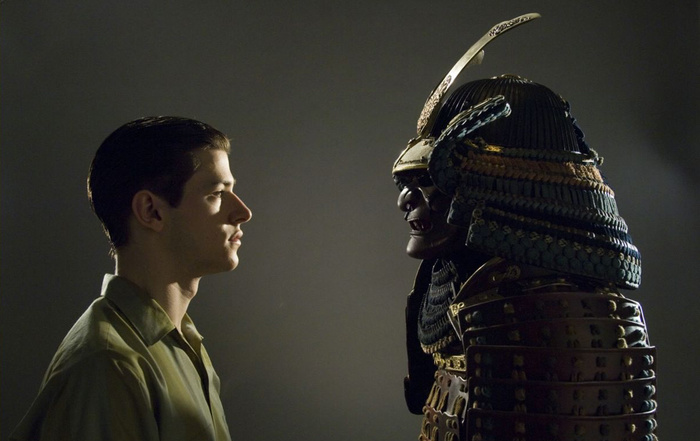 In general, the 2007 movie version of Hannibal Rising was not well received, with the samurai scenes (deservedly) bearing the brunt of the critical ire. The Hollywood Reporter’s Michael Rechtshaffen referred to the plot as “Crouching Tiger, Hidden Cannibal.” They were, admittedly, not the bad doctor’s finest moments.

Although the Hannibal TV series lightly touches on this aspect of Lecter’s past (a samurai suit briefly appears in the show), Fuller and company decided to take a different, more practical approach to his fighting skills. Although the fight scenes In Hannibal are stylishly choreographed and look as beautifully brutal as everything else about the program, they’re always based in realism. The TV show’s Lecter is clearly a street fighter, first and foremost, a fairly skilled striker and catch-as-catch-can combatant who succeeds thanks to a mix of cunning strategy, expert understanding of human anatomy, and truly innovative ability to turn anything in his vicinity into a weapon. There’s the occasional hint of formal martial arts training in Lecter’s movements—his use of leverage to break his opponent’s arm in the season 1 episode “Fromage” at least hints at a jiu jitsu-esque use of leverage, for example—but he is primarily a clever brawler.

Incidentally, this take on Lecter’s background seems like a particularly good fit for Mads Mikkelsen, the actor who plays him on the show. While he has a strong background in fight scenes thanks to work in films like Casino Royale, the star admitted to German Cosmopolitan that his martial arts instruction was meager at best. When asked if he’d ever tried karate, Mikkelsen said “Only one class, for one hour. I was a gymnast, so I only jumped and rolled around. I didn’t understand why I should put on my shoes and take a bow. They said I should come back when I’m ready. I never did.”

Beyond that, the closest he came to martial arts training was trying to emulate his childhood hero, Bruce Lee. “At the age of nine or ten I practiced kung fu movements with nunchaku’s, Bruce Lee also used them in his movies,” Mikkelsen told Zeit Magazine earlier this year. “So I rose every morning at 6:30 am and exercised for one hour. Absolutely crazy. I don’t know what I wanted to achieve with it, maybe I wanted to be Bruce Lee.”

He also said that he’d love to appear in a martial arts film someday, but “I probably would be the annoying idiot in the movie who always gets a proper ticking-off.”

Far from getting a proper beatdown on Hannibal, though, his character actually contributed to a whole new level of fight scene. Once Fuller started using Mikkelsen’s background in stage fighting, gymnastics and modern dance for physical battles on the show, Laurence “Morpheus” Fishburne wanted in on the action. This led to the incredible fight that kicked off the show’s second season.

In an interview with the AV Club that ran after the season two premiere, Fuller said that he began planning that scene very early on, “after we had finished the fight sequence in episode eight of last year with Hannibal and Tobias Budge, played by Demore Barnes. Laurence came up to me and said, ‘You know... I’m really good at fight sequences too.’ And so I was like, ‘Oh, okay,’ and then I was thinking, well, who’s Laurence going to fight? And I was like, well, he’s got to fight Hannibal eventually, and then I thought, I just don’t want to wait until the end of the season in order to see that. And I was being very greedy and selfish because I just wanted to see these two guys who had so much fight experience in various films. Mads was so amazing in the Tobias Budge fight in season one, and we’ve all seen Laurence kick ass in the Matrix movies. It just seemed like, okay, we’ve got to get these two guys together.”

The result was, arguably, the best fight in modern television history. Or at least it was until the bloody battle that closed out the third—and potentially final—season of Hannibal stole its thunder.

What Man From U.N.C.L.E. Taught Me About Fighting