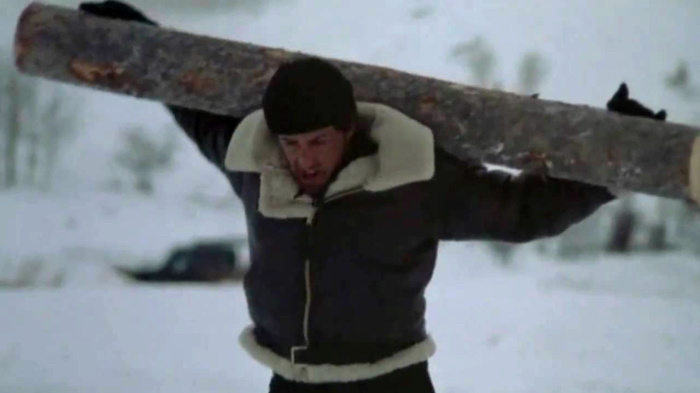 Creed, the latest installment in the Rocky franchise and not a film about the wide open-armed grunge band of the same name, had a decent opening weekend. The feature, which follows Apollo Creed’s son Adonis Johnson through his own tragedies and triumphs in and out of the boxing ring, has received almost universally positive reviews, and even garnered some early Oscar buzz for its star Michael B. Jordan and its supporting actor Sylvester Stallone (once again playing Rocky, of course). It came in third at the box office, which doesn’t sound particularly impressive until you consider its competition: the final Hunger Games installment and The Good Dinosaur, the latest from the seemingly unbeatable Pixar studios. Coming in third against those two is sort of like going the distance against Apollo Creed, if you will.

The release of Creed has also inspired an embarrassment of riches in Rocky-related content. In anticipation of the movie’s release, all sorts of outlets have jumped on the Balboa-related thinkpiece and listicle train, taking an impressively nerdy look at everything from a definitive ranking of Rocky’s many sidekicks, to Vice Sports’ own exploration of Rocky V. To celebrate the success of Creed, we’d like to make one more contribution: a breakdown of all of the techniques that Rocky Balboa uses in the famous training montages from Rocky, Rocky II, Rocky III, Rocky IV and Rocky Balboa (Rocky V is not included because Rock’s protege-turned-antagonist, Tommy Gunn, does the bulk of the cinematic prep work in that film).

With some added insight from Evan Boris, a respected striking coach for pro boxers and MMA fighters who is currently based in Toronto, we took a look at the various exercises that Rocky does in preparation for his fights, the philosophy behind them, and their overall efficacy in making Rocky the fighter he is.

“Running for weight loss in all combat sports weight is a major component,” says Evan Boris. “It also, according to a number of fighters, makes them feel as if they've got their legs underneath them late into fights. Strong in their stance, if you will. Road work baby! It's an institution.”

Although it wasn’t really known by that name at the time, a lot of what Rocky does out of practicality – or an effort to celebrate rugged American individualism and good guy-ism when juxtaposed with Ivan Drago’s high tech Russian computer training and steroid injections in Rocky IV—is now celebrated and sold as Functional Training. Variations of these exercises, designed to prepare the athlete for the movements and demand of daily life (and, by extension, combat), can be found at pretty much any boutique gym or Crossfit box. You’ll probably end up swinging ropes instead of chains, though. The owners of these establishments do have insurance premiums to worry about.

Tom Beckley of Fighting Fit City Gym makes the case for Olympic-style weightlifting here, arguing that it improves body composition, increases power and speed, and comes with a low risk of overtraining. He also sings the praises of the core training that comes with sound multi-joint lifts: “Regarding the core benefits you gain, split variations of Olympic lifts target the Quadratus lumborum a lot more, which is a muscle in the lower back that boxers use to rotate and transfer power into their punches, they also use this muscle for absorbing impact, lateral movement and ideally avoiding the returning shots.”

The necessity of isolated core exercises like these is the source of constant debate in the fitness industry. Their cinematic effect is a far less contentious issue. They really do look great on screen.

“Pad work helps the coach and the fighter work out the technical detail. Here’s a chance for the coach to really feel his athletes’ weapons and balance and dissect and improve the technique and strategy,” Boris says.

He’s less sold on the traditional speed bag, though. “Fuck the speed bag. I’d rather have a double end bag any day. However, many people swear by it, training on it in the hopes of developing hand eye coordination, speed and stamina.”

“Stair running builds stamina and coordination,” Boris says of Rocky’s most famous exercise. “The stairs can make you feel like you can accomplish anything. This aerobic exercise can be combined with footwork drills to help the fighter move his hands both in sync and, if done correctly, in an opposite rhythm.”

As for Rocky’s second most famous match preparation? “Because hitting the same shit every day gets boring?” he muses. “I don’t know how this makes any kind of sense. Resistance training, maybe, but there’s eight million different types. But fuck it, if you wanna beat your meat, who am I to judge?”