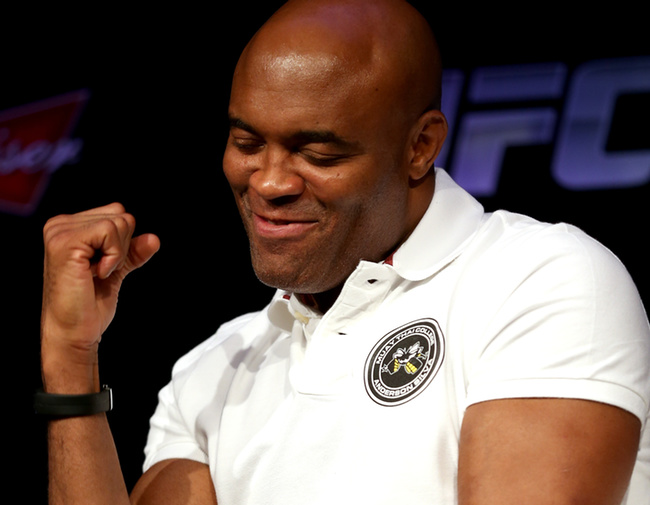 Anderson Silva’s pending case with the Nevada State Athletic Commission has taken an interesting turn. A second exam administered on the day of his fight versus Nick Diaz at UFC 183 could become the former Brazilian champion’s first triumph in his fight to clean his name. The exam, which sought out the same substances he tested positive for in the other exams, showed up negative. Despite that, it was not included in the complaint filed against the fighter.

Brazilian blog Na Grade do MMA divulged the results on Thursday. The exam was administered shortly before his fight versus Diaz on January 31st. According to the documents, at 6:39 PM local time, Anderson provided a urine sample to the labs at Quest Diagnostics. The tester collected another sample, at 6:41 PM, for the Sports medicine Research & Testing Laboratory. The second test came back positive. The sample Quest received tested negative.

According to the post, Christopher Eccles, who is responsible for the case, explained that the results were not included because no one requested them. According to him, the Nevada State Athletic isn’t obligated to provide it. 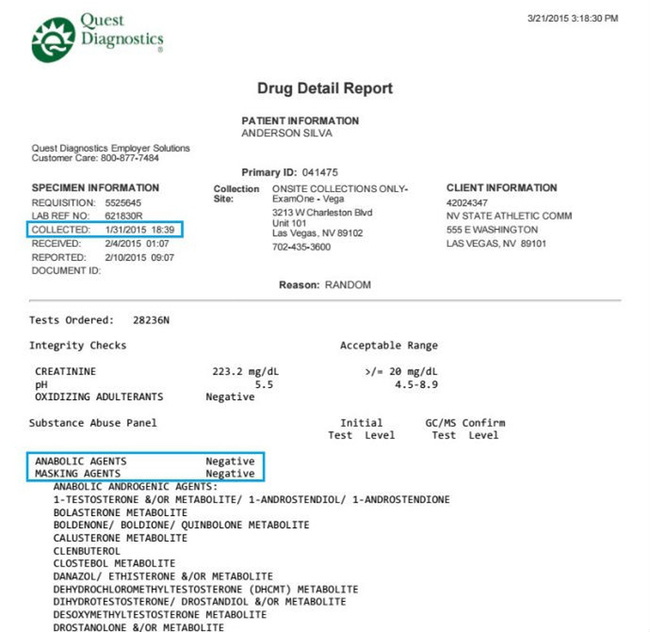 The test results from before the fight that Quest provided do not exonerate Anderson Silva, as he still has to answer for other unapproved substances, which the Quest tests also found: benzodiazepines. Anderson can, however, leverage this test to soften his punishment or to even attempt to null the positive tests.

Anderson is expected to appear before the Nevada State Athletic Commission on August 7.