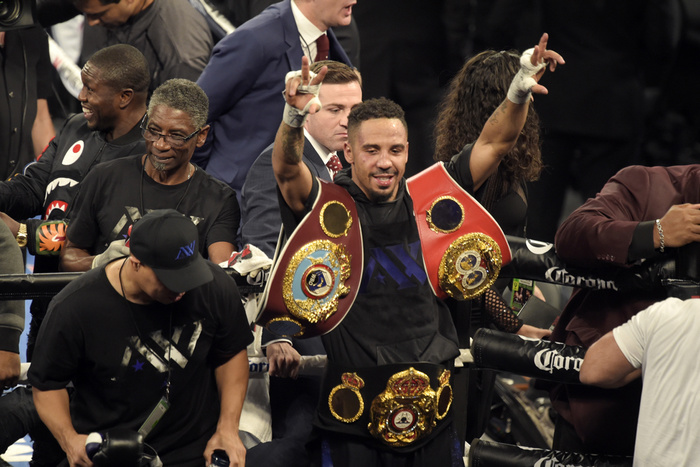 Saturday night saw one of the rarest pleasures in combat sports—two of boxing’s most prized undefeated competitors in the midst of their prime facing each other in the ring.

With memories of Floyd Mayweather Jr. vs. Manny Pacquiao still fresh in the minds of both ardent and casual boxing fans, there were fears the bout between Andre Ward and Sergey Kovalev wouldn’t deliver on its promise—reservations replicated in a low attendance little over 13,000 fans in Las Vegas, Nevada’s, new T-Mobile Arena and a modest forecasted Pay-Per-View (PPV) buy-rate.

However, those fears were allayed by a pair of supreme light heavyweights. It was a bout of perfect juxtapositions: USA vs. Russia in a Cold War by proxy amid ever-growing tensions between the two nations, slick counter-punching vs. aggressive power, Olympic champion vs. domestic champion.

Both Ward and Kovalev did indeed deliver. It was a rare occasion where a fight genuinely lives up to its hype.

Kovalev is often half-dismissed as a boxer with just the rare, innate ability and power to knock his opponents out, with his boxing prowess and in-ring skill often overlooked. But, “Krusher” dictated the fight early with his piston jab troubling Ward and even sending Ward stumbling towards the end of the first stanza.

Come the second round, Kovalev continued his assault and didn’t allow Ward to find his range nor groove, before flooring Ward with a beautiful left-right combination. This was only the second time Ward had been dropped in his career—a career which has seen the Oakland, California, native lose his last fight in an amateur bout at the age of 13. Ward beat the count of ten, but Kovalev again pressured his foe with more big punches as Ward was pinned against the ropes. Ward escaped the second round by the skin of his teeth.

While Ward wasn’t troubled in the following four rounds, Kovalev continued to impress. Ward’s punches appeared ineffective, while Kovalev was controlling the fight and was landing some good shots of his own. Though, by the seventh round, Krusher began to tire and the momentum shifted in “S.O.G.’s” favour, with Ward catching Kovalev with a nice one-two combination early in the round.

The visibly fresher man, Ward had finally found his distance—peppering his Russian opponent with jabs and punches to both the head and body, keeping his Kovalev guessing. Ward made the contest a war of fighting inside the pocket—taking Kovalev out of his comfort zone of being at range. The same can be said for the eighth and ninth rounds—the latter of which was punctuated with a bolo punch that was rapturously celebrated by those in attendance.

With the scorecards up in the air and the potential for a hometown decision going in Ward’s favor, Kovalev found a second wind in the championship rounds and enforced his will on the fight—a gameplan which earned him so much success in the opening six rounds. The retreating Ward did well to fight back considering the pressure he was under, but it’s understandable given the importance of those closing two rounds. Kovalev looked to have won those rounds—eking out an important decision. But, as the final bell rang, you knew either party would feel a tad aggrieved if they were to be on the wrong end of the judges’ scorecards and rightfully so.

That is precisely what happened. With the scores rendered, all three American judges scored the fight 114-113 in favour of Ward in a razor-thin unanimous decision victory which earned him the title of becoming unified light heavyweight world champion. The decision was met with much chagrin from those in attendance, boxing pundits and viewers at home.

Much of the boxing press scored the fight in Kovalev’s favour. Even long-time HBO boxing commentator Larry Merchant said: “Classic hometown decision. In America—a gold medallist. A hometown decision.” Max Kellerman, who conducted the above in-ring interviews, also pertained to the decision being a hometown robbery.

A disappointed Kovalev stated his desire for an immediate rematch. "It's the wrong decision," he said. "I don't want to say my opinion, so the people are the witnesses are here and everybody saw what happened.

"I made the best shape for this fight since I was 11-years-old. It was the [biggest] fight of all my life and really I am disappointed with the judges’ decision. He got a few rounds. I am agreeing with that, it's not the full fight and controlled all the rounds. I lost maybe three rounds in all the fight. Of course I want a rematch. And I will kick his ass. I just wanted to show boxing I am good boxer and fight rounds—not small rounds."

The Russian’s promoter, Kathy Duva, echoed her client’s sentiments. “We got a great fight, which is all we wanted and what boxing needed. But, what boxing didn’t need was another bad decision and we got that too. I think Ward would have a great career in the UFC—I haven’t seen so much wrestling since Conor McGregor on the UFC card last week. Ridiculous.”

Ward gave credit to the challenge posed by Kovalev. But, ultimately, agreed with the decision. "I've been a champion and was a champion before I came in here and I knew it was going to be a tough fight," he said. "You never anticipate getting dropped; that was the first time in my career getting dropped but I was pleased with myself in the way I responded.

"He did everything that I expected him to, including fade a little bit. He started to slow up. He never quit but he started to slow. Sometimes you are going to win close fights and that's the way it is. At the end of the day, I am a two-division world champion, a five-time world champion and I've been nothing but a champion so I will leave it for the people, the pundits and critics to say. I'm just happy we got this decision.”

Despite the decision being a bitter pill to swallow for some, if not most, Ward’s accomplishments are staggering. In what was, oddly, his Las Vegas debut, Ward improved his record to 31-0 and became the seventh fighter to win titles at super middleweight and at light heavyweight, having cleaned out the former division beforehand—joining luminaries such as Thomas Hearns, Roy Jones Jr. and Sugar Ray Leonard in doing so.

No matter your fought on the outcome, Saturday night’s fight was superb and truly lived up to its billing—a rarity in this modern-day boxing landscape. And, given Ward’s supposed interest and a rematch clause negotiated by the Russians, Kovalev should get a second crack at Ward thanks to the controversy that decision stirred up.

Is Heather Hardy’s Move to MMA the Beginning of the End for Boxing in NY?

The Messy Rise of Sergey Kovalev