Another Bad Night at the UFC for Brazil 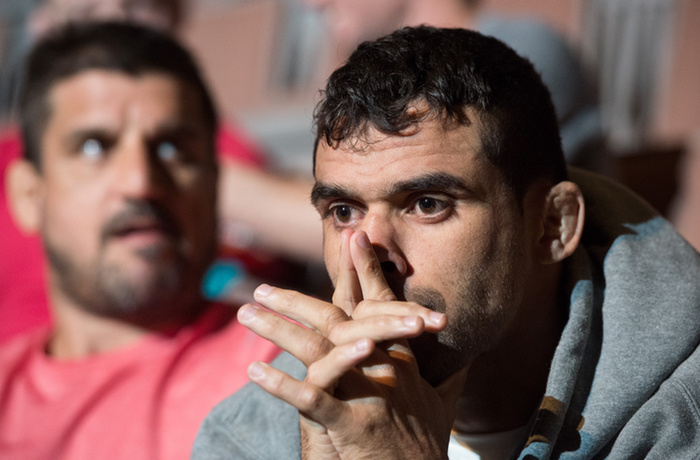 Two weeks ago in Brazil, there was plenty to celebrate with national heroes like Demain Maia, Mauricio ‘Shogun’ Rua, Cris ‘Cyborg’ Justino and Ronaldo ‘Jacare’ Souza claiming wins in Curitiba.

Yet, when it came time for heavyweight champion Fabricio Werdum to make his first title defense in front of his passionate home support, the 40,000 in attendance were silenced as Stipe Miocic punished the champion’s aggression with a knockout blow in the first round.

Despite an amazing night for the Brazilians up until that point, the sudden change in dynamic in the arena almost made it sound as though the gathering had all come to the same realization at the same time—Rafael Dos Anjos is the last Brazilian holding a UFC title.

A country synonymous with the sport that has boasted more champions than any other nation on the UFC’s books for a number of years, there are some who believe their standing in the championship ranks is related to their failure to evolve as quick as their North American counterparts.

Last night in Vegas, Thomas Almeida was a narrow favorite to claim victory in the main event against his fellow knockout artist and unbeaten prospect Cody Garbrandt. To add to that, former bantamweight champion Renan Barao was making his debut at featherweight debut after a number of years of reportedly struggling to make the 135 lbs limit. Elsewhere on the card, streaking Vitor Miranda had a chance to claim a massive scalp when he met Chris Camozzi, and unbeaten Alberto ‘Uda’ Pereira was set to impress in his promotional debut against Jake Collier.

In the end, all four Brazilians lost. Not only that, but a young man who forced national fans to reminisce of heroes from their glory years at the top of the sport was stopped emphatically just as the rest of the world were beginning to understand what all the fuss was about.

Hope of a New Hero

Fighting under the Chute Boxe banner that spawned iconic names likes Rua, Wanderlei Silva, Anderson Silva, Rafael Cordeiro and countless others, Almeida’s vicious Muay Thai striking has been an absolute joy to watch since he made his promotional debut against Tim Gorman back in November 2014.

Although he failed to get a finish, the dynamic striking display proved to be a sign of things to come as he blitzed through his next three opponents. A barrage of punches stopped veteran Yves Jabouin in just one round before he rendered another stalwart, Brad Picket, unconscious with a flying knee in round two of their meeting at UFC 189. Another first round knockout Anthony Birchak cemented him as a future title hopeful to the MMA universe, but last night it just didn’t come together for Almeida.

As Garbrandt piled on the pressure from the first bell, the same willingness to exchange was stifled each time he dropped his hands before a right hand brought the contest to close just shy of the three-minute mark.

The losses of Pereira, Miranda and Barao on the night drew a sense of foreboding for the Brazilians fans tuning into the Memorial Day weekend contest. Barao, as a former champion, had a chance to claim a spot in the title conversation had he emphatically beaten Jeremy Stephens in their co-main event meeting. However, after a well won first frame, Barao crumbled under the heavy shots of the Eric Del Fierro product in the final two rounds to lose a decision.

Although it is undoubtedly hard to be optimistic today for the Brazilian fan base, their quality as a fighting nation never leaves them far from a championship bout. With three upcoming title conquests to look forward to, the former rulers of the UFC championship landscape could gain some ground on the US contingent, who currently who hold eight titles of the promotion’s belts.

Should Amanda Nunes topple Meisha Tate and Wilson Reis pull off the lofty task of defeating a man considered the greatest fighter in the world at the moment, Demetrious Johnson, it would provide a massive boost to the nation.

The fact that a lot of people believe Claudia Gadelha already defeated Joanna Jędrzejczyk will have them confident that the Brazilian can finally defeat the strawweight champion when they meet for the second time on July 8 at the finale of the latest season of The Ultimate Fighter.

Despite his loss to Garbrandt, Almeida’s chance of reemerging in the championship fray in years to come is still quite probable. His fellow bantamweight prospect Aljamain Sterling also suffered the first loss of his career earlier in the night to Bryan Caraway.

Two fighters with a lot of interest surrounding them in the lead up to the event at the Mandalay Bay Resort and Casino, that would certainly be a fight that would get a lot of people excited should it be announced following their first losses as professionals.