Anthony Bourdain Gets His Blue Belt 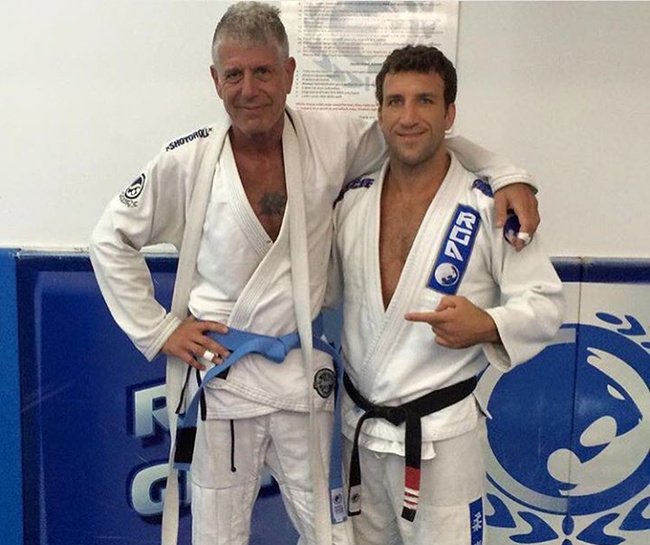 After being introduced to the Gentle Art by his wife, Ottavia Bourdain, the then 58-year-old award winning chef and TV personality, Anthony Bourdain, jumped right in.

“I think it can best explained… at my age to learn a new skill is deeply satisfying. To recreate that feeling of being the lowest person on the Totem pole in a kitchen back when I was 17—knowing nothing in a very hard world. The incremental tiny satisfactions of being a little less awful at something everyday. It’s like that with jiu jitsu for me.”

Now that he's got his blue belt, it's time to learn some leg locky! #leglockynow

Today his attitude toward training paid off, as Igor Gracie promoted Anthony to blue belt. The blue belt is significant in jiu jitsu because it marks the time when you have gained a pretty good sense of the basics, and are starting to find your own style as a fighter. It’s also a belt that makes you “officially” apart of the club, and usually takes at least a year (if you are training at a legit academy) to reach.

According to Renzo Gracie, Anthony trains twice a day—a real feat for such a busy man. Watch our film about the Bourdain’s love for jiu jitsu below, and tweet the man some much deserved congratulations!

Anthony Bourdain Gets a Stripe