Anthony Pettis's Next Title Defense Will Be Against Rafael Dos Anjos 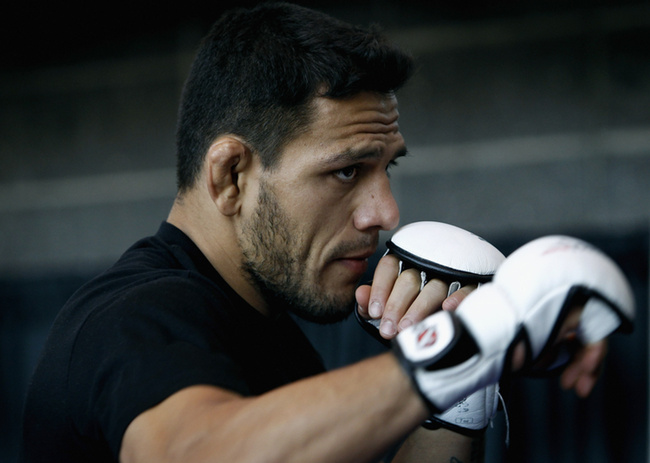 Rafael dos Anjos knows when he’s going to fight Anthony Pettis for the Lightweight Division Championship. The Ultimate Fighting Championship announced during the UFC 182 broadcast that the fight is scheduled for the UFC 185, in Dallas, Texas, on March 14th. The encounter between these two athletes will take place at the Dallas Mavericks’ home, the American Airlines Center.

At 30 years old, were Rafael dos Anjos to conquer Pettis’s heavily protected title belt, he would be the very first Brazilian fighter to make it to the top of the lightweight pyramid. Until now, only American fighters have been champions in said division.

Prior to rumors and speculation that Rafael Dos Anjos would in fact be Anthony Pettis’s next challenger, Khabib Nurmagomedov remained the number one contender. However, recovering from a knee injury and subsequent surgery has forced him to stay sidelined longer than he’d wished. He’s been vocal about it, and even challenged Pettis during the post-fight conference after Pettis beat Gilbert Melendez last year.

With 23 wins and 7 losses in his professional record, this encounter has been long in the making—in this latter stage of his accomplished career, Rafael dos Anjos has won eight of his last nine fights, and they’ve mostly been extremely dominant performances. His only loss in that run came to Khabib Nurmagomedov. Before that, his losses in the UFC came to some rather fearsome names: Jeremy Stephens in 2008, Tyson Griffin in 2009, Clay Guida in 2010 (in an unforgettable match that looked, for the majority of it, like it belonged to the Brazilian), and Gleison Tibau in a split decision in 2011. 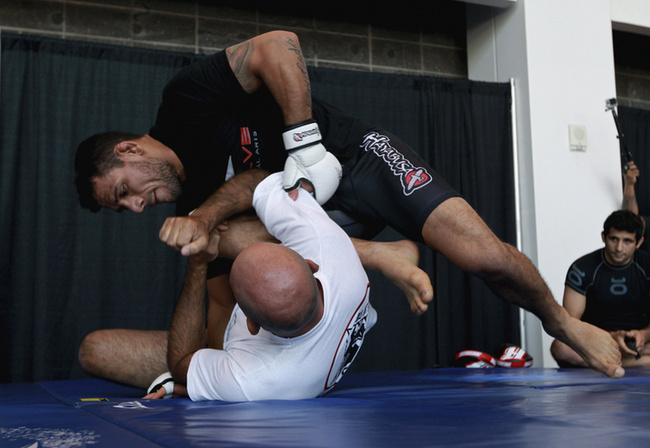 As a jiu jitsu expert, he’s demonstrated quite definitively that his muay thai and striking is just as good as his terrifying ground game. His triumph over Benson Henderson certainly proved his supremacy, as he knocked the pious former king of the division out in a headliner that sent ripples throughout the promotion. Rafael dos Anjos took him out halfway through the first round of the fight with a spectacular punch. Against Nate Diaz, who—if well-prepared and in the state of mind—is one of the most formidable opponents in the UFC, he showed domination that no other man had shown before when facing the Stockton fighter and teammate of Gilbert Melendez, the last person to step into the Octagon with dos Anjos’s upcoming challenge, Anthony “Showtime” Pettis.

At age 27, Anthony Pettis has been on a blazing path to the top of the UFC’s stacked up lightweight division, his only hiccup in the UFC (and his second ever loss) coming to Clay Guida in The Ultimate Fighter 13 finale, on his debut. Since then, he’s beaten Jeremy Stephens, Joe Lauzon, Donald Cerrone, Benson Henderson and Gilbert Melendez. Little more needs to be said about his skill set and his ability to hang on his title belt for as long as he pleases. Against Melendez, he delivered a strong performance that went all five rounds, holding up against a veteran and venerated fighter in the Skrap Pack rep. Pettis successfully defended his belt for the first time when he submitted Melendez with a spectacular guillotine.

There are no other fights announced for the card as of now.