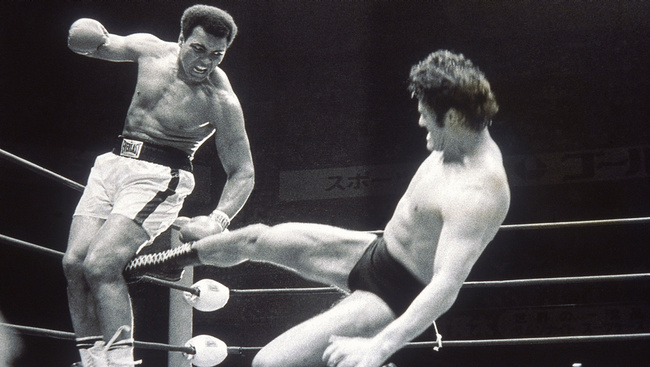 In 1976 an estimated 1.4 billion people watched Antonio Inoki take on Muhammed Ali in a boxer versus wrestler matchup that had a bizarre and slightly confusing ruleset but attracted enormous global interest.

It could arguably be considered the first MMA fight of the era, although the competitive nature of the contest was completely undermined by rules which prevented both men from playing to their strengths with Inoki forbidden from using grappling techniques and Ali not even throwing his first punch until the seventh round.

The sheer size of the audience might have made that match an inflection point for MMA but it’s difficult to overstate the scale of the disappointment as the "fight" descended into farce when both basically avoided each other for the best part of 15 rounds while boos echoed around the arena at the Nippon Budokan.

It would be nearly another decade before Shooto was established in Japan but in hindsight the most remarkable thing about this heavily hyped 1976 contest is that nearly 40 years later one of the participants is still heavily involved in MMA, with Inoki currently one of Japan’s most prominent promoters.

He’s witnessed the rise and fall of organizations like Pride, Dream and K-1 but Inoki’s IGF event is still going strong and some of the highest paid and most recognizable fighters in the region, like Shinya Aoki and Mirko Filipovic, competed on cards he put on at the 13,000 capacity Ryogoku Kokugikan Sumo Arena last year. 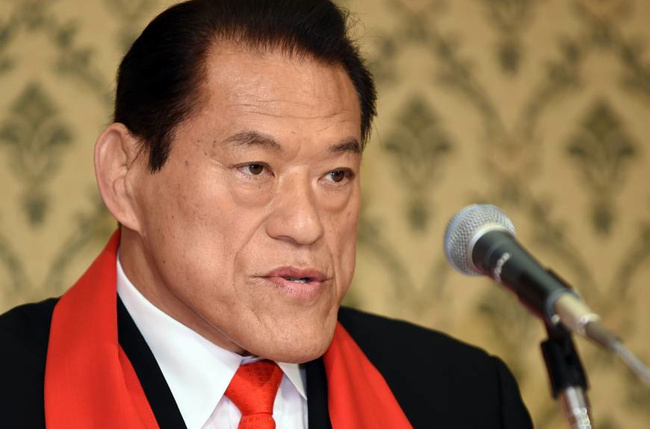 Some MMA purists might not like seeing pro wrestling mixed with their sport of choice, particularly as IGF has been known to stage blatantly scripted altercations involving competitive mixed martial artists, a credulity stretching post fight melee after Ikuhisa Minowa had stopped wrestling veteran Atsushi Sawada on the 2013 New Year’s Eve event springs immediately to mind.

However Inoki, who has long since retired from wrestling and is now a politician sitting on the House of Councillors in Japan, has always had an eye for the dramatic and allegedly talked to Fidel Castro about the possibility of holding an event in Cuba during the height of the country’s tensions with the US.

The matchup with Ali might have been so bizarre that the audience almost rioted but in terms of generating global publicity it was a massive success and the lessons that Inoki learned from that experience have probably served him well in both his promotional and political careers.

In 1995 he faced Ric Flair at a two day wrestling festival in Pyongyang which drew crowds well in excess of 100,000 people. Inoki’s trips to the pariah state have caused consternation in Japan and let to him being suspended from politics in 2013 but rumours persist that the 72-year-old is currently trying to put on another event in North Korea.

For Inoki politics and event promotion often go hand in hand and in 1995 he was able to successfully secure the release of 41 Japanese hostages who were being held in Iraq by organizing a wrestling show in Baghdad for the benefit of Saddam Hussein.

Inoki effectively gave Japan the concept of a New Year’s Eve show when he put together a “K1 vs Inoki” card at the tail end of 2001 and this has become a tradition which is still going strong with multiple events taking place in the country on this date last year, including an IGF offering involving Satoshi Ishii and Aoki.

It is 55 years since Inoki made his pro wrestling debut and this month he turns 72, a landmark he will be celebrating in his own inimitable style with a card likely to combine MMA and wrestling. Phil Baroni and Shinya Aoki will both be involved and given the promoter’s penchant for putting together a spectacle it’s unlikely to be a small scale affair.