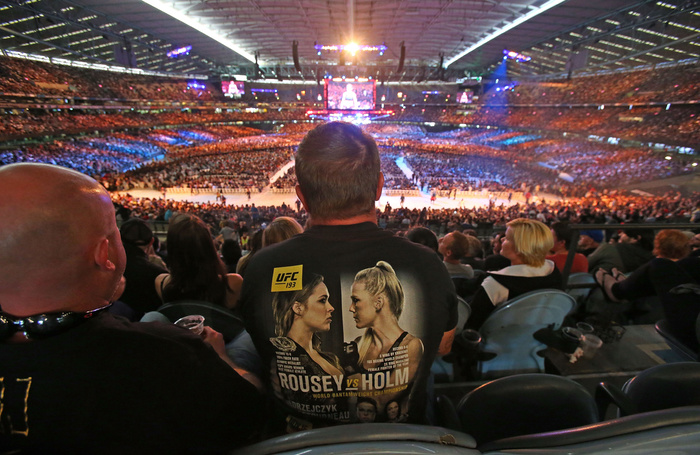 Meyer Lansky was known as the accountant for the mob, a financial genius who helped solidify mob control over gambling nationwide from the 1940s on through the 70s. The key to that success—and the steady profits that followed—was Lansky’s ability to balance books across the nation. He and his associates in New York basically became the clearinghouse for America’s bookies.

See, bookies don’t care about the horse at all. It’s all about making sure the bets are balanced, and then taking a percentage off the top. If in a Yankee-Boston game a New York bookie has a ton of bets on the home team and nothing on the opponent, he could get wiped out. So he has to get Boston action in order to make sure he can pay winners and still get his own percentage. Back in the early 20th century, before the Internet and Vegas, there were local barons who could help balance local books, but there wasn’t anyone with the money, power, and word to balance the whole nation’s big books: the books of all of the top mobsters in each city. Lansky filled that vacuum. He had the money, he was feared and respected, and the gambling world needed central authority to make sure profits flowed.

Fast forward to today, and the need to balance books hasn’t changed, but now Vegas does it by itself. The big casinos make sure that no one is in too deep with any one bet on a particular event, and if so, they can coordinate to slosh the cash around and keep things balanced and profitable. Sloshing the cash around means shifting the odds. You need more action on Rousey? Drop her from -1800 to -1600 so it doesn’t cost as much to make a buck. Need less action on Holm? Drop her from +900 to +700 so the payout for a bet isn’t as high.

That’s what made the sudden and dramatic shift in the odds on Saturday night so weird. For most of the time leading up to the fight, Rousey was basically -2000 to Holm +1000 give or take a few points i.e. 2 to 1 odds. By Saturday morning, the shift in odds began until about two hours before the fight when they stood at +450 Holm. The odds were cut in half in less than 24 hours. That’s a huge jump. Crazy jump.

There is only one thing that cause the odds to jump like that: massive action on Holm.

What made it even weirder was the fact that the odds, for a brief moment in time, went back to -2200 Rousey and +850 Holm from the shift toward Holm that started in the morning. So the odds grew worse for each bet. The message here is, “we don’t want anymore bets right now!” And then the bets were taken down on several platforms for a while, meaning no bets could be laid, and then the odds came back out with a heavy shift toward Holm which lasted until the fight began and all bets were in.

That told gamblers the following: massive action on Holm had swung the books so far that the casinos needed to make sure they had the books balanced first, and then they had to take a moment to re-calculate odds before they opened up again. One degenerate gambler I know looked up from his smartphone in the middle of dropping parlays on all the UFC193 dogs and said, “The fix is in.”

Knowing how MMA works, I shook my head no no no, there ain’t no fix, not with Ronda. But for this semi-pro gambler, the logic was simple:

MMA fighters are not paid as much as other pro athletes. Even the best of them get paid far less than a star boxer. Big paydays insulate big time boxing events from the fix, because there really isn’t enough financial incentive to throw a fight when you’re making a hundred million. The next purse will be worth just as much. The low end boxers, no one really cares enough so the money isn’t there, so if there is a fix in boxing, it’s somewhere in the middle involving low level gamblers. Not a huge televised event.

But an MMA fighter, with pay in the high tens of thousands or in Ronda’s case perhaps as much as a million, the incentive to throw a fight for $12 million or so—the amount you could have made on the Rousey-Holm odds with a big time bet—is much greater. For him, it was clear cut. What else could have made the odds suddenly shift like that other than a huge bet, or multiple bets coordinated to land at the same time, which then caused a big imbalance in the books? He dropped a chunk on Holm and sat back calmly awaiting his winnings.

But there wasn’t any fix, and we all know it. It was just a solid game plan executed to perfection. Even so, someone knew something, so what was it?

Could have been all those little things. The weigh-in fracas that seemed so contrived or Rousey’s coach and boyfriend distractions, her mom calling random people out on social media, the rockstar trajectory; Ronda talking about disappearing and retiring ... all those little glimpses into the humanity of a great woman combined with Holm’s cool-as-a-cucumber demeanor may have tipped off the betting masses and helped cause a huge shift in bets in the hours leading up to the fight.

A lot of people made money off of the upset. A lot of people walked away smiling, but I wonder how that blood gold feels to some other people out there.

I know the degenerate I roll the dice felt some remorse, despite going to sleep with a smile following the big payout. He called me early in the morning to talk about the fight, wanting to know everything I could tell him about MMA and Ronda Rousey. Will she be back, is she OK, has there been any word yet? Why everybody suddenly hating on her so bad? Talk of a fix faded away and was replaced with hopes for a return and a reckoning for all that has happened to Ronda the second her head hit the canvas.

“Man, I look online and see the hate train already starting, and I just can’t believe it,” he said. “I mean, I’m happy I got paid, but I feel bad for Ronda. I hope she comes back. You think she will? She better. These haters need to learn.”

A math-head who bets the numbers and was only mildly interested in the sport suddenly became a Rousey fan, and this in her most desperate hour. I found that instructive.

Duffy, Poirier, and the McGregor Effect