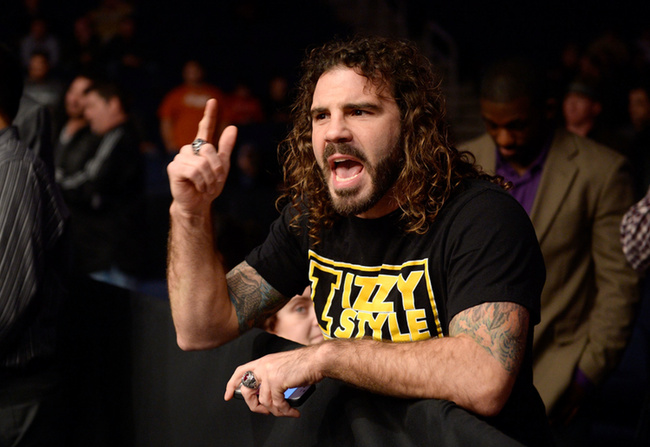 All the talk this week is about the featherweights. Conor McGregor shrugged off Brandão’s attacks to finish him in the first round of the fight. Brandão had talked smack but McGregor backed his up.

After that big, victorious night of the Irish, Dustin Poirier told McGregor via internet that he would be waiting for him whenever he is ready, and Dennis Bermudez admitted that he was a bit jealous of The Notorious one’s popularity. McGregor’s only got three wins in the UFC, and he’s been dominant—but is that enough to be so quickly propelling him to becoming the next championship contender? According to Bermudez, the only reason everyone wants to talk about McGregor is that he calls people out—and seems to be skipping pole positions by doing exactly that.

Dennis “The Menace” Bermudez on the other hand considers himself a true fighter. He’s got no time for showmanship—he’s a laser. He fights for the fight of it—no gimmicks, no calling out—just beating other fighters up.

Cruising on a healthy six-win streak, he feels very confident in his abilities, but kind of upset that no one cares about his wins, and that the Irishman’s victory has bumped him down in the UFC rankings. I’ll say—the division is stacked, so it’s easy to get buried in the wake of nights like last Saturday in Dublin.

In any case, maybe if they decide it’s too soon for McGregor to be fighting for a belt, he’ll catch up with The Menace, but not before he and Dustin Poirier throw down. 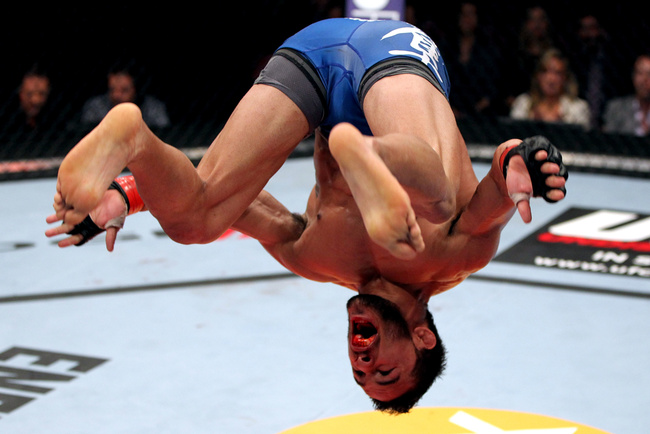 But even before any of this can happen, this Saturday, July 26th in San Jose, Dennis “The Menace” Bermudez has a chance to prove that his skill set is real, even if he did so dominantly conquer Jimy Hettes in his last bout. Now comes a more serious challenge, the kind of challenge that can cement your name on the high echelons of the sport.

The card—which features the main event Robbie Lawler versus Matt Brown as well as Anthony Johnson versus Rogerio Nogueira—pits Bermudez against the very experienced Clay “The Carpenter” Guida, whose over 40-fight career and and 31 wins will surely give The Menace something to brag about, if he can overcome.

Guida is prepared, though, to take the high-flying Bermudez head-on and show him what it’s like to take it to the ground with a true specialist. After a sturdy display and win over Tatsuya Kawajiri in Abu Dabhi this past April, Guida said that he was ready to fight anyone.

Now he can bring that heat with some classic groundwork against the very successful but less experienced Bermudez. It’s a great opportunity for the latter to show us what’s really good, and a shot for Guida to keep up a win streak, seeing as he had been having a shaky record before his last victory. But rest assured, The Carpenter has one of the strongest jaws in the game, and you know he doesn't go down easily. Both athletes are excellent wrestlers, but Guida is the true grinder, touting 15 wins by submission.

I think Clay Guida is one of the greatest athletes to fight in the featherweight division. If he wins we’ll know why, but if he loses we’ll have no choice but to watch out for Dennis Bermudez. I want to see that Bermudez backs his talk up—that he really is the featherweight you need to be paying attention to. I think he slipped up yesterday saying that Guida is past his prime. We’ll see how far past prime he is the moment they hit the ground.

Before and After: Clay Guida - Part 1