Belfort vs. Weidman in the Enlightened City of Los Angeles 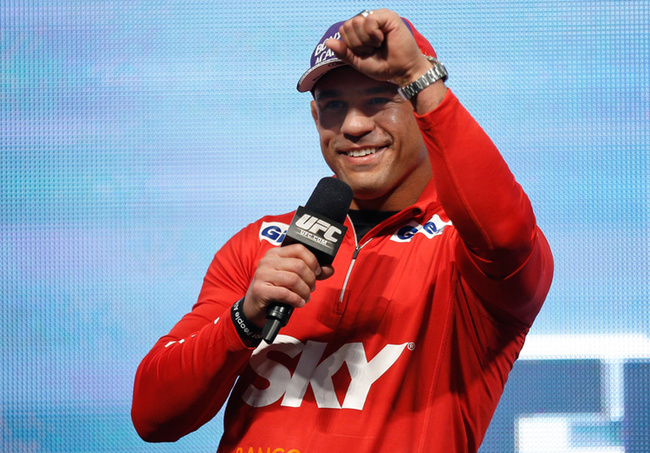 The super anticipated middleweight title fight between Chris “The All-American” Weidman and Vitor “The Phenom” Belfort has a time and place, finally. Chris Weidman will defend his belt on February 28th at the Staples Center, home of the Los Angeles Lakers, the Los Angeles Clippers and the Los Angeles Kings. The matchup will be UFC 184’s main event. You can watch on Pay-per-view, Fox Sports 1 and on UFC Fight Pass.

The fight was originally set for December 6th, however Chris Weidman injured his hand and the encounter was pushed forth—it was the second time the fight had to be postponed. Both of them were slated to appear face-to-face at UFC 173 this past May, but protocol changes by the NSAC made it so TRT therapies became illicit. Because of this The Phenom had to take some time away from the Octagon to allow his body to readjust to new biological parameters.

Since a venue wasn’t finalized in Las Vegas, the UFC decided to move the event to Los Angeles, meaning that the Nevada State Athletic Commission is dumping all performance enhancing drug testing on California’s state commission with Andy Foster at the helm. It doesn't make sense for the NSAC to be testing someone who doesn't have a license to fight in the state. Surely they'll monitor from their end how Andy Foster and his commission administer all the proper and expected anti-doping tests.

This is also the first time the UFC hosts an event at the Staples center since 2012 (Maurício Rua vs. Brandon Vera), since the original Aldo vs. Mendes II title fight, set for this past July, was cancelled. 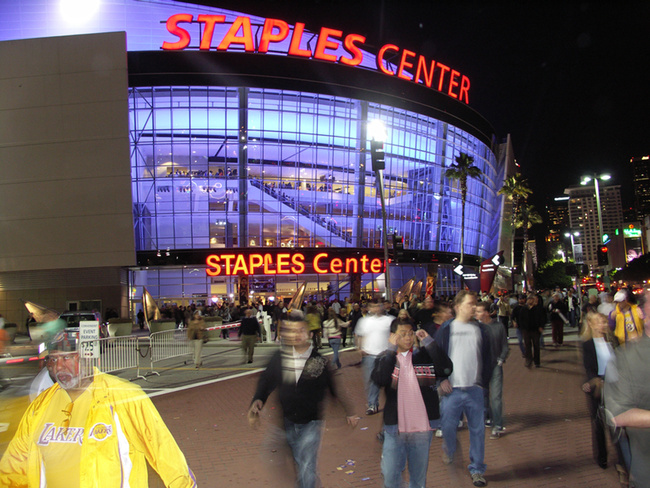 It would be amazing for Los Angeles to become a big destination for the UFC. Bigger than Vegas, even. And perhaps it would even be a more relevant destination for the sport—as it stands, there are so many MMA schools in LA that if someone said that it was the city with most MMA schools per capita, it wouldn’t be at all surprising. LA is an MMA education locus, and Brazilian jiu jitsu’s first home in the US. As such, it is an enlightened place of mixed martial arts. Bringing more fights to LA, then—it’s almost as though that would make the sport appear “cleaner” in a way, elevating it even, and away from the seedier connotations that may come from hosting fights in the gambling capital of the world. It makes it more a sport parents can get into with their kids, rather than a game people bet on.

And not just that, LA could become one of the world’s largest sporting capitals, if it were to become home of the Lakers, the Kings, the Clippers, and countless evenings where the world’s best fighters take each other on for title belts.

I'm glad The Phenom’s back. Vitor seems to be going hard in the gym, and before his suspension Vitor had just come off three knockouts—over Michael Bisping, Luke Rockhold and Dan Henderson. No small feat. Bisping and Rockhold are mainstays at the top now. Hopefully Vitor steps right up. A couple of days ago he tweeted that he was in Rio training with none other than the King of the Ring himself—Tyrone Spong. Surely he'll take a lot of this to his bout with Chris Weidman, and I expect a strong and exciting encounter between these two middleweight greats.

Title fights have been difficult to come around lately because it seems that every time someone’s belt is up for the taking, either the defending champ or the contender gets injured and the fight gets rearranged with replacements—or just pushed forward. So it’s exciting to have one so soon and in one of the US’s greatest sports towns.