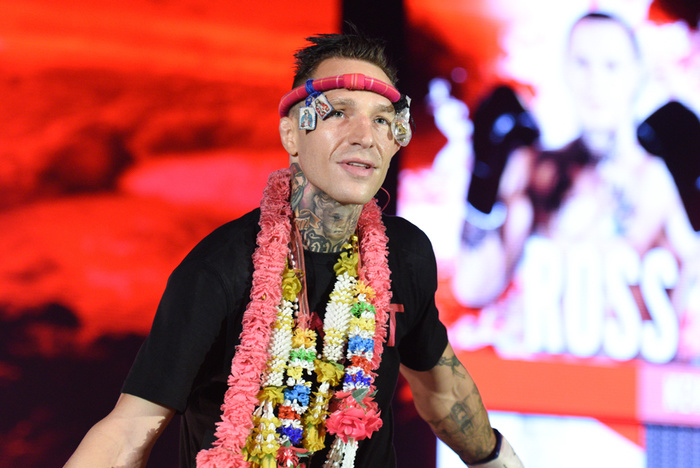 The five-fight event coincided with Bellator 152, so the 14,000 fans in attendance were able to watch kickboxing and MMA fights all in one night, with fighters and spotlights shifting from ring to cage and back again.

“To be honest, it was one of the best events I’ve been to,” said Raymond “KO of the Century” Daniels. “The place was completely sold out, they went from cage to ring seamlessly, all the fans were just rumbling … it was like ‘wow, I’m a part of this.’”

A far cry from the Gracie-Shamrock and Dada-Slice debacle which cast such a pall over Bellator’s recent big name acquisitions. The kickboxing side of Bellator’s show is just starting, but it’s something CEO Scott Coker has been involved with since the mid-1980s. Coker was one of the original partners in the Professional Karate Association (PKA) and later ISKA, which aired kickboxing events for 15 years on ESPN. When that partnership dissolved, MMA was on the rise and quickly displaced what was at the time the only popular combat sport on American television other than boxing. The fervor that began in the US jumped the Atlantic and took root in Europe, where kickboxing is still more popular than MMA today.

Nobody has stepped in and really tried to re-build the market for kickboxing on North American TV since the early 1990s until now.

“The beautiful thing about kickboxing is that it’s an art form, but its so simple to understand,” Coker said. “Properly positioned and properly presented, it can be a great spectator sport for the US.” 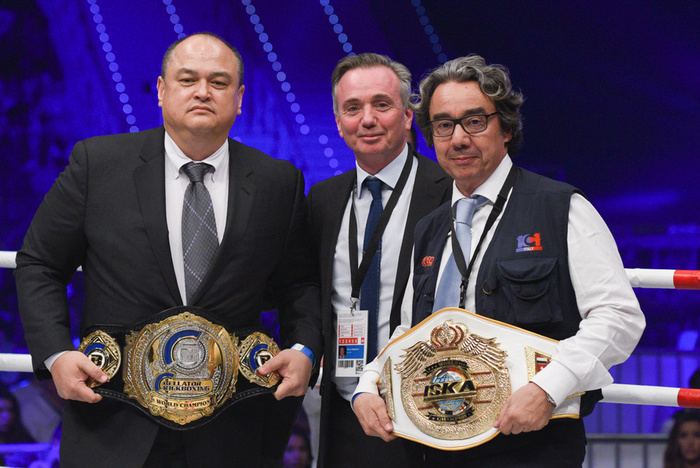 Lion Fights only does Muay Thai, Glory is primarily a European brand, so there is plenty of room for growth in North America and that’s good news for the thousands of kickboxers and Muay Thai fighters in North America who have to pay their own way to Europe, fight for pennies, or start taking grappling classes and make the jump to MMA.

“I think they can make a mark in North America and I hope they do,” said Chris Cichon, a coach on the World Association of Kickboxing Organizations (WAKO) Team USA. “Scott Coker likes kickboxing and I'm happy to see him back promoting the sport. As far as a WAKO impact, I think it helps WAKO in the USA. We lose fighters all the time to MMA. With more promoters in the game it helps give our athletes a career. WAKO also gives up and comers a way to prove themselves against international competition and make a name for themselves, so they can get signed by companies like Bellator KB. I think the two complement each other well even though they may not be in business together.”

Bellator right now only has plans for three more kickboxing cards this year, six for next year. The fighters they have signed only allow for a limited amount of events if they want to keep everyone busy. But the company is getting calls every day, Coker said, and the talent pool in North America alone is enough to sustain a kickboxing promotion on its own, if the pool were organized into pathways that led clearly from one level to the next. That is not necessarily the case at the moment, but with a US-based kickboxing promotion now back in business more than two decades after the demise of the PKA/ISKA-ESPN relationship, it’s possible that those career paths will form, giving pure strikers a way to stay employed.

The fact that Bellator is the company that stepped in isn’t surprising, given Coker’s background, but there is more to it than just old kickboxing chops. Bellator, despite a reputation for the occasional circus, is gaining traction with fighters who are tired of struggling alone, dealing with smaller regional promotions who can’t deliver first class treatment, or with the cost of traveling across the planet to fight in more established promotions in Europe and Asia.

Daniels echoed several other fighters’ public comments about Bellator and the way the company goes out of its way to give the fighters what they need in terms of money and support, as well as involve fighters more in the brand building and company building process. That’s what Benson Henderson was talking about, after he made the switch from the UFC. Several other fighters—those who’ve made the switch, or those who are just making their displeasure known—have made similar comments regarding Bellator and the types of relationships they seek with their employer.

“The promotion and the company itself are looking after the fighters, creating a brand with the fighters,” said Daniels. “For instance, with boxing it’s your own game, Floyd Mayweather can fight whomever he wants, whenever he wants. With the UFC it’s all about the company and not the fighters. I mean just check out this whole Reebok thing, how many hundreds of thousands of dollars did the fighters lose because the UFC did that? That’s only about the promotion. Bellator is working hand in hand with Spike TV and the fighters, and just allowing us to be ourselves. And because this promotion treats me better, I’m going to push myself in this direction, for me, my family, my camp … and I think you’re going to see a lot of big names come over, from MMA and kickboxing, because in the end the window we have as fighters is pretty small.”

Trying to Reignite Kickboxing in the USA