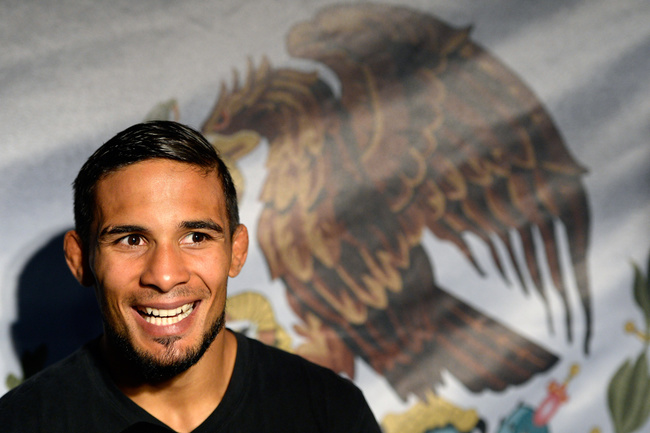 Thanks to Conor McGregor, José Aldo and the press rodeo that is their promotional world tour, UFC 189 is quickly becoming one of the most anticipated events on the MMA horizon. This fact is only cemented by the card’s intriguing co-main event, a welterweight title fight between champ Robbie Lawler and much-hyped Georges St. Pierre teammate, Rory MacDonald. Yes, even when these two fights were the only confirmed matchups on the card, it was already being talked about as one of the biggest MMA events of 2015. But of course, UFC pay-per-views include more than just two fights. It was just a matter of time before the card’s lineup started getting even sweeter.

The time for that sweetening has begun, as Joe Silva has started sprinkling his matchmaking Splenda. Over the last few days, a handful of intriguing fights have been added to the UFC 189 bill. There’s the addition of a scrap between European welterweights John Hathaway and Gunnar Nelson. Then, there’s a clash between veteran John Howard and prospect Brandon Thatch, who will look to rebound from a loss to Benson Henderson. And then, there’s perhaps the most intriguing of all the new additions to the card: a showdown between top-15 featherweights Dennis Bermudez and Jeremy Stephens.

It wasn’t all that long ago that both Bermudez and Stephens were teetering on the edge of title contention. Yet unfortunately, both recently found themselves on the receiving ends of losses. For Bermudez, that loss came courtesy of Ricardo Lamas. Stephens’s defeats on the other hand, were dealt by Cub Swanson and Charles Oliveira. This fight then, will give one of these talented featherweights a chance to bounce back, to reassert themselves as a top-of-the-line 145-pounder. It’ll also relegate the loser, at least for the moment, to gatekeeper status. Yes, when it comes to the featherweight division’s rankings, this appealing UFC 189 scrap will provide some much needed housecleaning—an important thing for the weight-class in the wake of UFC 189’s Aldo-McGregor main event. Of course, people aren’t excited about Bermudez vs. Stephens for the way it will clarify the divisional pecking order. People are psyched about this fight because, on paper, it has all the prerequisites for a barnburner. 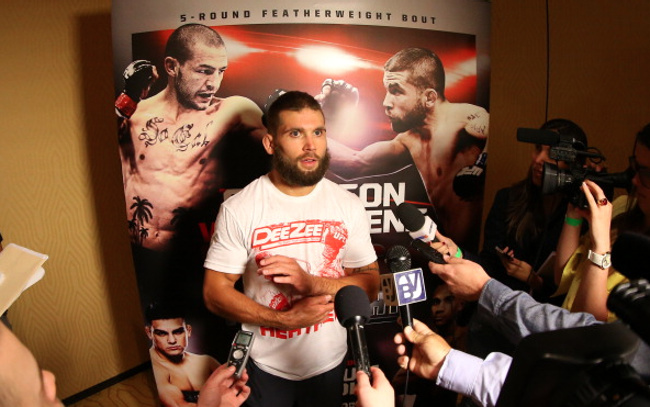 Standing across from him will be Stephens, a former lightweight with perhaps the hardest punches in the 145-pound division—exemplified by his three Knockout of the Night awards. With that power, alongside a technical striking arsenal and some seriously aggressive tendencies, he’ll be more than happy to test the limits of Bermudez’s grit. That, fights fans, means fireworks.

Then, of course, there are the bout’s x-factors: Bermudez’s solid wrestling, Stephens’s substantial size advantage, the solid cardio of both. At the end of the day, what we have in this fight is the kind of bout that—knock on wood—can’t possibly be anything short of thrilling. And on a card like UFC 189, such bouts are very important.

This isn’t to suggest that any of UFC 189’s other bouts won’t be exciting. The main event is likely to be a gun-fight, while the co-main event should yield the same results. All the other bouts confirmed for the card thus far look great too. From the early vantage point, UFC 189 seems synonymous with excitement. But, it’s also important to be realistic. Sometimes title fights don’t deliver the way we hope they will, ending either too abruptly, or with a decision after five tepid rounds of gun-shyness. Furthermore, injuries are an ever-present problem. UFC 189—god forbid—might just lose a few bouts. So while on paper, it looks like one of the best cards of the year, the fact is, no card is safe. And that’s why we need bouts like Bermudez vs. Stephens. Such fights are a card’s insurance policy.

Yes, it’s an important one for the featherweight division’s rankings, but more importantly, it’s a fight that’s almost certain to be exciting, which means that no matter what kind of disappointments may befall the card as a whole, we know that at the very least, we’ll get to watch Bermudez and Stephens try to punch one another’s heads into the stratosphere. And that is going to be a seriously exciting thing to behold.

Aldo Goes to Dublin and McGregor Snatches the Belt