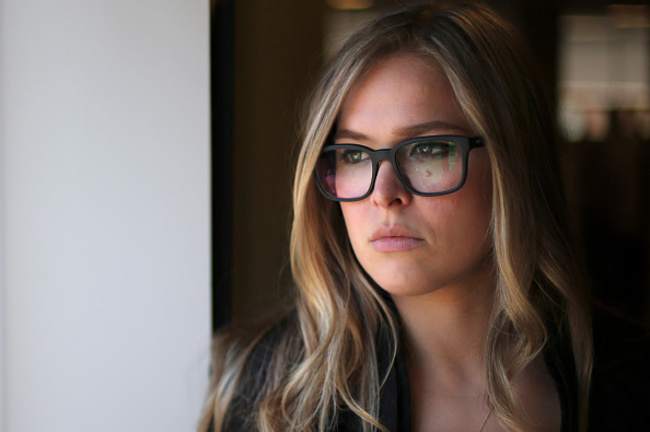 The beef between current bantamweight champion and recently crowned “most dominant athlete alive” Ronda Rousey and undefeated Brazilian challenger Bethe Correia has never not been cooking. The fighters, who face each other at UFC 190 in Rio de Janeiro this upcoming August 1st, have traded barbs for over a year now. Recently, Ronda launched her highly-anticipated book, My Fight/Your Fight, to good reviews. However, the book also uncovered new material with which to construct effective smack-talk.

According to Brazilian sources, during a media dinner with members of the Brazilian press, Bethe said that when—presumably pulling from the chronicles of the champion’s book—[Ronda] “was under pressure, she showed weakness. When her mommy put pressure on her, she ran away from home. When she lost, she went to drugs. She’s even had eating issues. That’s not being a super hero. When she feels the pressure and that I’m ready to fight her, I want to see her reaction. She’s not good in the ead. She’s got to take care of herself. Now there’s a lot of people around her, she’s winning, but when it gets real, I don’t know what could happen. I hope she doesn’t commit suicide.” A somewhat out of touch remark—suicide—points to Bethe not having read Ronda’s story, but rather just took information from the headlines that were published upon the launch of the book.

When they asked her if she, were she to win the belt, would grant Ronda a rematch, she reaffirmed, and begged Ronda “please, do not kill yourself, I’ll give you a rematch.”

Ronda lost her father when she was eight years old. After breaking his back, he was never able to fully recover. He took his own life after knowing he would be a paraplegic.

Of course, Ronda caught wind of Bethe’s comment, and replied in full, issuing a warning: 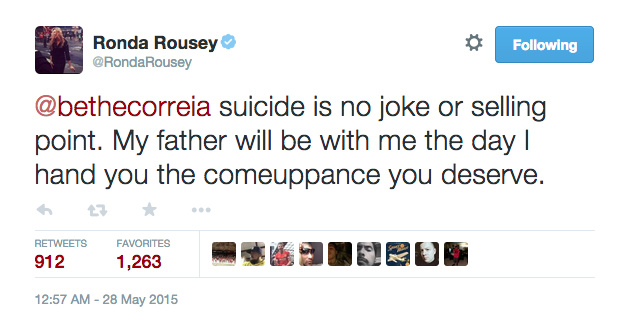 Bethe did, however, issue an apology, claiming to not know about Ronda’s father’s suicide. Could this blunder in the game of smack talk be the final exchange before Ronda and Bethe throw down at UFC 190? 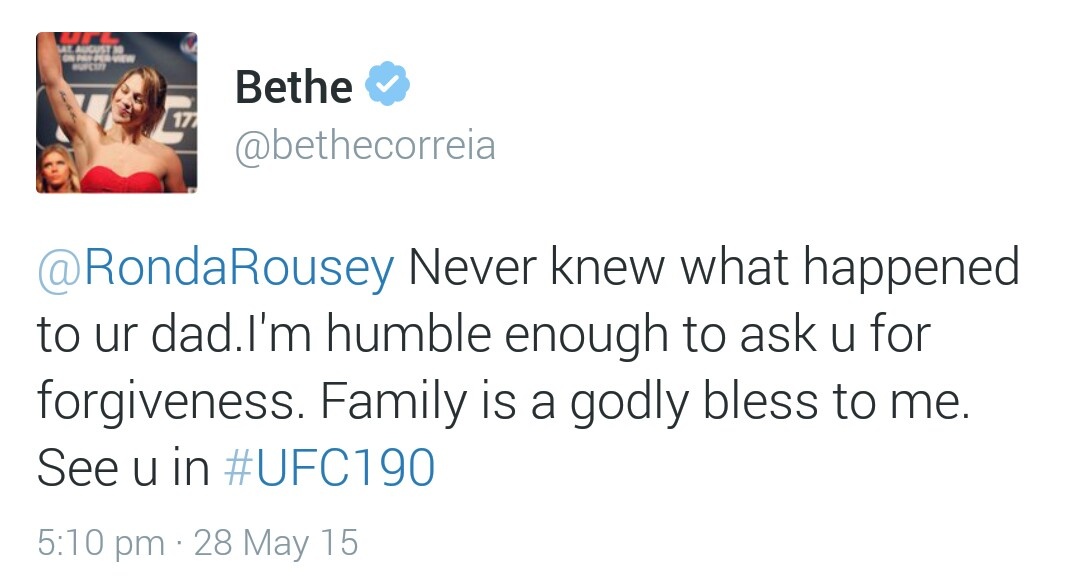