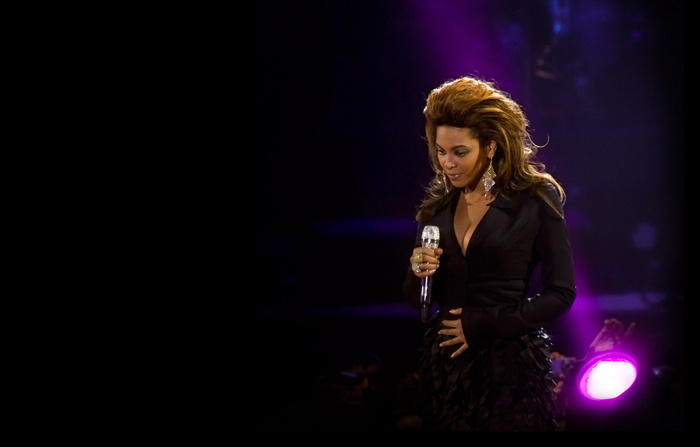 If there was any remaining doubt about Ronda Rousey’s power and reach as a pop culture icon, we can go ahead and put that to the left, to the left, because none other than the Queen Bee herself gave the UFC Women’s Bantamweight champ her stamp of approval this past weekend.

During her headlining set at the Budweiser Made In America festival on Saturday night in Philadelphia, Beyoncé played an audio clip of Rousey’s now famous “Do-Nothing Bitch” speech and broadcast the fighter’s words on a large screen behind her before launching into her 2009 hit “Diva.”

Here’s the footage of the Rousey-related content courtesy of Dana White, who tweeted it early Sunday morning.

The performance quotes the following portion of the interview, which originally aired as part of episode 2 of UFC 190 Embedded before going viral—and inspiring a highly successful t-shirt—in the days leading up to Rowdy’s devastating win over Bethe Correia on August 1:

“I have this one term for the kind of woman that my mother raised me to not be, and I call it a ‘do-nothing bitch. She’s the type of chick who just tries to be pretty and be taken care of by somebody else. That’s why I think it’s hilarious if people say that my body looks masculine or something like that. I’m just like, ‘Listen. Just because my body was developed for a purpose other than fucking millionaires doesn’t mean it’s masculine. I think it’s femininely badass as fuck because there’s not a single muscle on my body that isn’t for a purpose. Because, I’m not a do-nothing bitch.’”

This marks a welcome change from the music world’s initial reaction to the Do-Nothing Bitch phenomenon. When #DNB first caught on last month, it drew a significant amount of ire from the original DNB community: the Drum & Bass scene. As Uproxx reported, fans of the genre, a longtime staple of underground raves, took issue with Rousey’s use of the abbreviation. Some even went so far as to start a petition to try to prevent her from trademarking DNB, arguing that such a move would have a negative impact on every business related to the Drum & Bass scene.

Beyoncé’s nod also puts Rousey in some pretty impressive strong female company, given that her set also featured a poem by Maya Angelou and the snippet of the flawless Chimamanda Ngozi Adichie’s TED talk sampled in “Flawless.” The #DNB ethos has received mix reviews, with critics, including UFC Strawweight fighter Rose Namajunas, arguing that the idea needlessly criticizes other women and sets up an unfair and tired binary between good girls and bad girls, but it has clearly resonated with the increasingly outspoken Beyoncé. It will be interesting to see if this was a one-off thing, or if it will become a frequent part of her future shows, much like Adichie’s talk did.

On a related note, we’re not so secretly hoping that this somehow leads to Solange doing a Joanna Jedrzejczyk at some point in the future.