Bigfoot vs. The Hulk 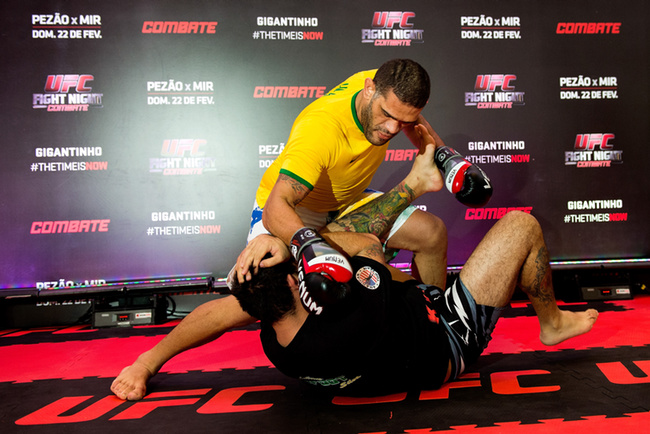 We all love a technical display. Be it a one-sided dismantling like the one TJ Dillashaw dished out last weekend or a back-and-fourth battle like the collision of Edson Barboza and Paul Felder earlier on the same card, as fight fans, we’ve got a soft spot for masterful technique. That being said, there’s also room in our hearts for more rugged affairs: the slugfests, the brawls, and the good, old-fashioned heavyweight clobberings. The latter is precisely what we’re likely to get when Antônio “Bigfoot” Silva and Soa “The Hulk” Palelei collide on UFC 190’s main card this weekend.

A 265-pound monster of a man, fans have never drooled over Bigfoot’s technique, or his pace, or his blinding speed. This is not to suggest that he does not possess these traits on some level, but what has made him an appealing fighter to watch over the years has been his massive size and cage-shaking power. It’s this brute force, after all, that carried him to a win over the legendary Fedor Emelianenko, as he mounted his technically brilliant opponent and rained down the kind of ground and pound that would crumple a pickup like a pop can. It’s that same boundless strength that propelled him through the UFC’s heavyweight ranks, past men like Travis Browne and Alistair Overeem, all the way to a shot at the title. Yes, as an athlete who has dedicated years of his life to the sport, Bigfoot has got plenty of technical skill to his name, but if we’re being honest, that’s never why we’ve tuned into the big man’s bouts. We watch him because he fights exactly as his nickname suggests he would, and has earned 13 knockouts as a result. 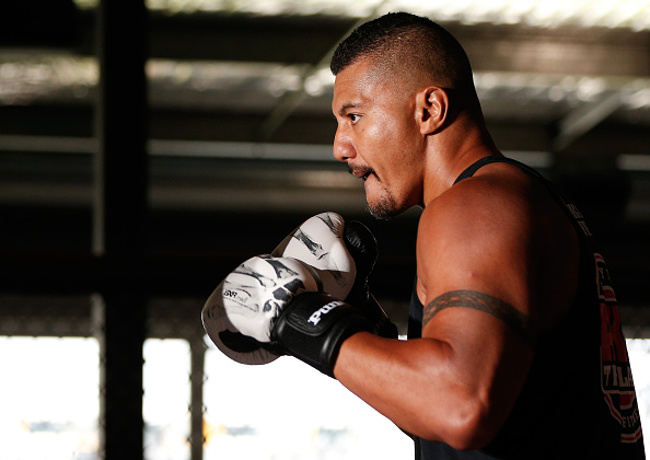 The thing is; Bigfoot is not the only fighter of this variety in the UFC heavyweight division. His looming opponent Palelei, though certainly less accomplished, is a very similar beast. Like Bigfoot, Palelei is the owner of hard-earned black belt in Brazilian jiu-jitsu, and has years and years of diligent training to his name. We do not, however, generally watch the massive Australian and expect artistry. Instead, we tune in to watch The Hulk smash, just as he did when he pelted Pat Barry with a meteor shower of ground-and-pound in 2013, just as he did when he beat the brakes off Ruan Potts and Walt Harris in his next two wins, and just like he’s done in 15 of his other 22 pro victories. Yes, much like Bigfoot, it is The Hulk’s 6-foot-4; 265-pound pummeling-power that draws us to his fights. Of course, with nicknames like theirs, that’s not really surprising.

No, when Bigfoot and Palelei lumber on to the canvas together on the main card of UFC 190, it’s unlikely to be a breathtaking technical showing. We will probably not see any Barboza-esque wheel kicks, or flyweight-style scrambles. What we’re more likely to see is two massive men, clobbering each other with cinderblock-sized hands, and hammering one another into the canvas with Donkey Kong punches. Add to the equation the fact that, considering their recent, hot-and-cold records, neither fighter can afford a loss, and the likelihood of the two towering heavyweights reducing the octagon to a pile of rubble seems even more likely.

For the most part, the hearts of fight fans belong to the masterful technicians: the Ronda Rouseys, the Demetrious Johnsons, and the Conor McGregors of the game. But we’ll always have a soft-spot for the cannon-fisted big fellas too—an archetype that, with Brock Lesnar and Shane Carwin out of the picture, cannot be better represented than by Bigfoot and The Hulk. Here’s hoping the Octagon is still standing after their scrap, so we can enjoy the rest of the evening’s main card bouts too.