Bizarre Roy Jones Jr. PPV Moves a Step Closer, but Not Yet Finalized 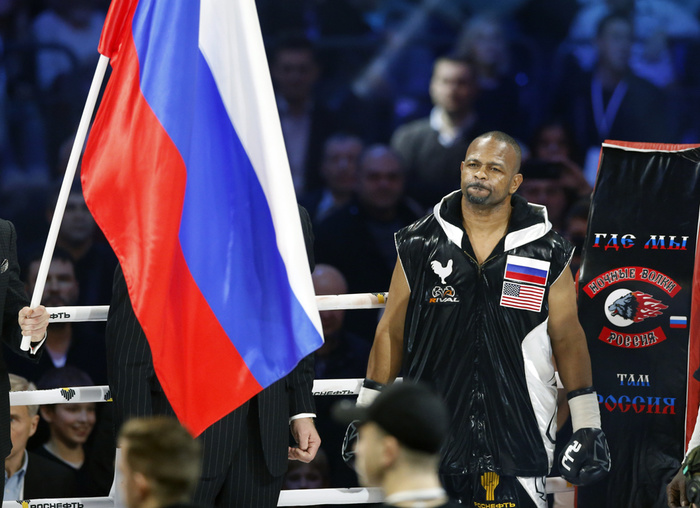 The bizarre proposal of Roy Jones Jr. fighting a random fan from the Internet has moved a step closer to coming together, but has not yet reached the stage of guaranteed fruition. The digital network promoting the bout, URshow.tv, was officially granted a promotional license by the Arizona State Boxing & MMA Commission last Thursday, and according to the executive director of the Arizona commission Matthew Valenzuela, both Dan Severn and Ken Shamrock have also been approved for their MMA bout featured on the undercard.

The main attraction, however, is still awaiting approval. The original idea was to headline Roy Jones Jr. as giving a “random fan” a chance to win $100k by KOing the legendary boxer, where the chosen fan would be required to submit a 90-second video explaining their candidacy and place first in an online poll via Facebook. Valenzuela commented last week that Jones’s potential opponent would now have to show legitimate history as a boxing professional, and that the proposed matchup will be subject to the same evaluation for any boxing match in the state. With the deadline for entries ending only on February 24th, the list of potential opponents has yet to be released.

“Now that we‘ve granted the promotional license and approved the event, I think I’ll get that list pretty soon,’’ Valenzuela said.

The network did make an additional request for interested fans to submit evidence of their professional fighting experience, so by most accounts it appears as though the show will go on.

It has yet to be determined whether the fight will take place at cruiserweight or heavyweight, but with the proposed date being less than a month out, I’m not sure how much of a difference that would make. Whichever fan gets chosen will have little to no time to prepare. But I guess to be fair, neither will Jones.

There are a few ways to look at these new developments. First, I suppose it’s a good thing that the commission ruling has prevented Jones from stooping low enough to take on just anyone from the Internet. On the other hand, it does take away part of that sideshow appeal in an average person being given a chance take on one of history’s greatest boxers, and pulling off the impossible. In some ways, it is also a demotion from just about any other fight Jones could take since the selection process in this scenario is even less vetted than traditional means. Jones, after all, can still more than likely take on the lower-tier of the boxing industry.

I guess the only unarguable bad news is that if you are one of the many who submitted a video, but have no professional fighting experience, then I’m sad to say you’re out of luck.