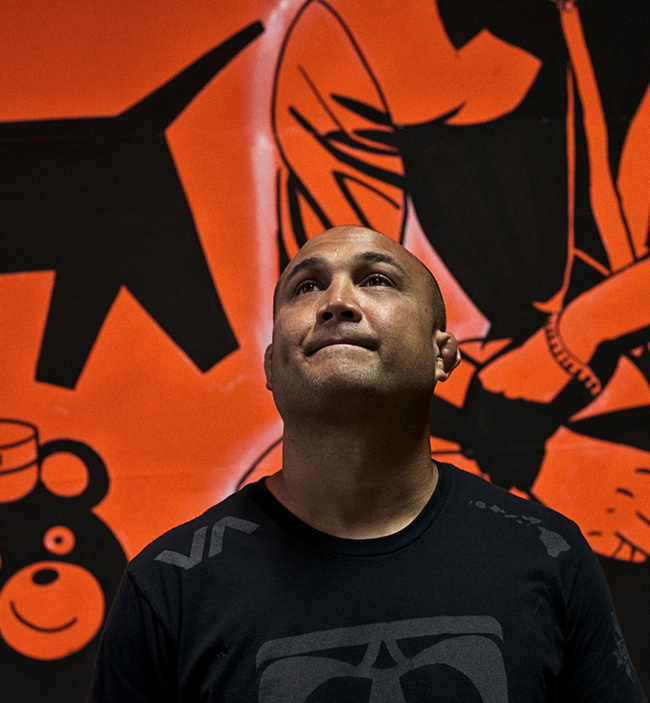 Photo by Nick "The Tooth" Gullo

BJ Penn waged one of the most important fights of his career last night, and losing via TKO was the best thing that could’ve happened.

That’s a crazy statement, I know. But when you watch the replay, and note his vacant pre-fight stare, and utter lack of strikes and submission attempts throughout, it’s clear the Prodigy wasn’t there because he wanted the rematch—he was there because he needed it.

No, not for the money. By all accounts, BJ is a rich man: blessed with amazing family, friends, and fans. He also co-owns a highly-successful UFC gym in Hawaii.

From the time a kid first steps onto a field, or tennis court, or mat, he hears: Winners never quit, and quitters never win!

And: You’re never a loser until you quit trying!

Over and over, coaches barking the same speech, only varying the terms.

The best way to guarantee a loss is to quit!

Over time, the hope is that these cliches crystallize into a tempered sword that severs all self-doubt, laziness, and resistance. But what really happens, is everywhere you go, during every waking hour, you hear those voices telling you that it’s not enough, you can do more. Don’t quit, pussy, you can do more. More! More! More!

Otherwise, a champion would never push past those mortal limits.

Unfortunately, as they say, you live by the sword, and you also die by it. 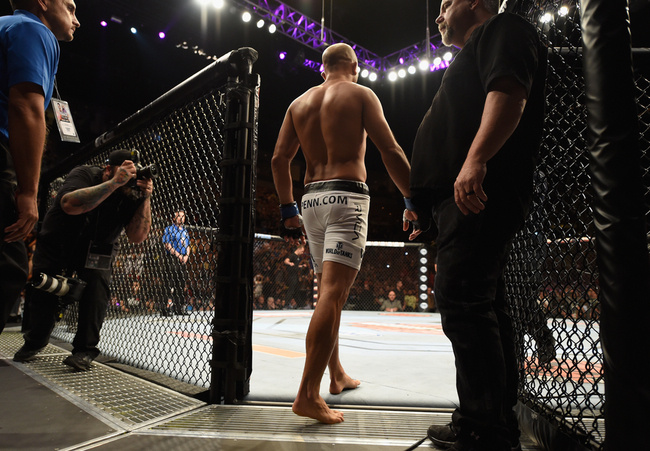 Which is why it’s both ironic and sad that for the greatest athletes, the real battle is walking away when it’s time. The voices just won’t let you rest. Muhammad Ali. Michael Jordan. Brett Favre. Try as they might, they couldn’t stop. And watching them falter wasn’t pretty.

“Nothing could satisfy me outside the ring,” Sugar Ray Leonard, boxing world champion in five weight divisions, once remarked, “there is nothing in life that can compare to becoming a world champion, having your hand raised in that moment of glory, with thousands, millions of people cheering you on.”

Like these greats, BJ has nothing to prove: world black-belt jiu jitsu champion, multi-division UFC champion, three consecutive title defenses, etc., etc. There is no fighter more loved and respected by both fans and peers.

During the post-fight press conference, he acknowledged that this fight was for him, not us. “I guess I just needed some closure,” he confessed, and shortly thereafter, he broke down crying.

As a friend and fan, I hope those were tears of relief. 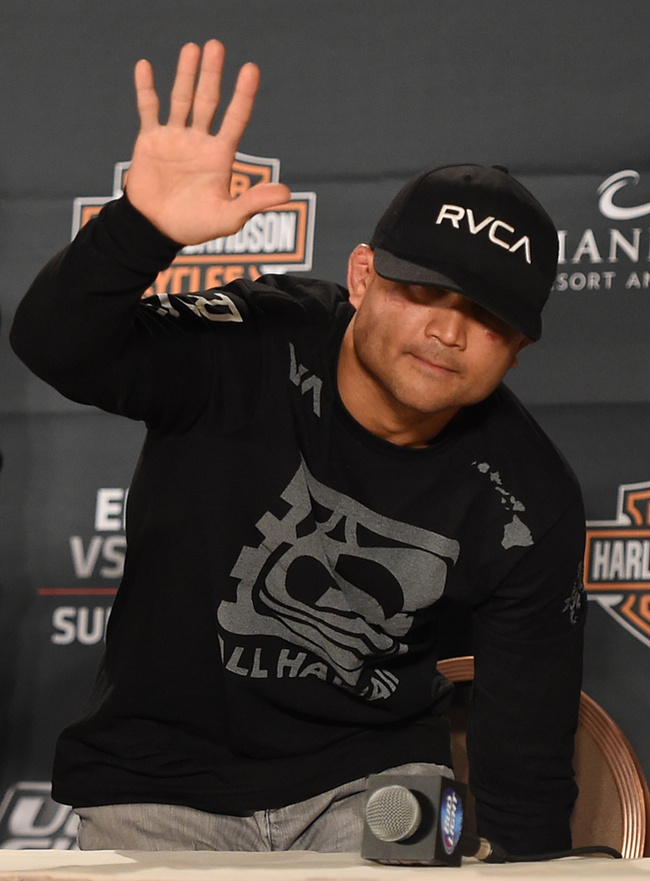