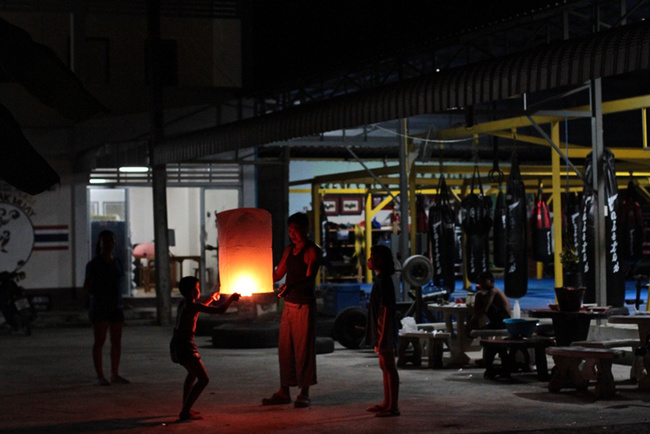 [Boonrit Aobanong can't remember how many fights he's had. Sometimes it's also hard for him to recall his age on command. He thinks for a moment, counts on his fingers, and comes up with 51. Age is something he doesn't really care to remember, he says.

Friends call him Rit, but during Thai boxing's legendary "Golden Era" of the 1980s and early '90s, he was known as Phon Narupai in the ring. Now his teaching name, Kru Phon, is what he hears most often. He is the head trainer of Santai Gym in San Kamphaeng, just outside the city of Chiang Mai in northern Thailand.

Originally from Chiang Mai's neighboring province of Lamphun, Kru Phon has been coaching in the same spot since 2002. His twin brother Lop, another fighter from the Golden Era, joined him as a trainer at Santai Gym a few years ago.

Kru Phon is well known and respected as a trainer. But his fighter self, Phon Narupai, was famous. In his prime, Phon Narupai was fast, sharp, crafty; he made his opponents look like amateurs in the ring. He took on champions in top stadia and often emerged the winner, victory after victory. Yet Phon never got a shot at a title belt.

When he looks back on his half-century of life in Muay Thai, not getting a shot at a title isn't his biggest regret. What Kru Phon regrets most is that he wasn't born 25 years later. After the Golden Era.] 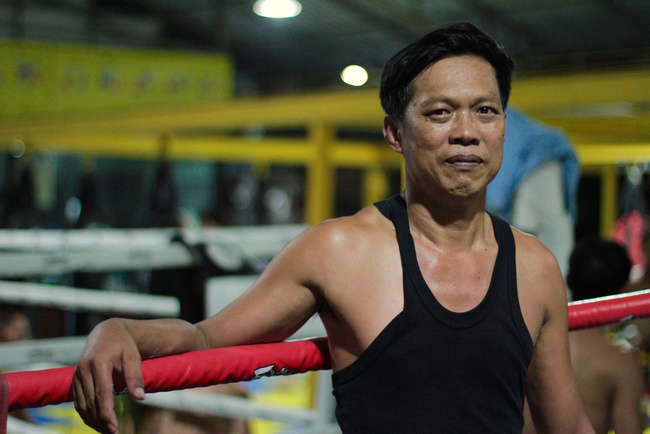 I left home to be a fighter when I was 17. The gym was in Trat Province, near the beach.

I'd started fighting when I was a kid, 12 or 13. I fought some small fights around Lamphun Province, went to school, worked as a mason in town. But I started training in earnest at 17. My father's friend's neighbor had a gym far away across the country, down in Trat. My twin brother Lop went there a year before I did, when we were 16. He said it was good, so I followed him.

Trat was different than Lamphun. The big industry there is gemstones and I was part of it, excavating for the stones, working in a factory. I did this for a living when I moved there because I wasn't sure if I was good enough at fighting to make a career out of it. I never found many gems. It was hard work, frustrating, and I didn't like the job at all. 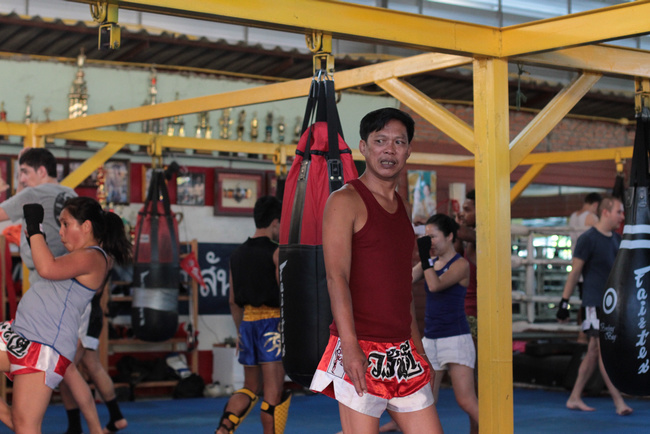 Lop started fighting in a Pinsinchai promotion. He would train at Pinsinchai Gym in Bangkok for a while before each fight. Lop kept going back and forth between Trat and Bangkok for fights, until finally he stayed in Bangkok. I ended up doing the same, and by the time we were 19 or 20, we both lived there full-time. We realized we had reached a dead-end in Trat, so we went to Bangkok for the opportunities.

The General bought our contracts. General Savek Pinsinchai. He's the one who ran Pinsinchai Gym. He used to be a fighter, and he trained us. This was a long time ago, but he's still famous now. He's in charge of the Channel 9 fights, except it's not called Channel 9 anymore. Now I think it's Spring News TV.

I was a Pinsinchai fighter, a top fighter, but I never got a shot at a title. Never got that fight. It probably had to do with management. Back then, when I fought for the General, he was very strict about the rules. For example, in checking weight, if I were 110 pounds and my opponent were 111, just a one-pound difference, the General would cancel the fight. I think he angered a lot of promoters, so after a while they didn't ask for any of the General's fighters. 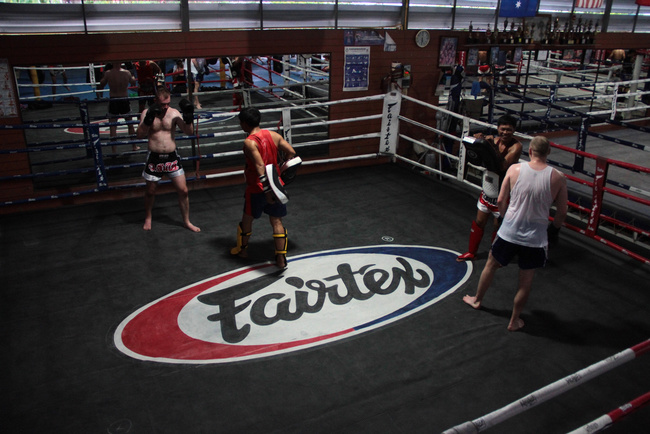 Even without a title shot, I did well for myself. Three times I beat champion Kongtoranee Payakaroon, Samart Payakaroon's older brother. In my memory, the best fight I ever had was when I won over Kongtoranee at Lumpinee. It was March 28 but I don't remember the year. Going into it, I thought I might win. Could go either way, 50-50. Kongtoranee was already a champion, but I knew I was at the same level. I won by TKO, kept jabbing until his eye swelled. Kongtoranee went back to his corner, couldn't open his eye anymore, and the ref stopped the fight. I remember talking to Kongtoranee after the fight. He said I was a tough opponent and that my jab blinded him. He was okay after that, he was also friendly, civil at least, but his brother Samart was angry about the result.

In the old time, you had to do more to win a fight. The judge was the only judge. Nowadays it's like a public judgment. Everyone in the audience helps the judge to judge. The gamblers have a huge influence. Sometimes you have a good team or a lot of fans; they cheer and make more noise, and that gets you more points. 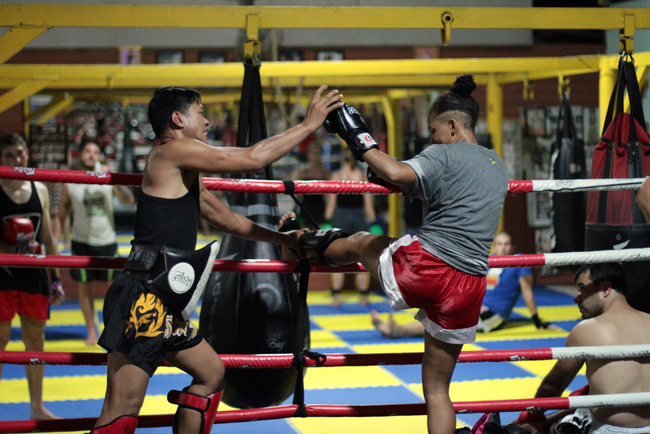 Training is completely different now too, at least in the cities. A lot of Muay Thai gyms today are really modern and comfortable. When I moved to Pinsinchai 30 years ago, it wasn't like how it is today. No one had the equipment back then that they have now. Like weight lifting, we had to lift blocks of concrete, put cement in a basket and pick that up. No rings either, usually. Sure we had bags to kick, but just homemade. Just one bag with 10 fighters taking turns on it. The gloves were different too, thinner. First brand I used was Thai Samai. Gloves now are remarkably better. And we had no shin guards either. Nothing, no substitutes, it was just tougher back then. All that training without shin guards makes your shins stronger. You train, your shins hurt, then they heal, then hurt, then heal, and then it doesn't hurt anymore.

In the Golden Era, purses for smaller fights would be maybe 7,000 to 10,000 baht. Fighting a main event could earn you 30,000 to 80,000 baht roughly, but it wasn't too often that I fought a main event in a top stadium, maybe just once every three or four months. You have to understand that back 20 or 30 years ago, there weren't many top fighters who could earn this. You had to be an elite fighter to be paid that way. And there weren't too many big venues in which to fight. Back then, all we really had were Lumpinee and Rajadamnern.

Now there are so many titles, so many championships. Seems like it's not important anymore. But there are so many more opportunities now, so many big places to fight, so many promoters, and if you're really good, they all want you. I wish I were fighting now rather than back then. 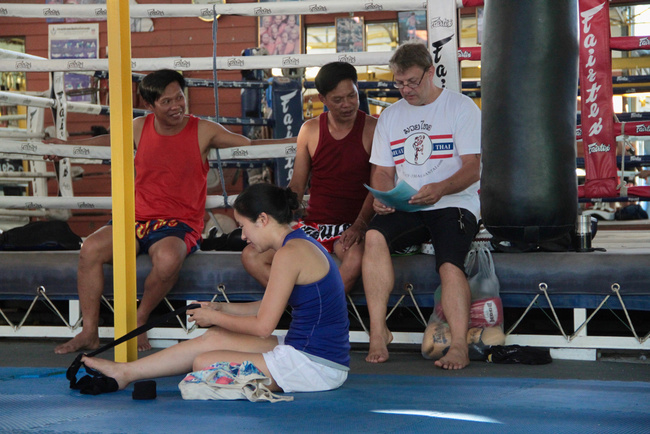 Today the fighters earn similar amounts to what we earned back then, maybe on average 40,000 or 50,000 for a good fight in a big stadium, but today there more championships and promotions, and all these new sponsors and tournaments. Fighters can earn 500,000 or a million baht in some cases.

It's all about money and sponsorships now. If I could have been a fighter now, I could have earned more money and been rich. We were headliners in our time. If we could fight now, then Lop and I and everyone we fought with would all be rich. 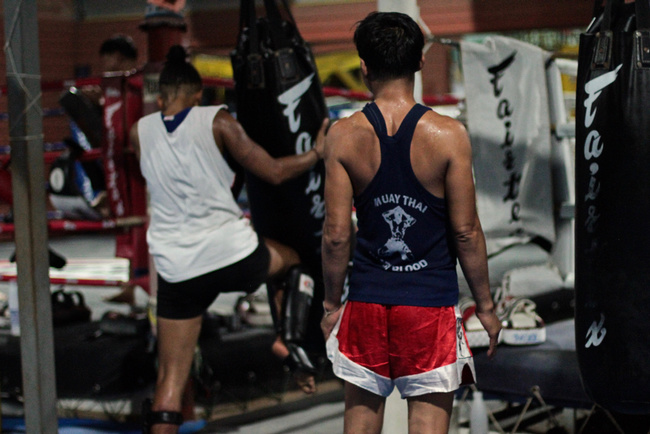 Champions now aren't what they used to be. If you put Golden Era fighters against today's fighters, the ones from my generation would win because they had to be at such a high level even to fight on main cards in Lumpinee and Rajadamnern. You had to be great to fight in a place like that. But now anyone can go fight in Lumpinee and Rajadamnern, as long as you have a good promoter. If you know someone in the stadium, you can get in and fight without a problem. 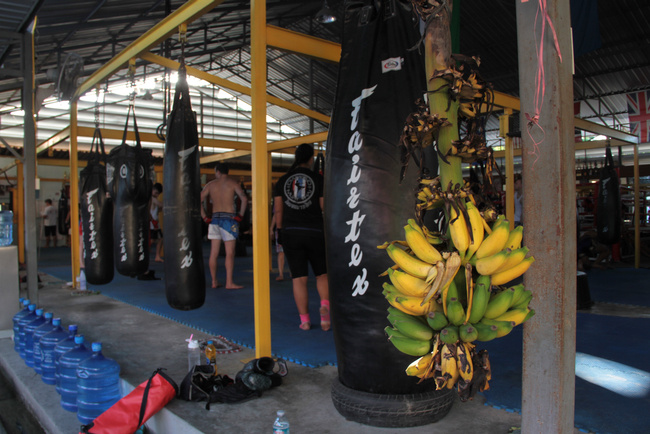 Who are the top fighters today? I don't even know who is the best anymore. Buakaw and Saenchai are famous but it seems they fight only foreigners these days. Each stadium has its own one good fighter, but these top fighters don't fight against each other; they're in different promotions. So who is the best today? I can't even tell you.