Bourdain in the Tank 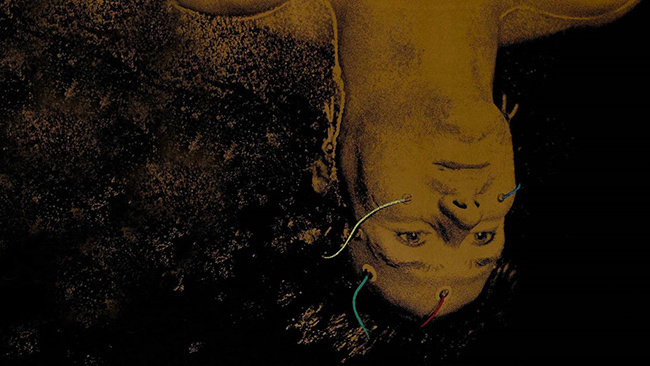 It's 1956 and at a highly secret, highly classified research site, a "volunteer" subject -- maybe it’s a soldier, maybe it's a convict, or maybe it's a lobotomized monkey -- is being lowered into a dark, heavily salinated tank of water as part of Project ARTICHOKE. Most likely the subject has been injected with a large dose of pure LSD 25, though he might not be fully aware of that. Nor is he aware, as he's lowered into the warm, dark tank, only slightly larger than a coffin, that he is part of a larger, even more secret and soon-to-be-notorious research program run by the CIA called MKULTRA. Its aim is to "break" or, better yet, to find a way to "brainwash" enemy agents.

Data compiled during this and similar programs in sensory deprivation will eventually find its way to Guantanamo Bay and other secret interrogation sites around the world.

Sensory deprivation tanks were developed in 1954 by John C. Lilly, a neuro-psychiatrist at the National Institute of Health outside Washington D.C., while he was working on trying to isolate the operations of the brain in the absence of external stimuli. The CIA and military intelligence hoped to use the tanks as an interrogation tool and as a way to break down a subject’s personality and beliefs. But Lilly was mostly interested in the tank’s positive effects and as a way to better understand the nature of human consciousness.

The sensory deprivation tank is basically a soundproof and lightless box holding about 10 inches of warm water and 800 to 1200 pounds of Epsom salts, which insure perfect buoyancy. The water temperature of 93.5 degrees is the same as human skin. Once inside you float effortlessly. Your central nervous system is no longer busy calculating the direction of gravity. There is no outside stimuli, no distractions.

A while back, I was having one of those nights where I just couldn’t fall asleep. Every part of my body hurt from too many hours of Brazilian jiu-jitsu. I had just read an article about MMA fighters Pat Healy and Gegard Mousasi using flotation tanks to good effect and I figured it was worth a try. A quick Google search turned up a tank at a wellness center a few blocks from my jiu-jitsu academy. I booked an appointment for the following day.

I called my husband, Anthony, to let him know what I was up to, figuring he'd think it was my latest crackpot obsession of the week, but it turned out he's a floater from way back. He even got all sentimental remembering it.

“Back in the late 80’s my kitchen crew and I used to float all the time,” he told me. “There used to be lots of 24-hour sensory deprivation centers and we'd generally go after work, when we were bone tired but still flying on adrenaline if not other, less ... natural shit. An hour in the tank and I'd come out relaxed, rested, my back feeling amazing, and in good shape to interact with normal, non-restaurant people. Interestingly, I found that for a day or two after floating, my experience of colors and flavors would be much more acute and intense. Reds were redder, blues brighter, and the taste of food more explosive. Lying in the tank, I'd feel like I was moving through space, my brain speaking to itself in an unfamiliar language. I miss the tanks. Let's get one. Right after the Japanese toilet I want."

The following day, after my usual training, I headed over to the center.

The tank didn’t really look like a tank, more like a fiberglass pod, like something from 2001: A Space Odyssey. All I could think of was, What if Hal doesn’t want to open the pod bay door once I get in? The attendant assured me I could open the door at any point using a button inside the pod. There was another button for the interior light.

I lay down in the pod and the door automatically closed. For the first 10 minutes I kept the light and music on. But then I hit the buttons and I was in total silence, total darkness.

Soon, any sense of separation between skin and water disappeared, and it really seemed like I was floating in space. All I could hear was my heartbeat, my stomach growling, and blood rushing through my veins. Every time I closed my eyes I had this strange sensation that my body was completely spinning around.

My memory flashed on the movie Altered States (a film based on Lilly’s research on the tank and LSD) and how when I was a kid I watched it after my parents went to bed and how during the final scene, when Edward spontaneously turned into a deformed mass of primordial matter, his wife touched him and she turned completely red and veiny, like an egg before the shell was formed. I must have been 6 or 7 years old and my grandmother and I used to kill our chickens together and I enjoyed playing with those red veiny eggs before eating them.

Many other memories that had been buried in my brain for so long came back to me.

Soon I was no longer sure how long I had been in there. Was it minutes or hours? I could no longer feel my body, and I kept wiggling my toes to make sure my feet were still there.

Before I knew it my session was over. At first I felt heavier, then, strangely, much lighter. My muscles felt loose and any pain was nearly gone. Though subsequent sessions have led me to believe that the physical benefits are actually only a small part of the positive effects of floating. Once you get used to the tank and can completely relax, you can quickly reach a state where your mind feels free, a relaxed state between wakefulness and sleep. At this level of brain activity, many report enhanced creativity and improved problem-solving skills, something I find particularly useful when I have to prepare competition strategies. Then there are the hypnagogic hallucinations, which can be visual, auditory, tactile, or even olfactory.

In the words of UFC announcer Joe Rogan, “The sensory depravation chamber has been the most important tool that I’ve ever used for developing my mind, for thinking, for evolving. Everybody should do the tank. You will learn more about yourself than any other way.”

Check out Ottavia's other columns: