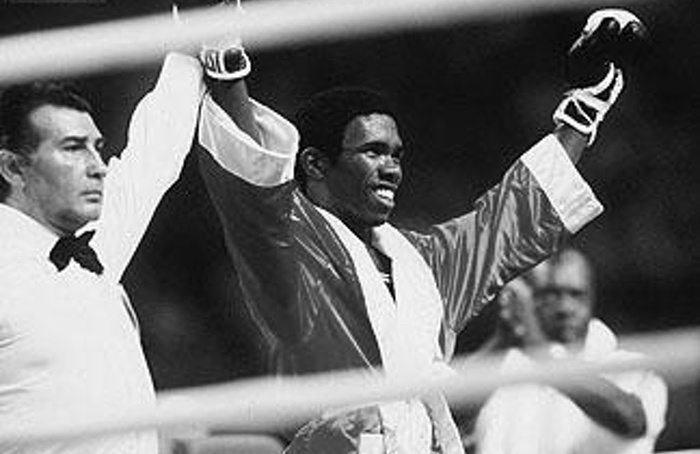 We begin the New Year on a bit of a somber note by reporting that Howard Davis Jr. passed away two days ago due to a bout of lung cancer. Davis’s most noteworthy accomplishment was winning the Val Barker Award of "Most Outstanding Fighter” at the 1976 Olympic games in Montreal. To put that statement in a bit of perspective, the 76' USA Boxing team has gone down as one of the best fighting squads the country has ever produced, boasting names like John Tate, Leo Randolph, Michael and Leon Spinks, and the legendary 'Sugar' Ray Leonard. Pat Putnam of Sports Illustrated even wrote, Davis as being “even more skilled as a fighter than Leonard.”

Davis captured the gold medal against Simion Cutov of Romania, capping off an impressive 120-5 fight amateur career where he bested names like Aaron Pryor and Thomas Hearns. Three days before the opening bout, Davis considered withdrawing from competition after receiving word that his mother had passed away from a heart attack, but opted to push through the tragedy in remembering his mother’s final words: “Good luck, and you better bring back that gold.”

Davis's success would not transfer as highly into the pros, however. Though compiling a very solid 36-6-1 record, he fell short in his three title bouts against Jim Watt, Edwin Rosario and now famed trainer James 'Buddy' McGirt. He made a short comeback after a six-year retirement before retiring for good in 1996.

Post-retirement, Davis began work as a trainer and delved deeply into the world of MMA, acquiring a position as a striking coach at American Top Team, and helped prepare Chuck Liddell for his first bout against Shogun Rua. Davis also appeared on The Ultimate Fighter season 11 as Liddell’s boxing coach, and in 2010, he co-founded Fight Time Promotions a Florida-based MMA promotion, which currently airs bouts on CBS Sports.

Davis was diagnosed with Stage IV lung cancer earlier this year, a surprise to most since Davis reportedly never drank or smoked a cigarette in his life, and according to friends, followed a strict vegetarian diet. Doctors gave him a year to live, but Davis took a fighter's perspective to the matter.

"I never ask why I got (cancer). I just started fighting,” Davis said to an interview with the Sun-Sentinel. “If you are a champion, champions don't quit."

Things got worse over time and Davis’s weight dropped nearly 60lbs. The caner ran its course and on December 30th, his brother Kenny Davis confirmed that the former Olympian had passed. He survived by his wife Karla Guadamuz-Davis, their 5-year-old daughter Samiha as well as sons Howard Davis III, Diara, Dyah Ali, and Khamali and daughters Anikah, Amira, Imaan, Yaasmeen and Myrium.

Additionally, he leaves behind a number of communities that cared for him deeply. There is a street named after him in his Long Island hometown, and painted murals to inspire local up-and-coming fighters. A number of MMA’s top contenders chimed in on the news of his passing, and those that knew Davis viewed him as a positive figure in what often can be a difficult sport.

It’s clear that Davis made a significant impact on the fighting world, and we here at Fightland bid him farewell.