Boxing in One of Peru's Most Dangerous Places

By Sebastián Enríquez and Fernando Bernal 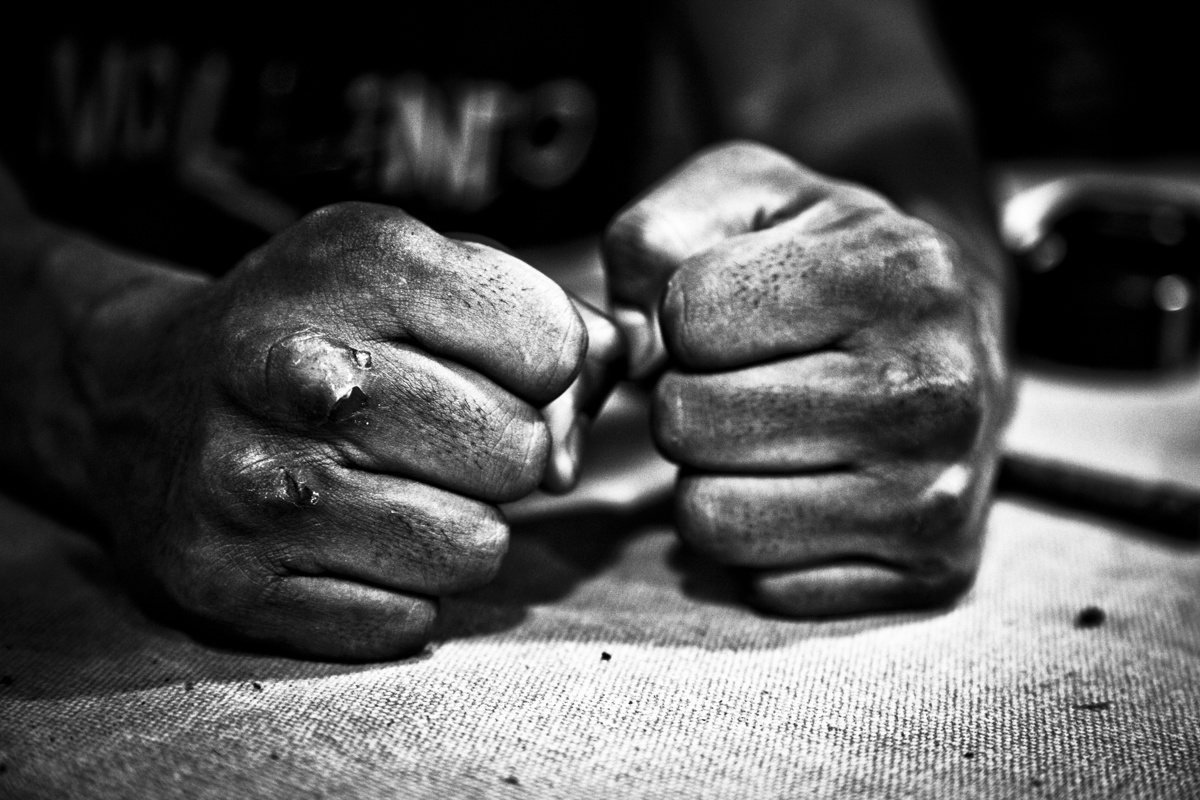 His fists are his dreams. Sometimes the titles of art projects are cryptic, other times they’re so obtuse that it’s difficult to find the relationship they have with the piece itself. In this case, the result is tremendously descriptive. Peruvian photographer Sebastián Enriquez’ (b. 1991, Lima) images speak of boxing, of dreaming about the sport becoming an escape, and also about hits. Those you get on the ring and those you get from life when you’re caught off guard. “The title is an analogy of how box becomes to them a unique dream that is within reach by using their fists. Boxing is the most similar world to their lives—what happens in a fight reflects what they live on a daily basis,” the author tells us.

Let’s go to the place where these dreams evaporate (or where perhaps they’re born). He’s in his native Peru, but we want him to talk more of the people and the field that serves as a backdrop. “I created this project over two years in the Escuela de Boxeo Rojitas (Rojitas Boxing School) in El Callao, the most important port and one of the most dangerous places in Peru. This school is the most significant source of boxers in the country, where children start hitting the heavy at an early age in order to forget the problems in their neighborhood, their home, their corner,” says the photographer, who’s been creating projects documenting the social problems locally and internationally since 2012. 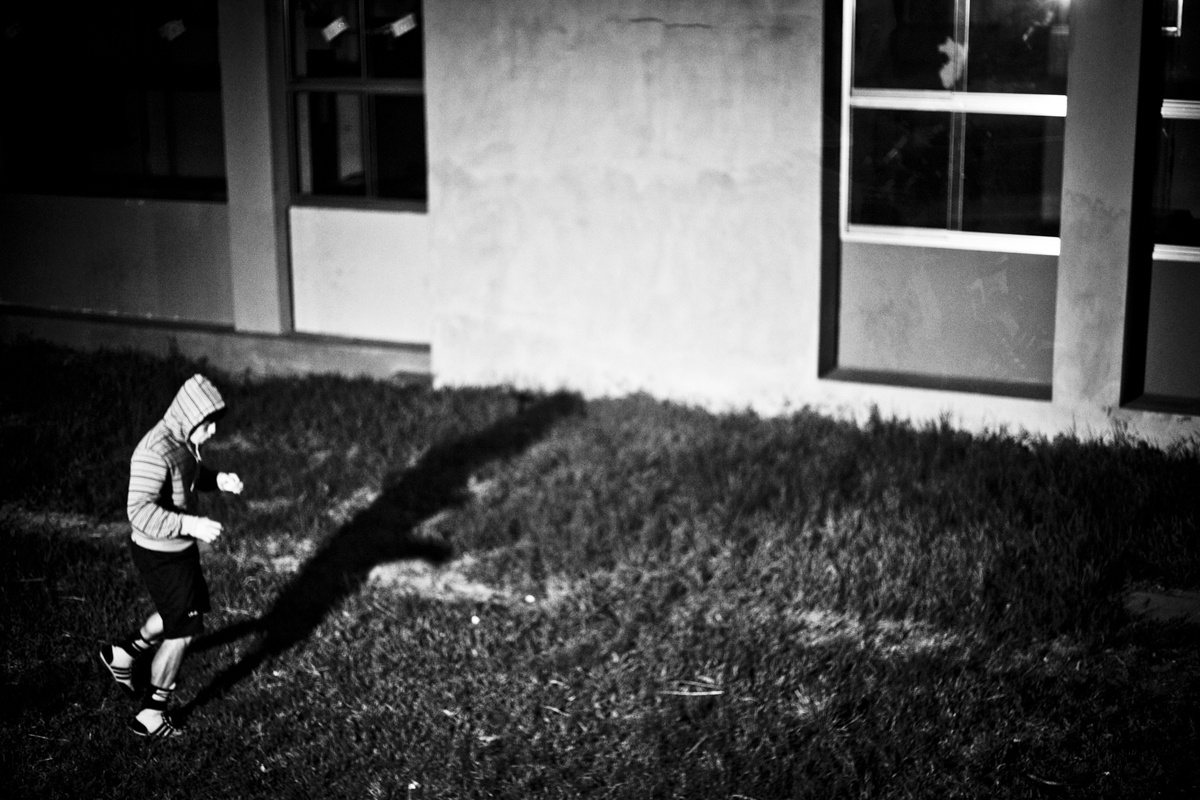 And the kids who train there, how are they? “It’s a place where the majority are unflavored youths who want to fight in order to get out of poverty, drugs, crime, and a lot of them are orphans. I wanted to show how boxing represents their fight and how the ring becomes a subliminal space where they can domesticate the violence that they face every day,” the author explains. Soon he’ll begin a residency in Barcelona, and he’s published work in The New Yorker, The Los Angeles Times, Neue Zurcher Zeitung and El Comercio,

Sebastián arrived at boxing after having trained in Muay Thai, which is what awoke his interest for combat sports. A teacher spoke to him of the places where they forged future boxers, and, just by chance, he chose el Callao. “One day I finished a summer day at a stadium called Telmo Carbajo, where the Rojitas Boxing School was at the time. At first I didn’t bring a camera because I didn’t want to get ahead of myself or rush anything. I needed them to forget that I was there in the gym, and that was only possible with time and sharing a lot with each boxer.”

What about the boxing world did the photographer find stimulating? What pushed him to make these images? To situate himself among the boxers? “The fight, the meeting between two people on top of the ring. It’s been written about in books, it gave so much inspiration to films and stories. I was more interested in concentrating on the preparation of these boxers, on the lives they lived and on what it meant to them to box. Those answers I wouldn’t find in the gym or the ring—those answers were in their homes, in their families, in the street.” 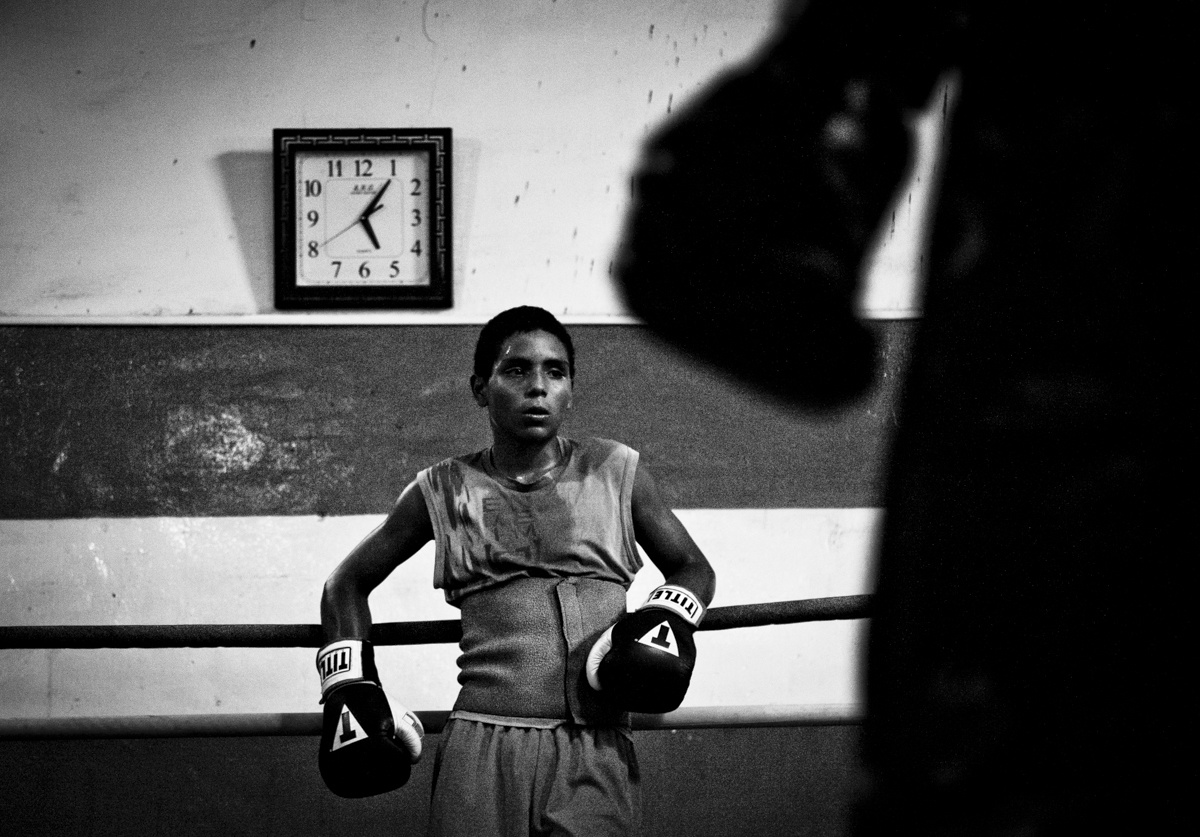 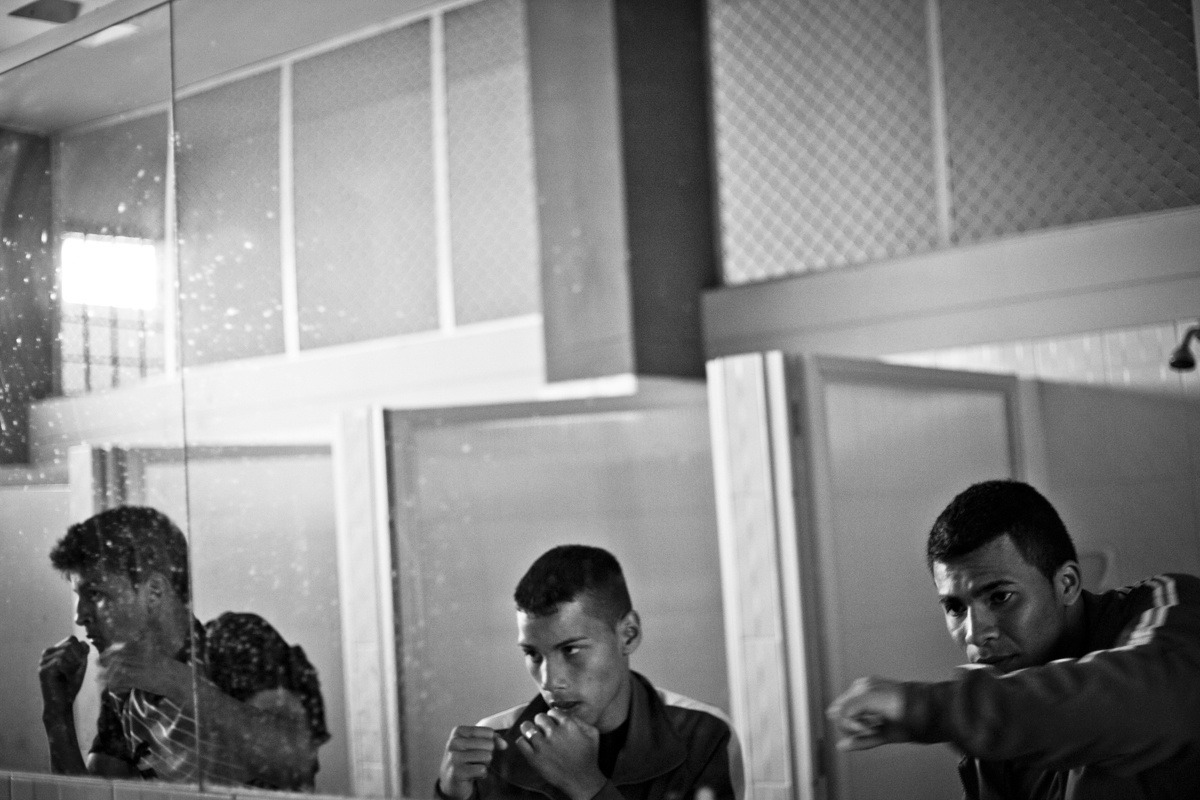 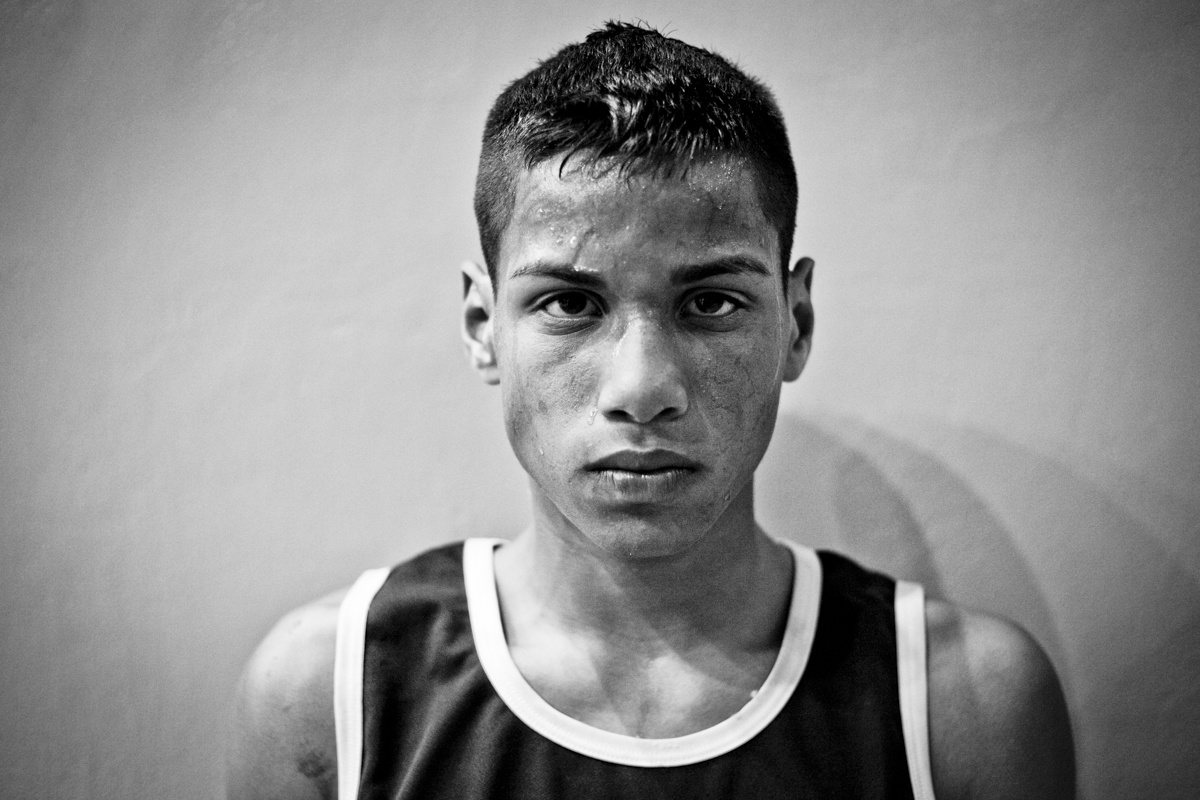 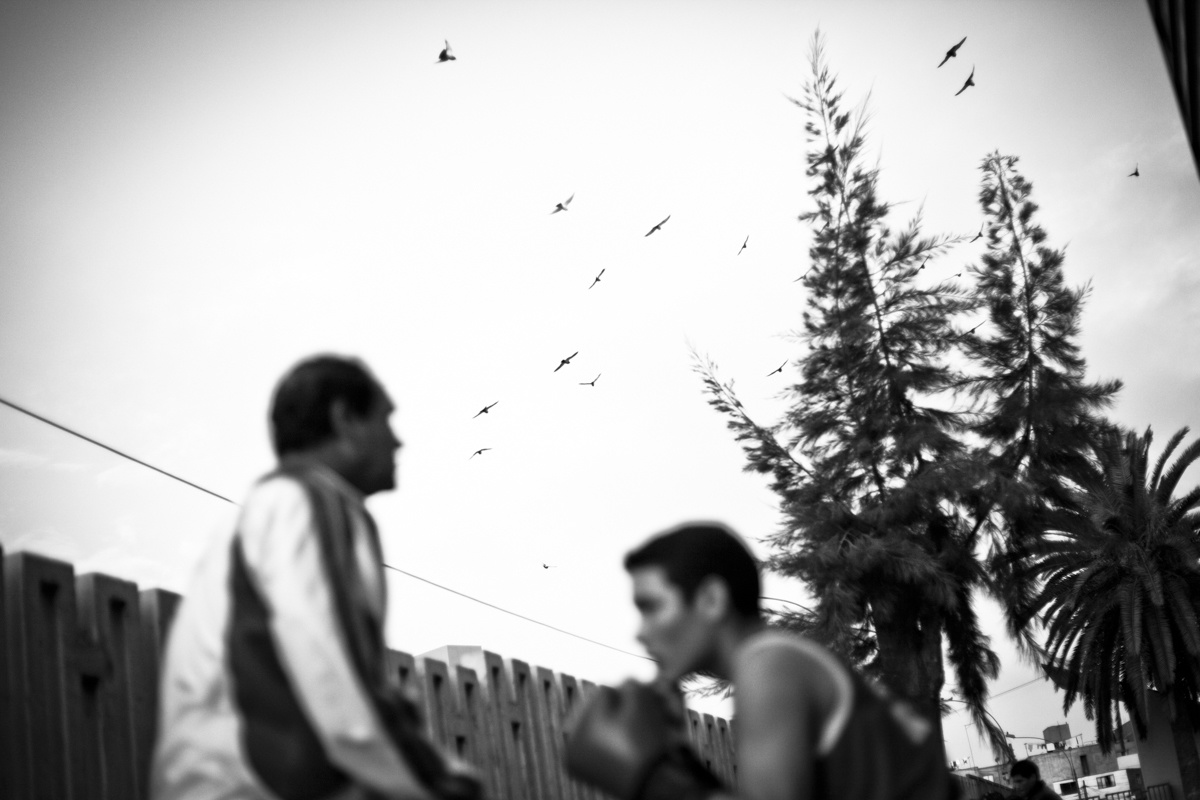 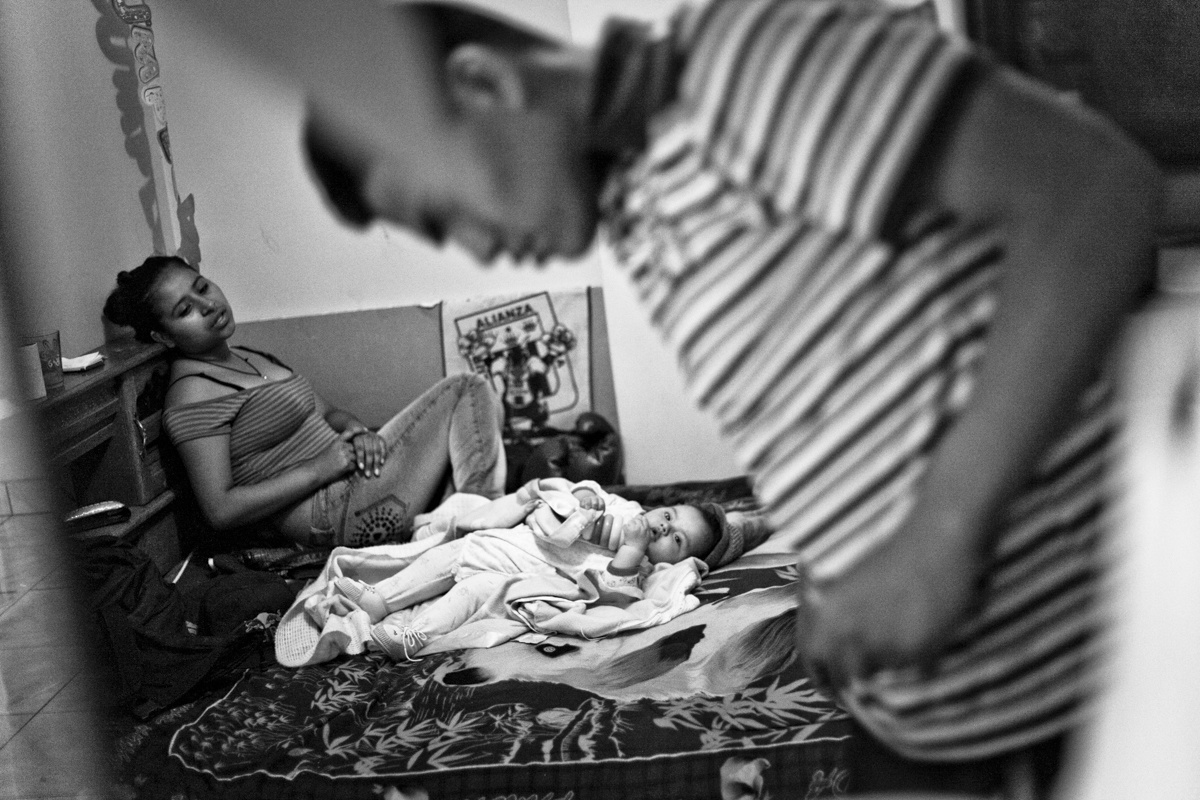 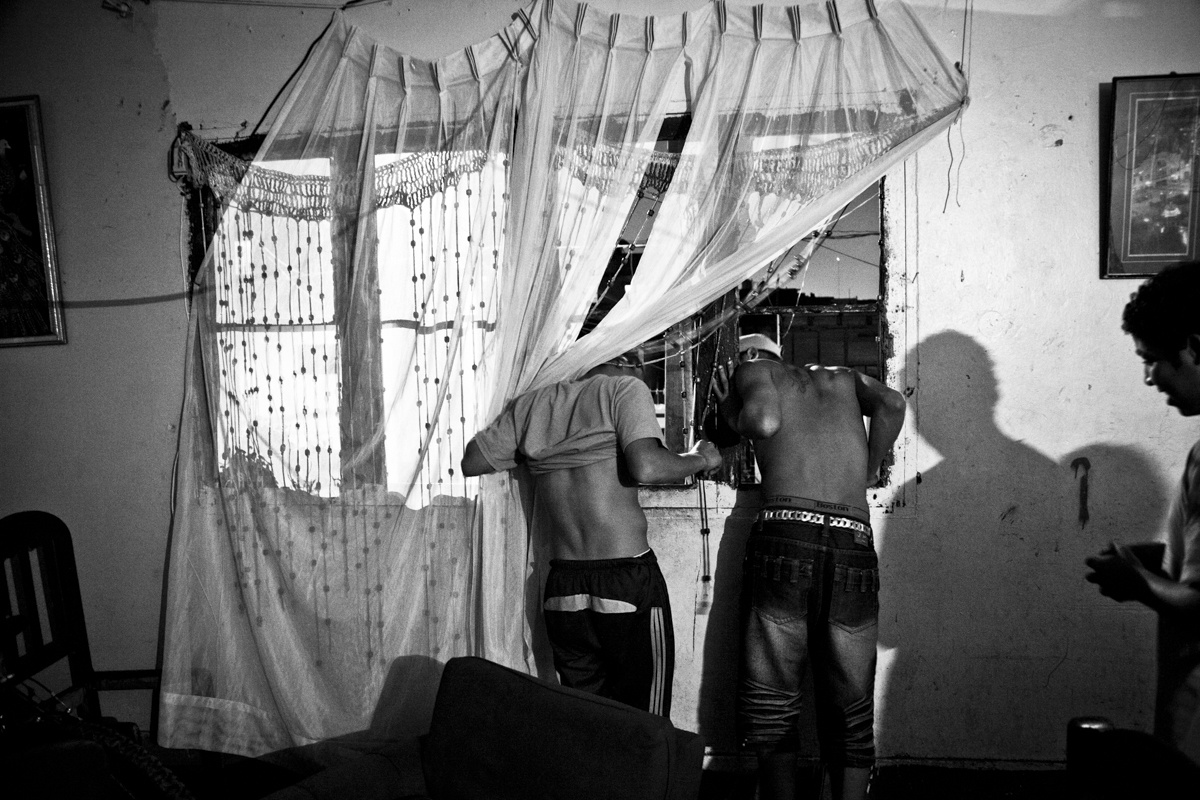 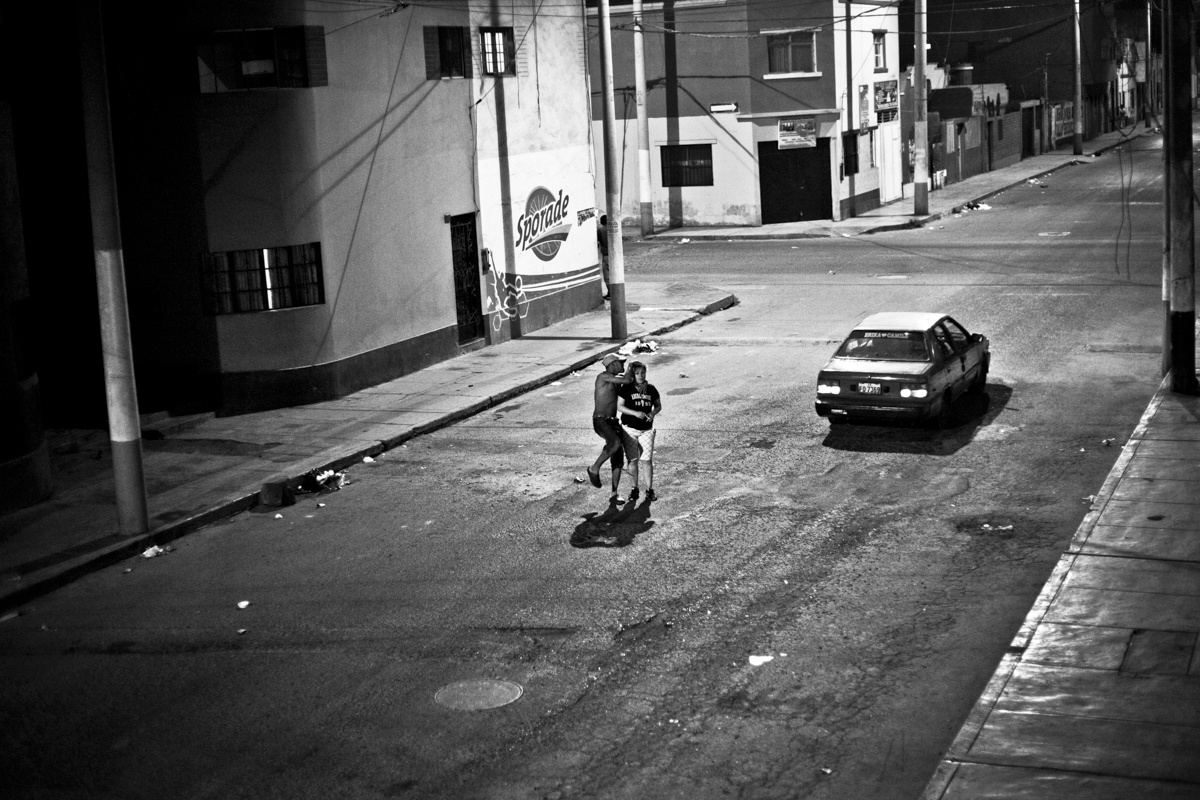 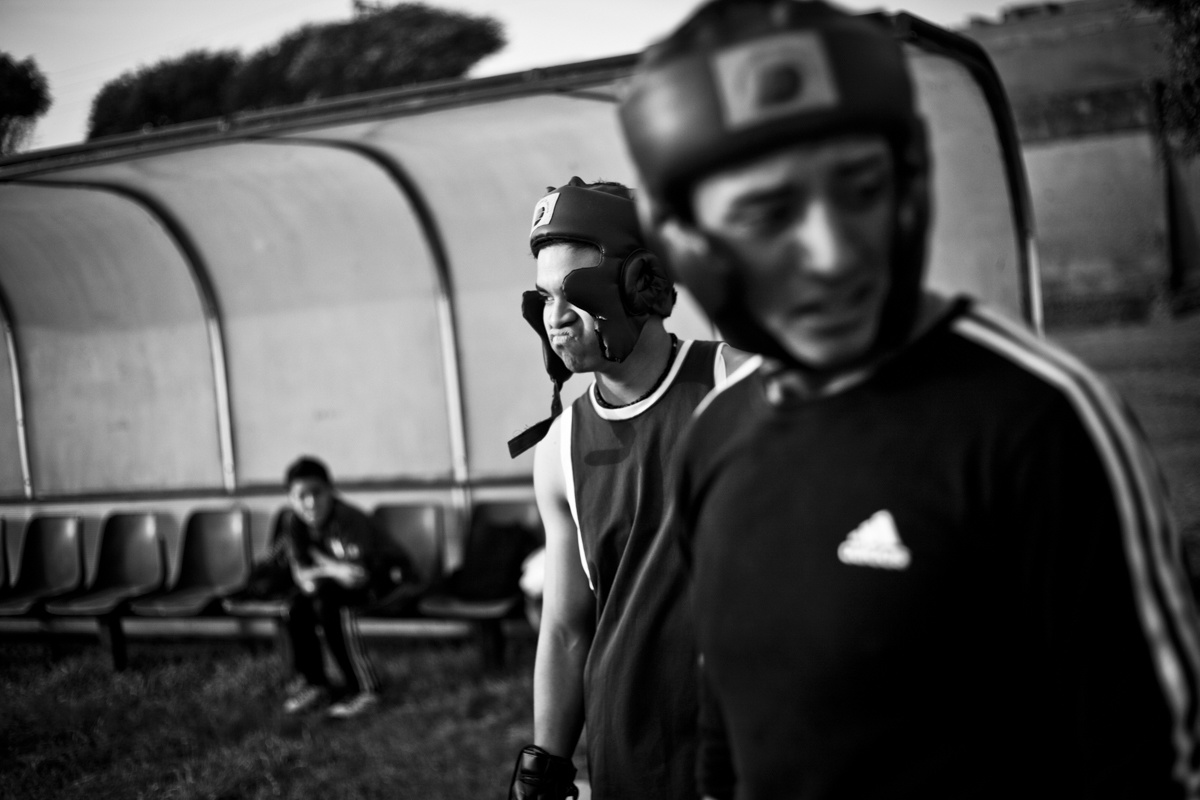 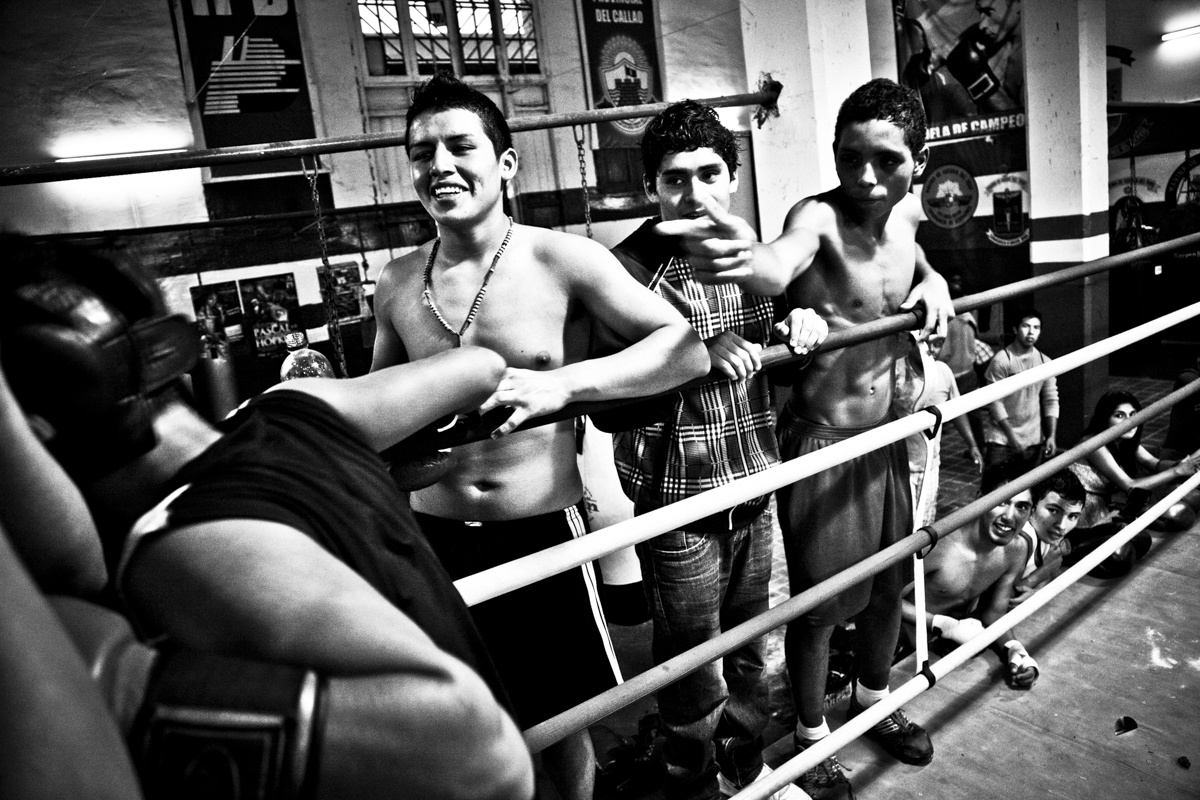 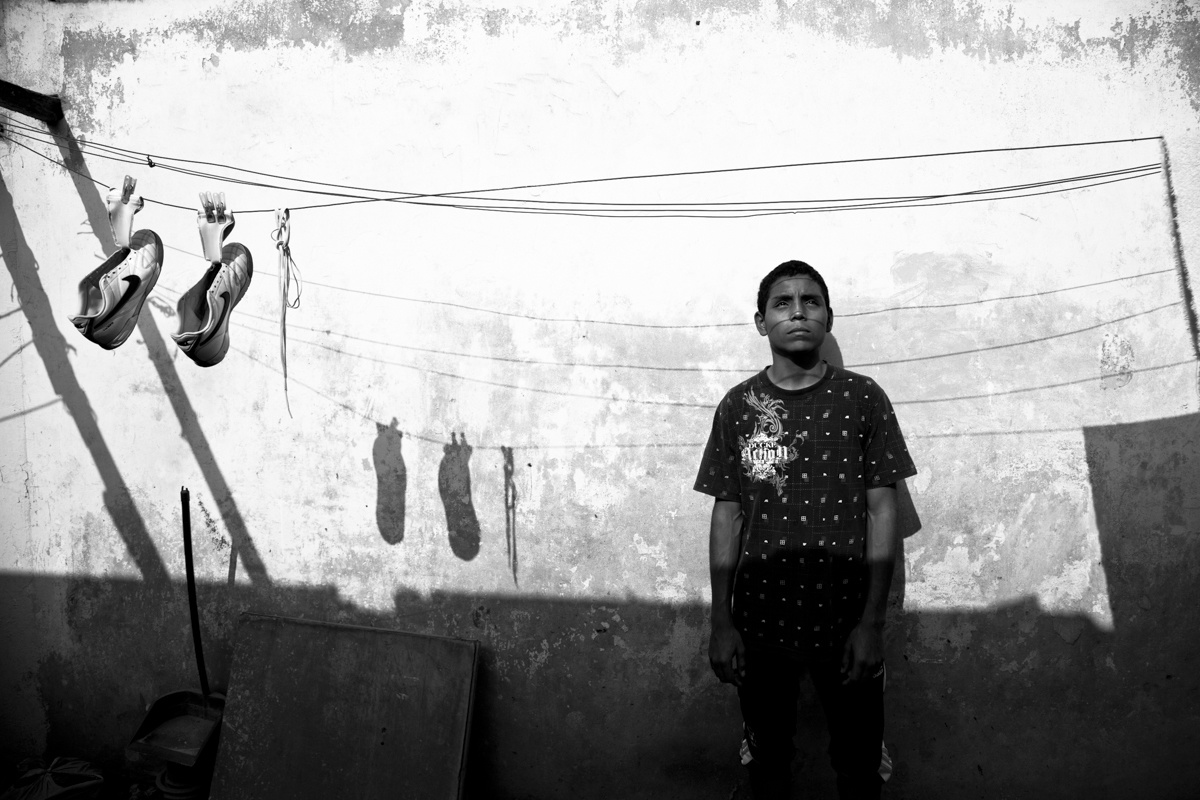 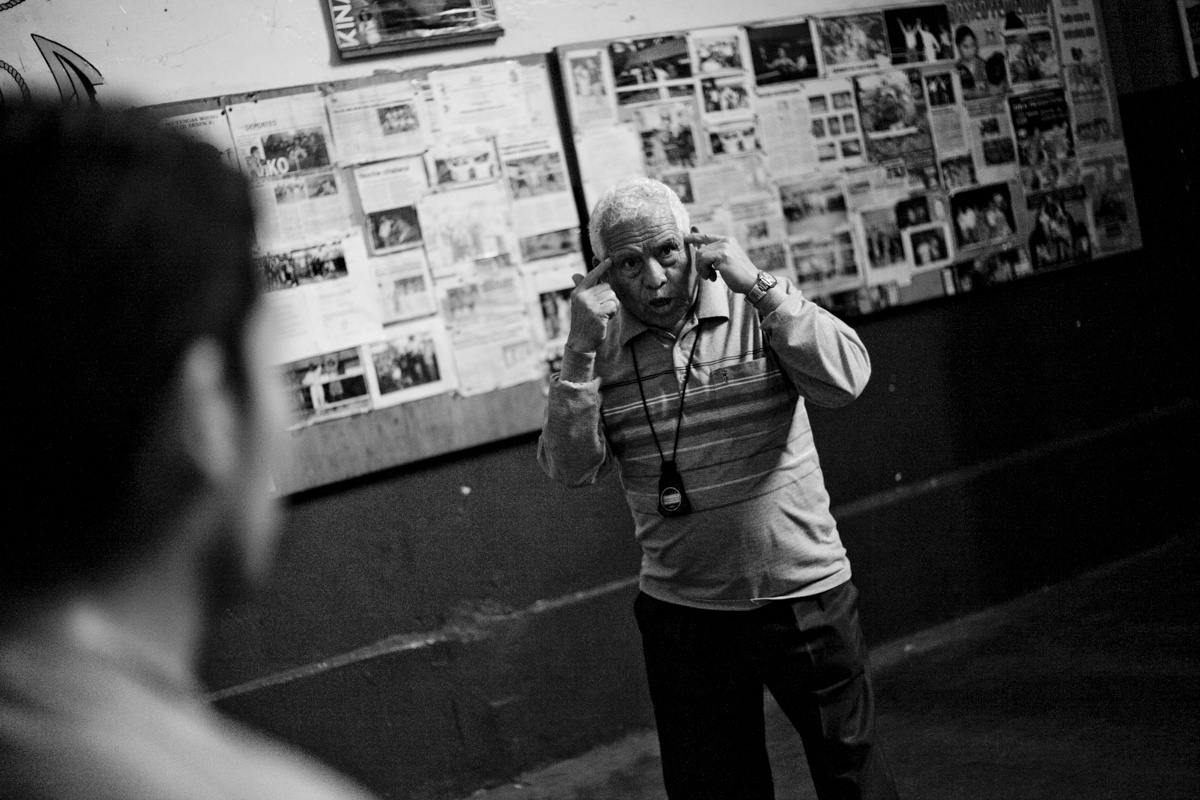 This article was originally published on Vice Mexico.