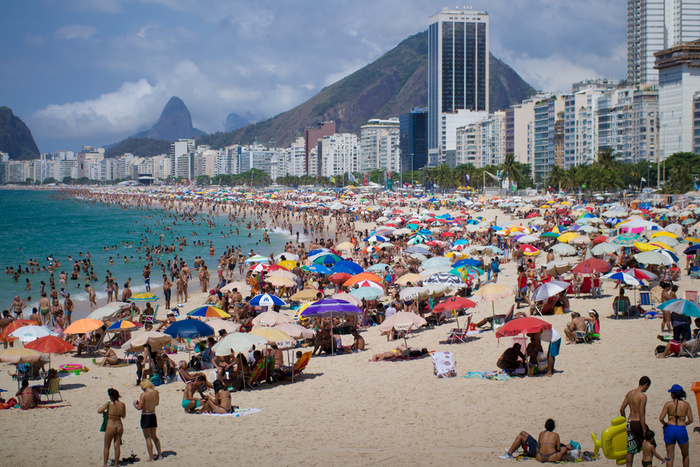 In February 2014 Fightland published a story about a special unit of the Sao Paolo, Brazil, police department that had been trained to use Brazilian jiu jitsu to deal with rioters. The 140 officers of the Tropa do Braço, or Troop of Arms, were equipped with no weapons, just three months of BJJ training—the better, police spokesmen said, to subdue without injury or death the great masses of people then protesting the country’s decision to host the World Cup soccer tournament during a period of swelling economic inequality. At ensuing protests the use of the Tropa resulted in far fewer civilian and police injuries, but we couldn’t help wondering at the time about the psychic price a country pays when it uses its national sport (a sport designed to give the weak a fighting chance against the strong, no less) against its own people, especially when those people are in the streets fighting for the rights of the poor.

Well, it’s been over a year since the World Cup ended (was the host country’s historic shellacking by Germany perhaps karmic payback for Topa do Braço?). Brazil is now preparing to host the 2016 Summer Olympics, and the country is once again witnessing the use of Brazilian jiu jitsu as a tool to subdue mob violence resulting from economic inequality. Only this time the mobs lack a political message and the subduers are not the police, but the people themselves.

According to reports in the Brazilian media, Rio de Janeiro, where the Olympic games are set to kick off 317 days from now, is under a sort of siege from large groups of poor teenagers from local favelas who descend upon the tourist beaches of Copacabana, Ipanema, Arpoador, Botafogo, and Humaitá en masse, running through the crowds and terrorizing sunbathers, tormenting cops, and snatching purses, cell phones, and other valuables. Officials say this recent (though not new) wave of mass robberies known as “arrastoes,” or “dragnets,” coincides with a sharp economic downturn in the country, which has been plagued for as long as anyone can remember by deep divisions between rich and poor.

Until recently law enforcement officials had been dealing with the arrastoes by employing stop-and-frisk searches of minors on beach-bound buses and barring young men from entering public beaches. But after public outcry and legal attacks from human-rights activists claiming the police’s methods were discriminatory (the great majority of those being stopped and frisked were, just like in New York City, black), a court banned the police from searching buses and preventatively detaining youths who hadn’t committed any crimes. Since then the number of incidents on the beaches and in the streets of Rio has ticked up.

With the end of those questionable police tactics and the rise of violent incidents, citizens have started taking it upon themselves to fight back against pickpockets and thieves (and people they think look like pickpockets and thieves), stopping robberies, chasing off suspects, and helping the police secure arrests. Last weekend a group of citizens took things one giant step further, though, attacking a bus that was returning to the suburbs, smashing its windows, and attacking passengers who were attempting to escape through the windows.

And now more formalized vigilante groups are popping up on the Internet, promising revenge and calling on citizens to take matters into their own hands. One group in Copacabana is planning an organized action this Sunday, telling people to bring baseball bats, brass knuckles, batons, stun guns, and other weapons for what they call a “cleansing of the southern zone.” A cleansing! One critic on the site said these vigilantes “want to fight banditry by becoming bandits,” and Rio State Secretary of Public Security José Mariano Beltrame told the press he fears the rise of vigilante “justice” will result in “lynchings” and said the police will have two enormous problems on their hands instead of one.

In moments like these one always hopes that cooler heads will prevail, perhaps heads trained in the art of using combat skills for good. For example, two weeks ago a Brazilian mixed martial artist named Monique Bastos subdued a mugger in Acailandia by using her jiu jitsu skills, keeping the criminal from getting away but also protecting him from the quickly gathering mob of angry passers-by. That’s martial arts at its finest: strength and humanity all in one. But I’m at heart a skeptic when it comes to human beings in a group, convinced that a mob mentality will always prevail when given even the slightest bit of room to breathe. So, I wasn’t entirely surprised to hear that a group of 30 mixed martial artists in Brazil had recently formed their own vigilant gang to deal with the arrastoes. According to members of the gang, they search city busses looking for young men who “look like they don’t have a [penny] in their pockets.” But don’t worry your pretty little heads about things like racial profiling or class discrimination or the sweating, drooling, seething, mindless mania of mob violence: The MMA gang swears they don’t hurt these young bus passengers when they get their highly trained hands on them. "We don't beat them up. We want to show that we are not hostages. The police officers supported us,” gang member Daniel told local newspaper Folha de Sao Paolo. “The proof is that they didn't arrest us."